Campbelltown Arts Centre and Sydney Festival will be working together to exhibit a collection of works from Myuran Sukumaran, an artist who, along with one other member of the Bali Nine, was executed by firing squad in Indonesia for drug trafficking.

The show, entitled ‘Another Day In Paradise‘, will have over 100 of Sukuran’s paintings, including some gut-wrenching self-portraits he painted in his last few hours before execution. 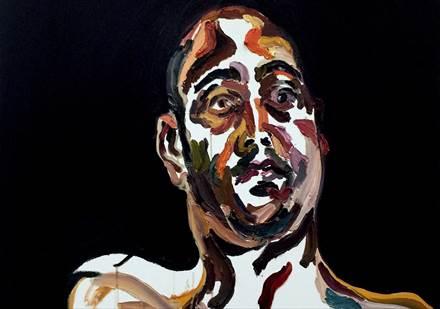 “We’re honoured to present Myuran Sukumaran’s first major exhibition and to place his work alongside leading Australian artists. Myuran’s story is proof of the true potential for art to change lives, even in the most extraordinary circumstances. A contemporary art gallery in the heart of Western Sydney, we are pleased to present an exhibition which explores one of the most complex but important issues of our time.”

Quilty said he had invited Indonesia‘s president Joko Widodo and hoped that it would have an impact on him:

“I hope that all political leaders around the world who still advocate for the death penalty will get a copy of the catalogue that we make for this exhibition, and will see the humanity in it and the absolute waste of human life.”

“Myuran’s artistic practice was sacred to him: Despite being faced with the most barbaric act of execution, Myuran maintained the most extraordinary dignity. It speaks a lot to the human condition and even more to the practice of art, he found solace in it. For Myuran, painting was his religion.”

The show will run from January 13th to March 26th, which will coincide with the 50th anniversary of the hanging of Ronald Ryan, the last man to be hanged in Australia.