A bunch of great art exhibitions and events are kicking off this week at various venues around Melbourne, Sydney, Perth and Brisbane. Thanks to all the students, artists and gallerists who have contributed to our weekly art round up with great tips for events and exhibitions. Our world would be a less beautiful place without you. Here’s our picks of the week in art…

Who TIN&ED
What To coincide with their fifth birthday celebrations, retailer/gallery/publisher Somedays is hosting a new show by Melbourne based art/design duo tin&Ed. United Eye is a new collection of risographic prints by two super talented dudes whose work explores beauty in the banal expressed in their distinctive aesthetic.
When Opens 1st December 2010 – 30 January 2011. Opening night is 6-8pm on Wednesday, 1 December and you can RSVP here.
Where Somedays – 72B Fitzroy Street, Surry Hills NSW 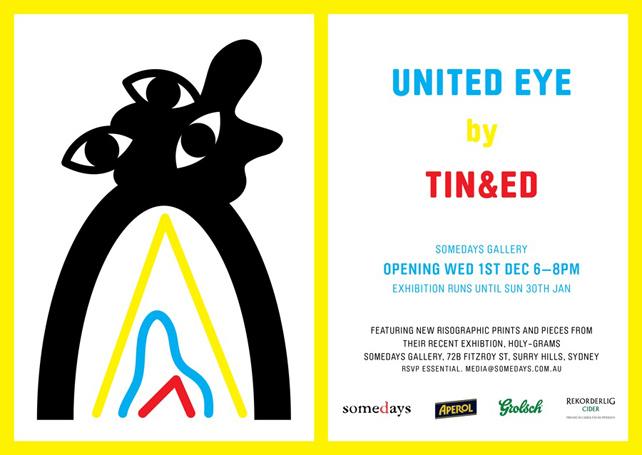 Who DAMIEN HIRST
What The enfant terrible of the Young British Artist movement needs no introduction. Metro Gallery is exhibiting the only set of Hirst’s iconic spot wood cut prints released in Australia. The edition is 48, printed on 410 gsm Somerset white textured paper. Each of the twelve works are signed by the artist on the front and numbered on the reverse. They’re expensive because – like any of Hirst’s work – they’re highly collectible.
When Opens 1st December 2010 – 24 December 2011. Opening night is 6-8pm on Wednesday, 1 December.
Where Metro Gallery – 1214 High Street, Armadale VIC 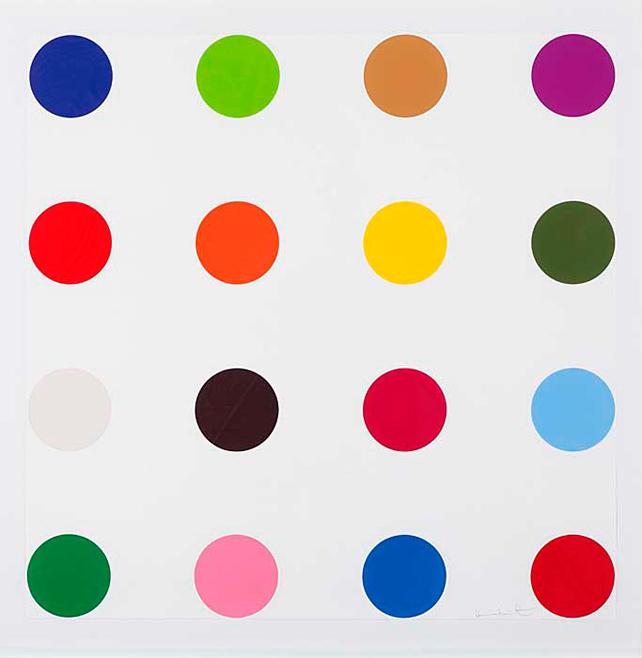 Who Curtin University Degree Show (Perth)
What Check out the future of Australian visual arts at the Curtin University Degree Show (Western Australia) which will feature over 50 artists of all ages and backgrounds, some with only uni exhibitions behind them and some who are already exhibiting nationally and internationally. From the graduating class and Honours students of Curtin University Department comes work ranging from all disciplines from painting, ceramics, sculpture, textiles, jewelry and print to performance based works and video.
When Opening times: Friday 3rd December 6pm – 10pm; Saturday 4th December; Sunday 12th December 10am – 4pm
Where Curtin University: Buildings 202, 203, 212, Brand Drive (off Manning Road) South Entrance, Bentley Campus Perth WA 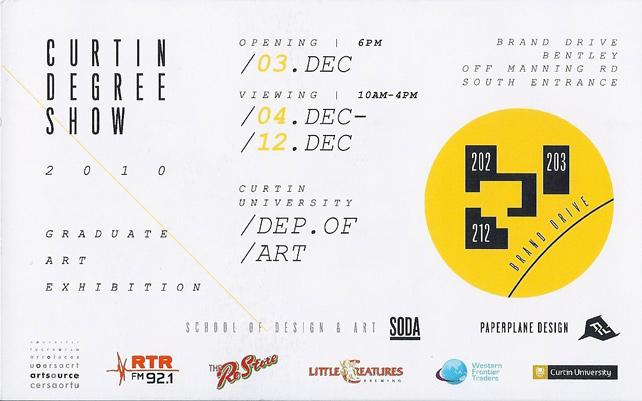 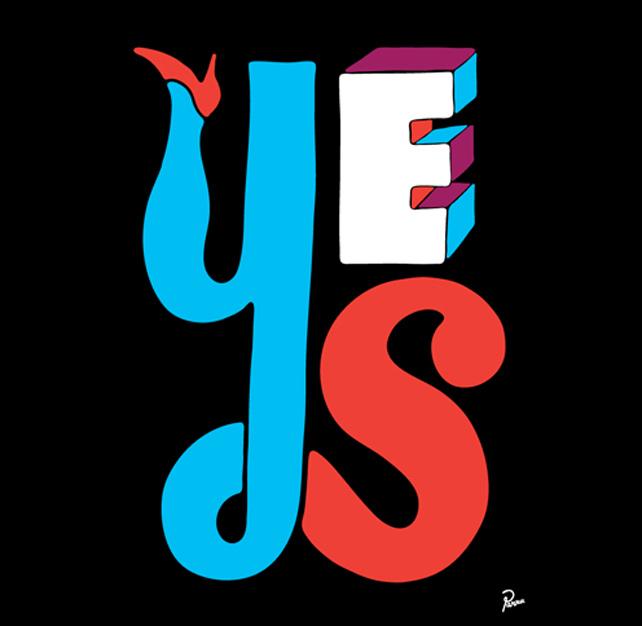 Who PATRICK BOLAND, DEAN GOLJA, CRAIG PROUDFORD & JULIE BURKE
What Presented by The Papermill Gallery Not Even These Images Will Last combines the photographic work of Patrick Boland, Dean Golja, Craig Proudford with mixed-media work by Julie Burke. These artists explore issues of memory, time and the temporal nature space and location.
When One night only: Wednesday 1 December 2010.
Where The Papermill Gallery – 1 Angel Place, Ash Street, Sydney NSW 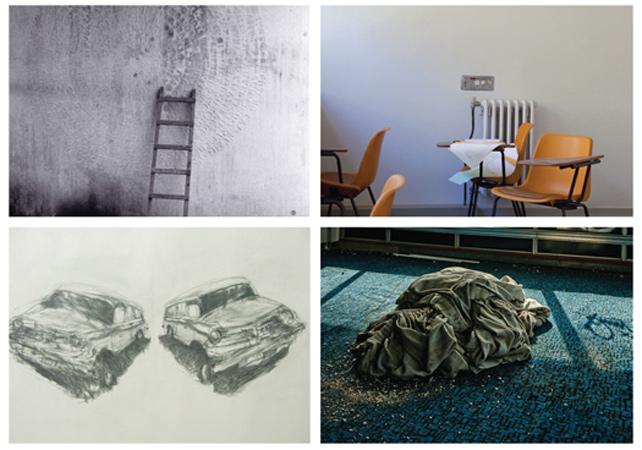 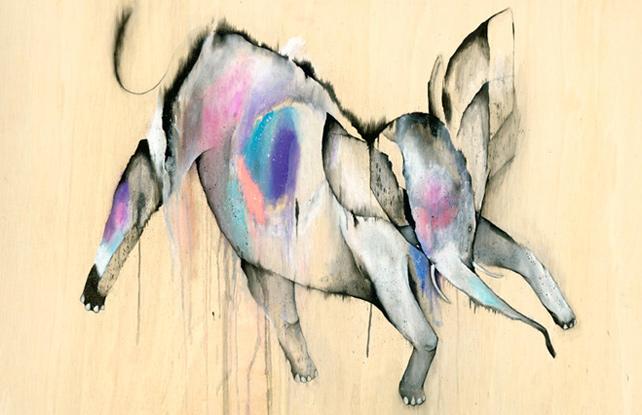 Who DAIMON DOWNEY
What He’s better known for his work in Australia’s music industry but Daimon Downey’s creative output also falls within the realm of visual arts. His graphic and colourful first solo show of sculpture and paintings will be staged in a raw space as a pop up gallery.
When Opens 2 December until 22 December 2010
Where Post Building Shop 1, Corner Macleay Street and Greenknowe Avenue, Potts Point NSW 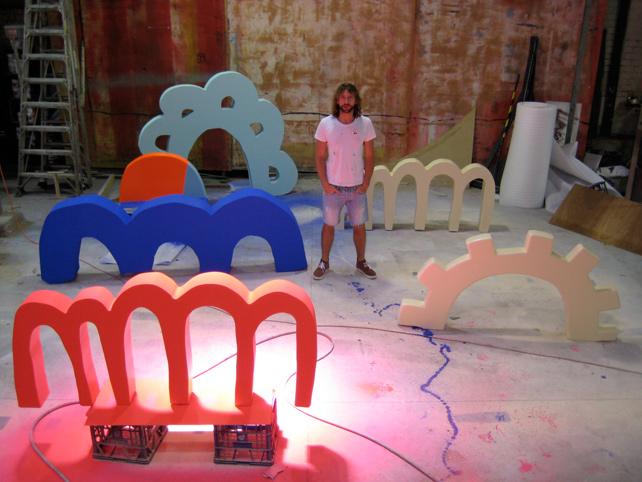 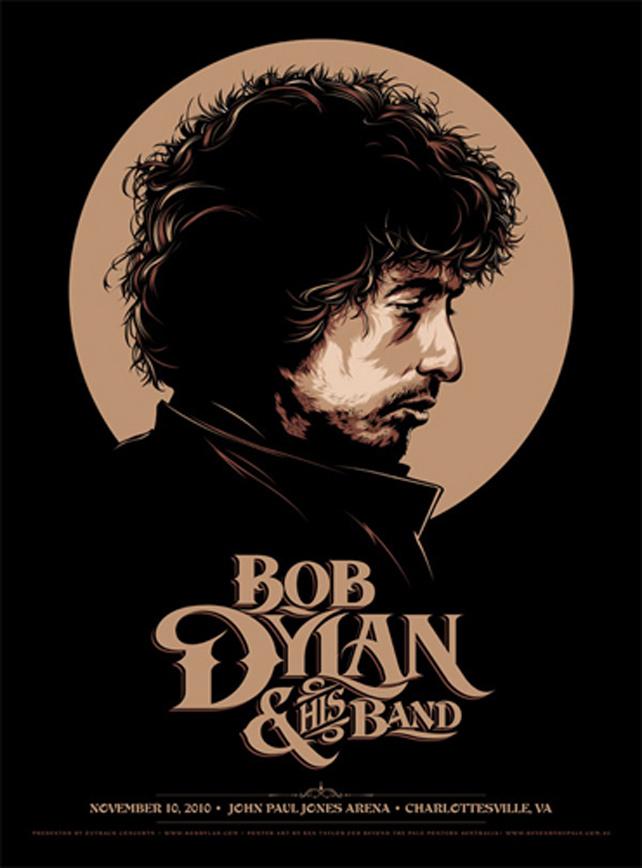 Who SPARE PARTS
What Spare Parts continues! Don’t miss this unique exhibition that bring together a diverse range of artists all using pre-loved prosthetic limbs as their canvas. The show will create and promote over 40 individual pieces of art and parallel to this, a positive and open conversation about prosthetics.
When Open until 5th December 2010
Where Brisbane Powerhouse – 119 Lamington Street, New Farm QLD 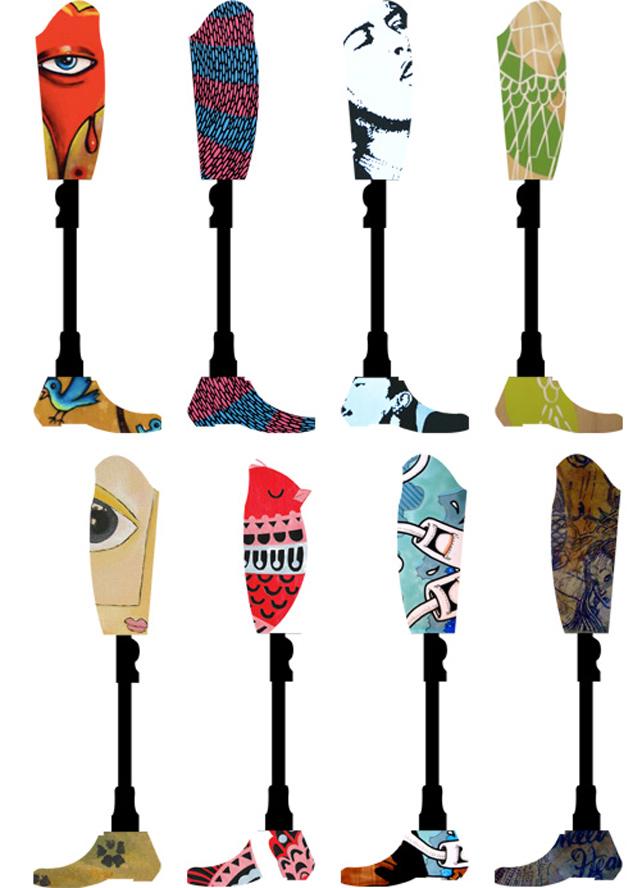