The Archibald was first awarded in 1921, for prize money of 400 pounds. Today, it’s worth a hefty $50,000, with the winning entry selected by the Trustees of the Art Gallery of New South Wales. As a general rule, they tend to choose the portrait that is the least appealing to the public.

Whilst the entries may not offer up anything conceptually complex, (relative to a great deal of contemporary art now), you can always guarantee some sort of controversy surrounding the prize, and for this reason alone, it’s worth following.

Particularly notable occasions were in 1964 and 1980 respectively, when there was no winner because the Trustees didn’t think any of it was up to scratch.

Another favorite Archibald moment came in 1938, when someone called Max Meldrum criticized Nora Heysen’s winning entry by saying that women could not be expected to paint as well as men. Although we can’t expect anything THIS juicy to happen in our annoyingly P/C society anymore, it’s always fun seeing how things unfold.

The Archibald Prize is great, first, and foremost, because it gives ill-informed members of the general public a chance to make unfounded value judgments on what is “good” and “bad” art. Today, at the press release for the Packing Room Prize winner, I overheard things like “that’s so fauve” and “he looks like he’s in deep thought.” These types of conversations are increasingly prevalent at an exhibition like this, and therefore allow for the exhibition to qualify as completely worthwhile attending, if only for the laughs.

The pinnacle of public involvement comes in the form of the People’s Choice Award. Which is often, as patterns seem to reveal, least like the actual Archibald Winner, and 90% of the time, a study in photo realism.

Secondly, the very existence of a Packing Room Prize award is genius. It essentially gives all of those people who did the grunt work of handling and hanging the entries behind the scenes, a chance to have their say on who deserves to get noticed. First awarded in 1991, the Packing Room Prize is adjudicated by the Gallery’s Storeman, Steve Peters – who continues to claim his right to 51 per cent of the votes. The business of Archibald is democracy at its best.

This year’s Packing Room Prize went to multiple award winning artist Nafisa, for her portrait of Glenn A. Baker (pictured above), entitled Glenn in black and white. The Mumbai born Nafisa, recieves $500 and a $500 ANZ Visa Debit Card, but subsequently a lower chance of winning the $50, 000.

Baker, a three-time holder of the BBC’s Rock Brain of the Universe title, said he was enormously humbled and chuffed to join a list of winning packing room subjects, which have included musicians Neil Finn and Jimmy Barnes. The large- scale portrait shows an incredible likeness to Baker, and was intended by Nafisa to capture the writer’s larger than life, larrikin personality.

With the 34 finalists for the prize all revealed today, chosen from 849 submissions, it comes as no surprise that there are a slew of familiar past entrants. Namely, Adam Cullen, Craig Ruddy, Jasper Knight and Martin Ball.

In the spirit of giving my opinion of what should win more validity than it deserves, here are a few of my favorites: 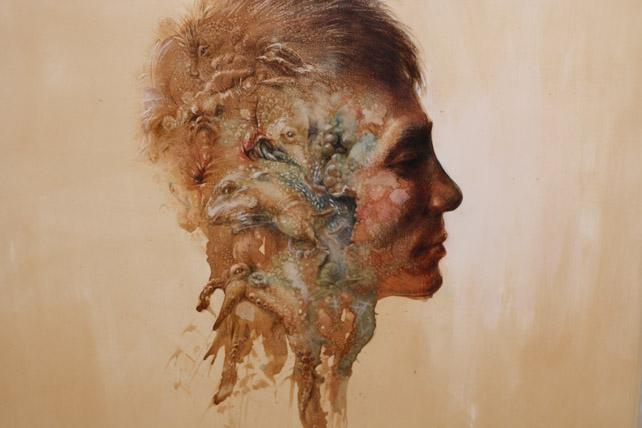 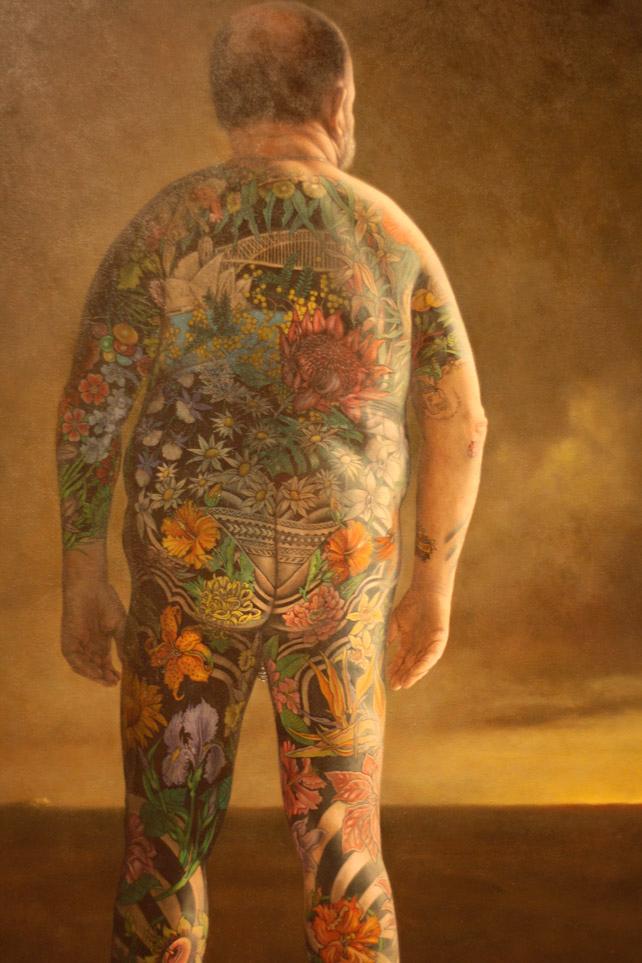 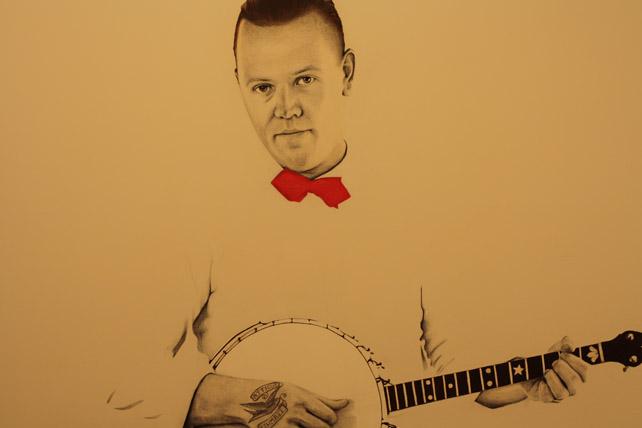 and Apple Yin’s “The Previous Life” 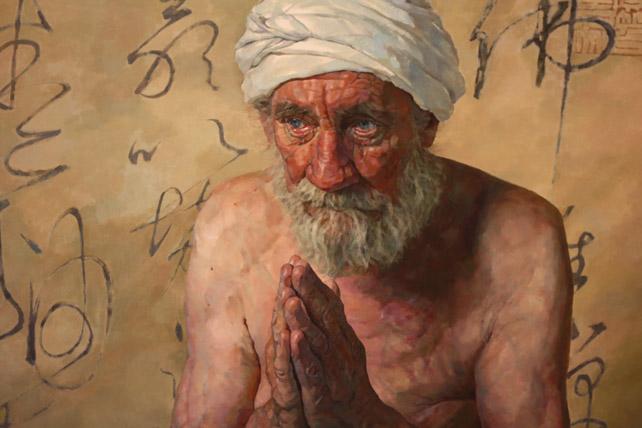