BEFORE YOU WHINGE: No, this piece isn’t paid for – it’s just an awesome initiative PEDESTRIAN.TV fully supports.

Alright, as if we didn’t already hold a special place in our hearts for ANZ on account of their A+++ GAYTMS, it’s gone and upped the ante by making over an entire branch in honour of the 10th birthday of its Sydney Gay and Lesbian Mardi Gras sponsorship.

The bank’s Oxford Street, Sydney branch – at the Darlinghurst – has been completely reimagined inside and out as a baroque-inspired financial fucking wonderland that features two new GAYTMs, chaise lounges, a marbled floor and 16 hand-painted murals inspired by the LGBTQI community.

The level of detail is intense / amazing: the GAYNZ even features a sculptural homage to the Danish Zoo‘s two homosexual penguins, who last year made headlines after pairing up to care for a baby penguin abandoned by her mother. 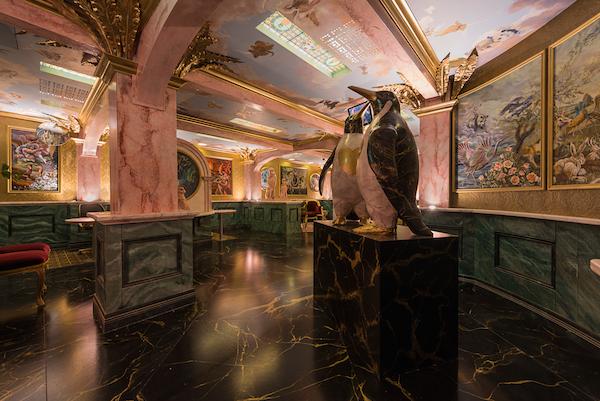 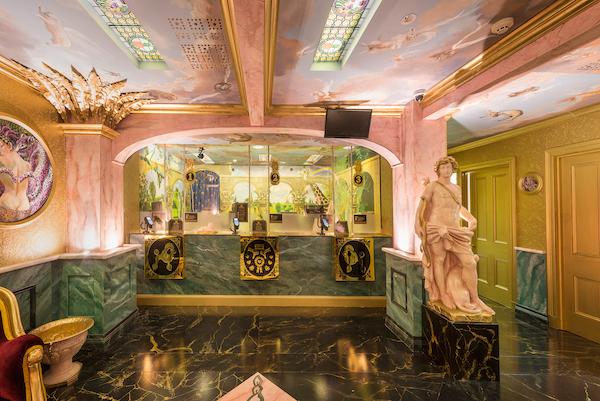 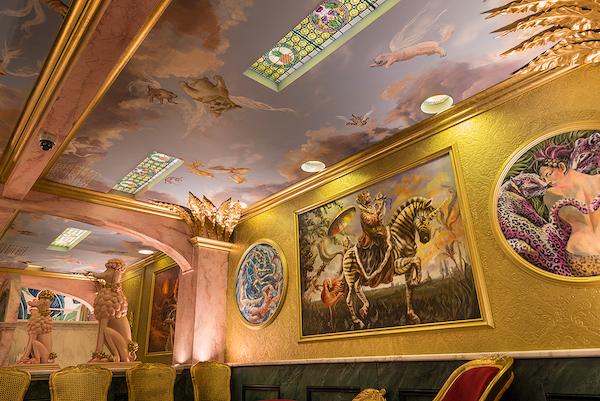 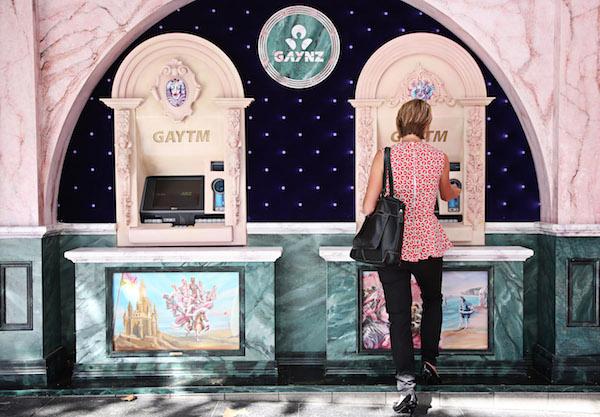 Why the baroque bent? A rep for ANZ told PEDESTRIAN.TV designers looked to “key figures in the LGBTQI community – like the Elton Johns of the world – and took inspiration from that playful, flamboyant and fun vibe in consulation with members Australia’s own LGBTQI community and ANZ’s Diversity Council.”

Builders worked around-the-clock since Friday afternoon to get the refurb done in time for this morning’s big reveal, and you can squiz The Block-style intensity of the activation in this epic timelapse video.

Proud to share that our Oxford Street branch has come out… as GAYNZ for Sydney Gay and Lesbian Mardi Gras! See how the branch has been completely transformed, inside and out!

In a first for an Aussie brand and a bank worldwide, ANZ is also teaming up with Twitter to develop a rainbow flag emoji, which will appear whenever people hashtag #GAYNZ (which is obvs gonna be heaps, because who wouldn’t want to share pics of that awesomeness).

Chair of ANZ’s Australia Division Diversity Council Mark Hand is super-excited about the whole thing, saying in a statement:

“Over the past few years we have had an incredible response to our GAYTMs, so it was only natural to take things to a new level to celebrate the milestone.

GAYNZ is often used to describe us at Mardi Gras and we thought transforming the Oxford Street branch and naming it GAYNZ was a fitting way to demonstrate our continued support for the LGBTI community.”

GAYTM operator fees for non-ANZ cardholders will once again be donated to Twenty10, a not-for-profit organisation working with and supporting people of diverse genders, sexes and sexualities, their families and communities.