While throwing serious shade can be a shit-ton of fun, getting cooked by the sun certainly isn’t. We’ve partnered with the legends at Pretty Shady to help them share their v-important message of not being a knob-head this summer. Australia has the highest rate of skin cancer in the world – 2 in 3 of your friends will be diagnosed and potentially die from it. NOT WHAT YOU WANT, PEOPLE. Pretty Shady are grooming our generation to be the one that stop skin cancer in its tracks. Find some bloody shade, wear clothes that keep you covered, get yo’self a dope AF hat, and fang on some sun screen. For more information on protecting yourself from that meddlesome sun, head to Pretty Shady’s website HERE.

“Publicly criticise or express contempt for someone:

‘If she was really so above it all, she wouldn’t have to throw shade.’

‘They weren’t the only people who threw shade at her performance.’”

When shade is properly thrown, it’s an act that will be marvelled by onlookers (assuming they’re quick enough to catch the hate). It’s a stunning form of belittlement – quite literally casting a shadow of superiority over the victim.

You wouldn’t compare it to being bitchy, just as the kween explains:

Being bitchy is crass and distasteful, one would argue.

Throwing shade is an art form, and just with all art, it expresses itself through several mediums.

We’ve pulled together some of our favourite shade throwers/moments that’ve won our undying admiration. God bless you, throwers of the shade. God bless. 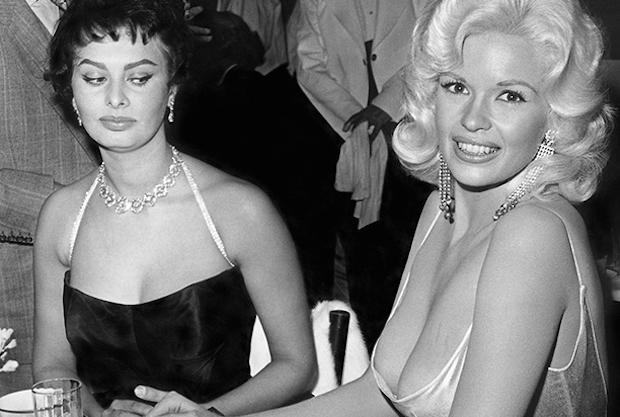 Although the term only begun stepping into the hetero-spotlight after the 1990s doco, Paris Is Burning, (a movie about young black and Latino drag queens in New York City/definitely a flick worth checking out) the act itself has been around for as long as there’s been clearance sales.

That sultry mistress on the left of the photo above is none other than iconic beauty, Sophia Loren. See what she’s doing there? She’s throwing down some SERIOUS SHADE, Y’ALL.

The victim of her severe scorn was 1950s/60s sex-symbol, and one of the OG Playboy Playmates, Jayne Mansfield. The image was papped at a party thrown for the Italian actress by Paramount Pictures which Loren explained during an interview with Entertainment Weekly.

“She came right for my table. She knew everyone was watching. She sat down. And now, she was barely… Listen. Look at the picture. Where are my eyes? I’m staring at her nipples because I am afraid they are about to come onto my plate. In my face you can see the fear. I’m so frightened that everything in her dress is going to blow — BOOM! — and spill all over the table.”

They’d obviously just served chicken for dinner and Sophia wasn’t in the mood for a second round of breast.

ONE READ TO RULE THEM ALL

A read, or a reading, is the act of throwing shade that’s all in yo’ FACE.

In 2015 one sassy-ass rapper aired her dirty laundry on live television and the internet went bananas. So cray was the response that we’re confident the read in question has cemented itself within the rhetoric of pop culture forever.

Take note of the neck gesticulation and the lack of blinking.

ICYMI (lol, just in case): Miley Cyrus made some comments during an interview the week prior to the VMAs that obviously got under Nicki’s skin. Not one to shy away from a lil’ bit of drama, Nicki delivered the verbal left-right-goodnight after receiving the Best Hip Hop video award for Anaconda.

“And now… back to this bitch that had a lot to say about me in the press. Miley, what’s good?”

“Hey, we are all in this industry and we all do interviews and say shit. Nicki, congratufuckinglations!” replied Miley, surprisingly composed. Good hustle, gal.

Nicki wasn’t quite done with her read, adding: “don’t play with me, bitch,” before walking off stage.

That, my friends, is a fucking read.

With her giant ass causing night-terrors for children around the world, it’s hard to remember a time when Kim Kardashian wasn’t a ~thing~. In addition to being as well known as the scientific name of a cucumber (Cucumis sativus, FYI), Kimmy-K was, generally speaking, Paris Hilton’s lap-dog. 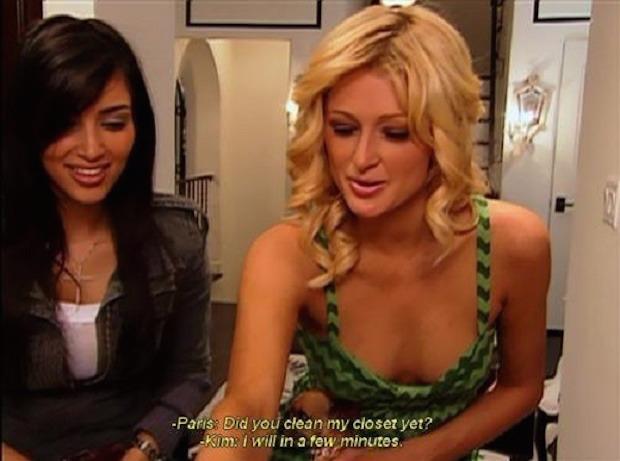 Paris, being the tacky, glitter-shitting charmer that she is, has openly commented that the Kardashians would be nothing without her. Yeah, but no, kind of situation? You feel?

After years of faithful servitude, Kim has taken several opportunities for retaliation:

And so has Paris. 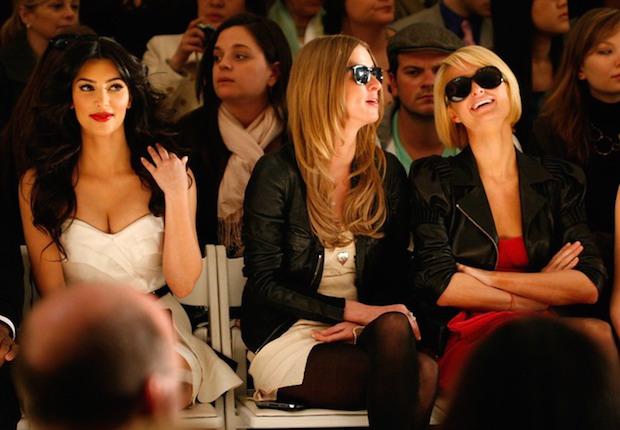 It’s pretty clear who’s come out on top though, regardless of what compromising public positions they’ve found themselves in.

Throwing shade is, like, super fun. Sitting in the shade is also, like, a super effective way of not getting mauled by the sun and eventually dying of skin cancer. Don’t be a potato, people. Visit Pretty Shady’s website HERE to learn how to protect yo bod-ay this summer.