An Australian Photographer Sold The World’s Most Expensive Photo

Far from pottering around with a DSLR on auto or reeling off a few Nashville filter-worthy shots of a half-eaten burrito, Peter Lik has been plying his trade globally as one of the most renowned photographers in the world, having forged a career spanning 30 years.

The Melbourne-born, now Las Vegas-based snapper is famous for his panoramic landscape and nature photographs, and has opened over a dozen galleries in high end locations across the US, including in Caesar’s Palace and New York’s Plaza Hotel.

And now he’s claimed a particularly unique record in the art world – he took the most expensive photo ever sold.

The piece in question, Phantom, is a shot taken in the Antelope Canyon in Arizona – a slot canyon carved out by naturally flowing water over millions of years. The stark, black and white photograph was sold to a private collector in late November for a whopping – and record – sum of US$6.5million.

In the same sale, the collector purchase two other of Lik’s works – “Illusion” for US$2.4million, and “Eternal Moods” for US$1.1million – meaning Lik now has four of the twenty most expensive photos ever sold (he already held one place for a piece called “One” which sold for US$1million).

As for what the photo looks like? Well, yeah. It’s pretty freakin’ breathtaking. 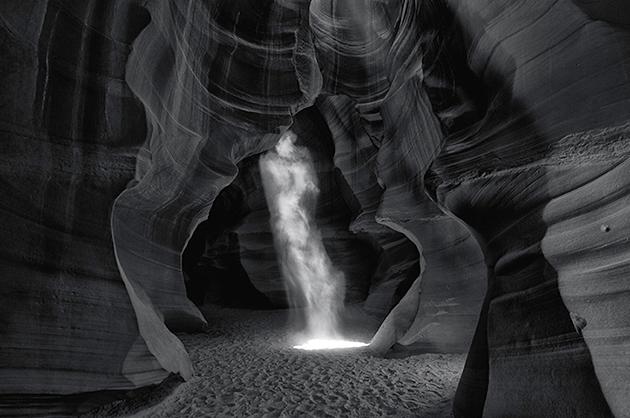