There’s now a dating website for people who think Bush did 9/11 and other such conspiracies, and all we can say is… finally.

Awake Dating is all about matching people who are “awake” (not to be confused with “woke”), which COO Jarrod Fidden defined as “someone who has investigated and come to his or her own conclusions on a collection of topics and issues. And through this research and critical thinking, they have ‘woken’ from the fantastic false dream carefully crafted for the ‘consumer’.”

Ironic for a someone attempting to capitalise on their consumer’s awakeness, no?

But moving swiftly along. Fidden – who’s a Sydney boy originally – told PEDESTRIAN.TV that the idea came after he and his wife started waking up two years ago – “It was the damn chemtrails that shocked us into research” – and realised what a lonely experience that can be.

“Knowing and discussing ‘socially inconvenient conclusions’ distances one from most everyone who has yet to engage in their own research,” says Fidden, who describes these people as suffering from “reality denial syndrome”.

He and his wife were lucky to wake up together, but what about their singleton awaken brethren? Hence Awake Dating, where even hollow earthers, chemtrails, and Jewish mind control believers can find true love.

Awake Dating lets you search for people by area, sexuality… or interests. Not all of which are particularly fringe – they include ‘watching YouTube‘ and ‘juicing‘ – but they also include ‘Illuminati‘, ‘Frequency and Vibrations‘, ‘Ancient Alien Theory‘, and our fave, ‘Waking People Up‘.

Here’s a few of the interests you can select: 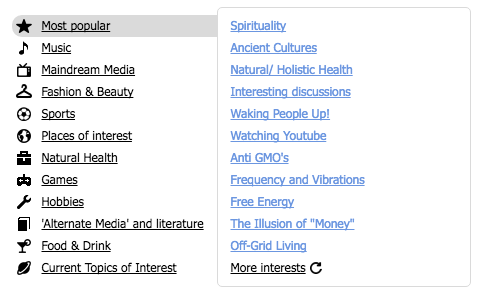 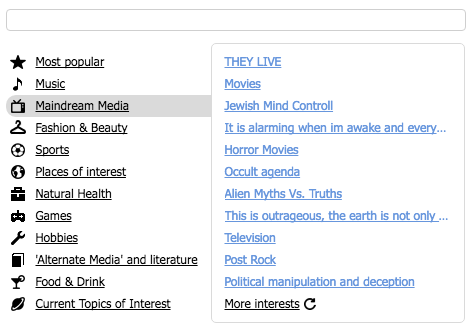 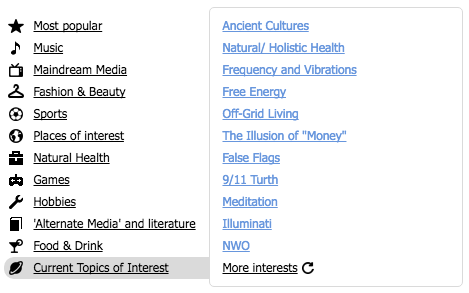 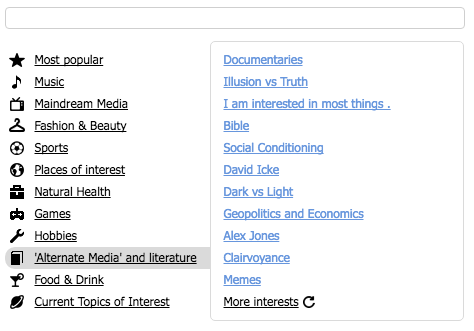 Wha… is that… MEMES? *explodes in a sexual frenzy of dank memes*

Awake Dating has been growing by about 100 users per day since launching just over a month ago, and right now claims about 2,800 members. (Sign up here.)

About 110 of those users are in Australia, so right now your Aussie truther dating pool is pretty small, but in researching this article, P.TV signed up. Username: wokeandawake.