A pretty common trope in dystopian scifi is illustrating a dramatic disparity between the wealth and quality of life of the ultrarich and the poorer masses by having the ultrarich inhabit towering arcologies while the 99% occupy filthy shanty towns spread at their feet. Jeff Bezos, the Amazon CEO whose net worth increases $80,000 a minute, is doing his best to make this a reality.

In downtown Seattle (just near the markets where they do the fish throwing), you will find the Spheres. Inside the Spheres, you will find a rainforest. The Spheres are three giant glass domes filled with their own little ecosystems, which are intended to serve as a place for Amazon employees to relax (corporate employees obviously, warehouse staff are too busy skipping toilet breaks to relax). 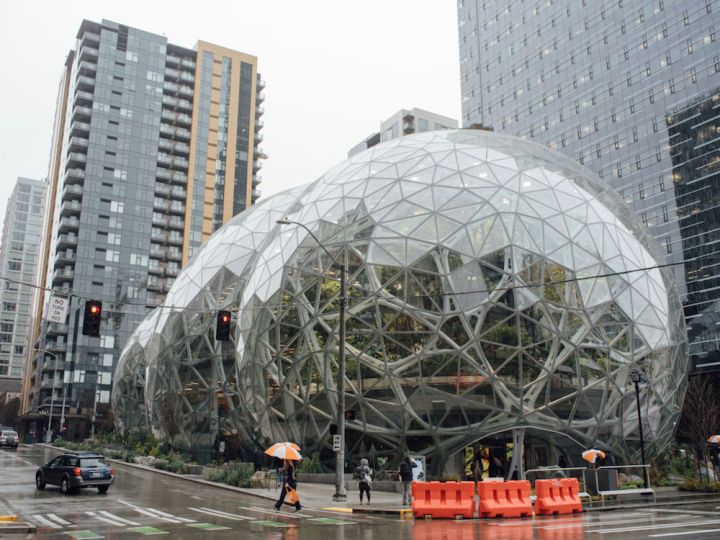 While this is already kinda bonkers, what’s even more bonkers is that, inside one of those domes, is a corpse flower. If P.TV has an official favourite plant (and there’s no good reason for us to do so), it is 100% the corpse flower. The titan arum. Amorphophallus titanum. The big stinky plant that smells like rotten meat when it blooms. The corpse flower’s fucking terrible scent serves to attract insects that would normally lay their eggs in rotting carcasses, which helps it with pollination, because nature is an absolute nightmare of incredible complexity. 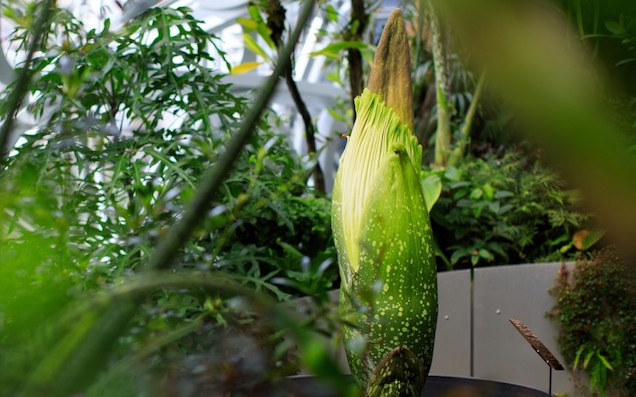 Usually only open to Amazon employees, the company opened the doors to allow regular punters to come in and view the rare event, which only happens every seven or so years. The plant — which they’ve named Morticia — was donated to the company by the University of Washington Botany Greenhouse back in 2014.