Alrighty Then: NSW MP Admits He Shot And Ate An Elephant In Zimbabwe

NSW Shooters & Fishers MP Robert Borsak has always been something of a renegade in Parliament. His party is based on defending the rights and recreational desires of Australians in regional Australia, like shooting and four-wheel driving, and this, in conjunction with his conservatism, often has him butt heads with other pollies – especially those from The Greens.

His love of shooting and hunting attracts the standard sort of criticism you would expect, but it all came to the fore when an old photo of him posing next to a dead elephant in Zimbabwe started doing the rounds a little while ago. 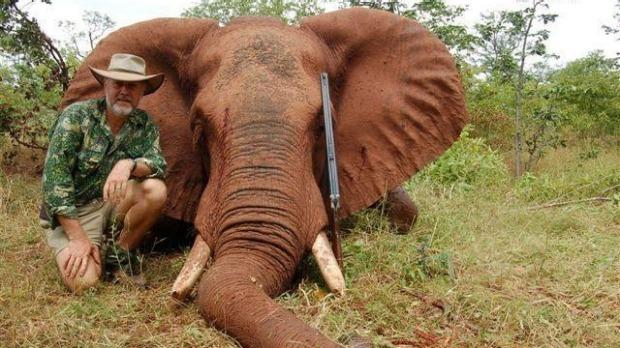 He maintains that he was invited to participate in the elephant hunt by traditional land owners, who cull elephants to protect their crops. He outlined that in a Sydney Morning Herald op-ed with the straight-down-the-barrel headline ‘Why I Shoot Elephants’.

The elephant issue came up in Parliament again on Tuesday. Borsak was delivering a late night address on what he saw as the “insidious growth of skewed animal rights ideology” which he reckons stifles human rights and gives animals rights that they ought not have.

Greens MP Jeremy Buckingham took issue with Borsak’s remarks and brought up the elephant photo. He asked him whether he ate the elephant, and Borsak said he absolutely had, and that it was like venison and “very tasty”.

Buckingham wasn’t a fan. “It’s sick to shoot and kill an elephant for thrills, and it’s revolting that Mr Borsak would eat the elephant,” said the Greens MP. “He’s unfit for office.”

A Shooters and Fishers spokesperson slammed Buckingham’s comments. “The meat from Mr Borsak’s hunting trip was offered to the traditional owners of the land as a mark of respect, on top of other fees paid.”

There ya have it. Elephant eating is absolutely on the agenda in New South Wales. Will any other MPs come forward and confess that they’ve chowed down on Dumbo? I would say… probably not.