An Alabama man has paid a roughly $2,000 fine after touching a Hawaiian monk seal and harassing a turtle while vacationing on the Hawaiian island of Kauai last year.

As the Honolulu Star-Advertiser is reporting, authorities became alerted to the man’s actions thanks to a video he posted to Instagram that, uh, didn’t leave much to the imagination: 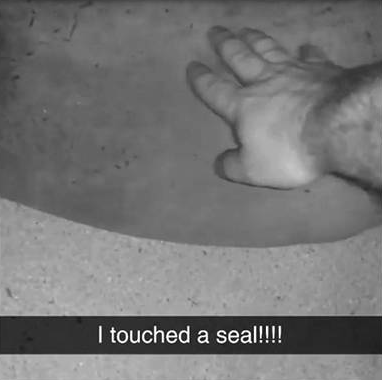 If that’s not bad enough, the Honolulu Star-Advertiser reports that in the same video, he pans up to the National Oceanic and Atmospheric Administration signs that tell you not to do exactly that.

NOAA’s Office of Law Enforcement managed to track down the man from his social media profiles, and issued him the fine, which he did not contest.

Hawaiian monk seals are critically endangered (there are estimated to only be about 1,400 of them left in the wild), and there are a series of state and federal laws protecting the species. As part of their investigation into the incident, NOAA found another video he had posted which showed him aggressively chasing a turtle while snorkelling off Kauai. According to NOAA, all species of sea turtle in US waters are either considered endangered or threatened.