A couple of weeks ago, we reported on a story that shook you guys to the core: two backpackers survived what’s been described as a Wolf Creek-style attack at Coorong National Park in Salt Creek, South Australia.

The women, aged in their 20s from Germany and Brazil, managed to escape a 59-year-old man – who was later arrested and charged with attempted murder, unlawful sexual intercourse without consent and kidnapping – and run, naked and covered in blood, into the arms of a nearby group of fisherman.

At the time, not much else was known about the case other than the fact their alleged attacker was a drifter from Adelaide and is said to have befriended them before holding them captive / sexually assaulting them / trying to kill them.

Now new details have emerged, as police allege the perp answered two separate Gumtree ads the women posted seeking someone to drive them from Adelaide to Melbourne.

If ya didn’t know, the classifieds site has a dedicated section called ‘Rideshare and Travel Partners’, where travellers regularly post messages hoping to share the costs of Aussie road trips – and this is the starkest warning yet that it’s *not* a smart idea, because you never know who you’re getting in the car with. 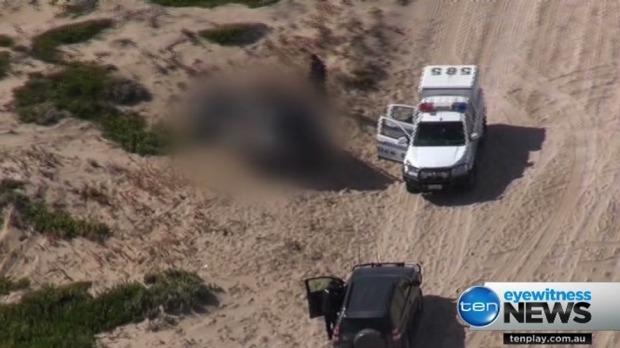 The details of how the trio were introduced to each other were initially suppressed in the Adelaide Magistrates Court but media outlets successfully argued against the suppression order b/c public interest etc etc.

The German woman remains in a stable condition at Flinders Medical Centre, but last week accompanied detectives back to the scene of the alleged attack; meanwhile, the Brazilian victim has been released from care and has left SA.

Police are continuing their investigations into the horror attack.