The victim: a koala.

The crime: murder most foul.

A koala has been found mauled to death at the Los Angeles Zoo, and fingers are pointing a local mountain lion who was caught on CCTV the night of the attack.

When they arrived at the enclosure they found naught but ten remaining koalas and a puff of fur. Killarney’s remains were located an hour later, 365-metres away.

The culprit is believed to be a local, infamous mountain lion called P-22, who has become a mascot of the nearby Griffith Park. 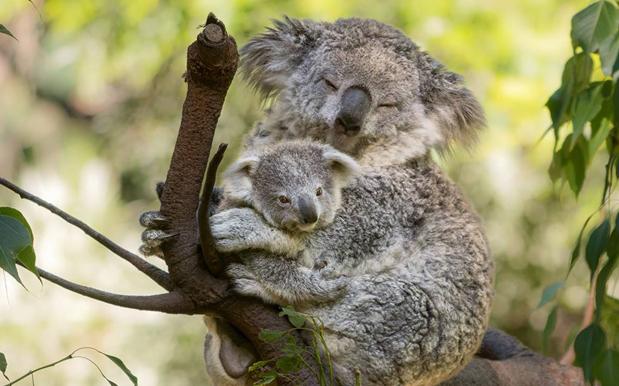 Unspecified koalas from the Los Angeles Zoo, courtesy of Facebook.

P-22, a maturing mountain lion, is 7-years-old and weighs almost 60kg. The incident has prompted calls for him to be relocated to a more remote area where he can roam free.

“Regardless of what predator killed the koala, this tragedy just emphasises the need to contemplate relocating P-22 to a safer, more remote wild area where he has adequate space to roam without the possibility of human interaction,” City Councilman Mitch O’Farrell said in a statement.

“P-22 is maturing, will continue to wander and runs the risk of a fatal freeway crossing as he searches for a mate. As much as we love P-22 at Griffith Park, we know the park is not ultimately suitable for him. We should consider resettling him in the environment he needs.”

The ten remaining koalas have been temporarily moved from their public habitats, and all other animals are bign moved to their night quarters when the zoo closes.