Melbourne, unlike other cities and selfish lovers, has the courtesy to spoon and lovingly cradle its crowds in the throngs of winter. You go for one thing and unavoidably end up staying for another. If you keep spooning us like this, Melbourne, we’ll be coming for dinner and staying for breakfast. Wink wink.

In Pedestrian’s second installment of Melbourne’s winter highlights, some local personalities share their favourite spots to snuggle, hang and hibernate in the chilly season…

Would you like one place to watch the greatest local and international films of today? Is Tom Cruise a Scientologist? MIFF, Australia’s most respected film event established in 1952, screens the current crème de la crème in film and pays homage to the cinema of celluloid past. Hit the heart of the city to enjoy Australia’s freshest screen talent.

STAY FOR: The Millswyn

Someone we wouldn’t proudly introduce to the olds is fictitious suburban home wrecker Kate Ramsay of Neighbours. However, the lady who portrays the resident minx, Ashleigh Brewer, is all class. When the cold snaps and a white wine spritzer at Lassiter’s just doesn’t cut it (we’re looking at you, Lou Carpenter), Ash abandons Ramsay St for some seasonally appropriate beverages at The Millswyn.

I’m in love with The Millswyn in South Yarra. It’s right by my house so I go there for coffee all the time. It has this amazing warm vibe, and almost feels like I’m on a winter getaway in a luxurious little cottage drinking cups of coco with my friends by the open fire. The décor and fireplace upstairs is so nice to snuggle in, I could spend hours there just relaxing.

At least the Earth’s stupid tilt and its insistence on an annual winter gives us the excuse to rock vintage fur and quilted jackets for three months of the year. Martin Fella’s your man, cladding the well-defined shivering bones of Melbourne trendies for the past 15 years. He clearly gives a stuff about vintage, with taxidermy roosters and rats scattered amongst the glow mesh and woolen wares. It’s creepy in an I-really-really-want-that-taxidermy-in-my-living-room-right-now kind of way.

It only seems right to rival the rats and stuff oneself after a day of shopping, but be warned that elasticized waistlines are mandatory. Masterchef contestant Tregan Borg, queen of dude food and Roller Derby warrior, steers us in Mrs. Parmas’ direction. It’s the schnit, ya’ll.

I long for winter, and its not just because of the footy season or the fact that I have an excuse to turn my electric blanket on again; it’s because I know that it’s time for the “Floater” to return on the menu at Mrs. Parmas. For the past four years, it is a winter ritual of mine to return to Mrs. Parmas to devour the goodness that is potato mash, mushy peas & gravy layered on top of the perfect chicken parma. This occasion is not complete without sinking down one or two pints of the 20 varieties of Victoria’s best micro-brewed beers that Mrs. Parma’s has on offer. The whole experience to me is kind of like being at the football, under my electric blanket with amazing food on my lap all at once, what more could a girl ask for? 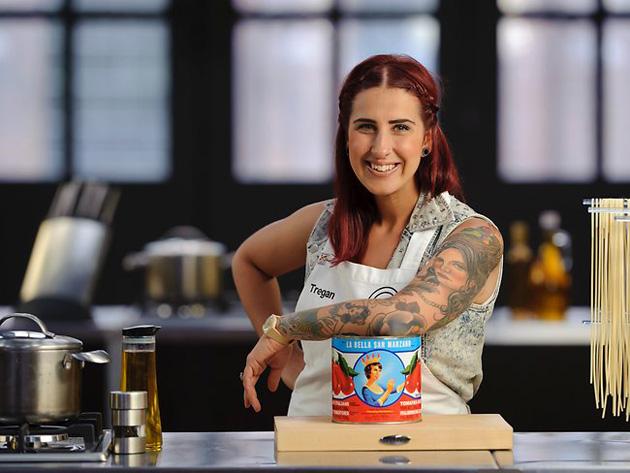 COME FOR: Twenty and Six Espresso

Strolling Melbourne and not recuperating with caffeine is a sacrilegious move, particularly with the grindings of Twenty and Six Espresso wafting down Queensbury St. Founded by a pair of designers, its clean interior and honest courtyard are prickled with simple design quirks, not to mention delicious dishes. Give it a shot (coffee pun alert).

Stay on track (tram pun alert) and continue filling your gullet in ACDC Lane, one of Melbourne’s signature narrow laneways. After jibber jabbering on-air across the country throughout his career, Nova’s Tim Blackwell has settled in Melbourne and knows the value of finding a warm winter nook to plant his cranny.

It feels like Melbourne was designed for winter! I really love cramming into Movida Next Door for a nice glass of red and their amazing cockle warming food… I can’t go past the gruyere croquettes! Then, with a full stomach I love heading over to Cherry Bar in ACDC lane to catch a band. It’s a cosy venue and no matter what night of the week you’re there, you’ll be sure to see someone rock out! 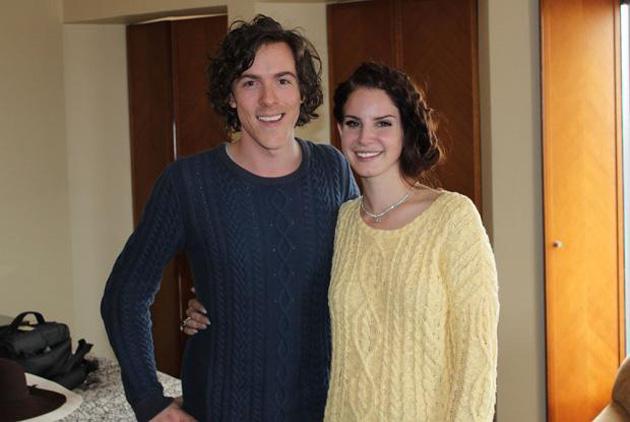 For more ideas on how you can make the most of Melbourne this winter head to City of Melbourne’s official website.