Seven men aged 15–25 have been charged over riots in Kalgoorlie earlier this week, which began when local community members attempted to attend the hearing of a 55-year-old man charged with unlawfully killing 14-year-old Aboriginal boy Elijah Doughty.

Elijah died after the motorbike he was riding was involved in a crash with a car driven by the 55-year-old man, who has ties to the bike.

A police taskforce has been formed to investigate the issues that led to the riots, with Police Minister Liza Harvey confirming she’d heard allegations that owners of stolen dirt bikes in Kalgoorlie had been hunting down thieves. 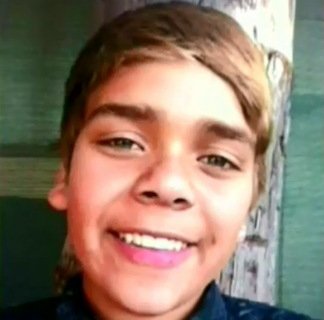 Tributes are flowing in for Elijah. His AFL club announced that every team playing this weekend will be wearing black armbands in tribute to him.

A candlelit vigil was held in Kalgoorlie-Boulder on Tuesday.

Aboriginal elders in the Kalgoorlie area are calling for change to improve the lives of young Aboriginal people, including Trevor Donaldson, who proposed an Aboriginal youth safe house in the Kalgoorlie-Boulder earlier this year following the suicide of his teenage nephew.

“We look at all these figures: high Aboriginal incarceration rate, high detention rate of our youth, high homelessness, high poverty, high suicide with out mob, high suspension rates in our schools, high deaths in custody, high unemployment, the list goes on,” he told the ABC.

“Whether you’re black, white or otherwise, that’s a young child’s life that’s been taken. That’s the anger that comes, borne about on top of those other concerns and issues.”