3 Injured, 1 In Critical Condition After Shooting At US High School Prom

Three people have been injured, one critically, following a shooting at a high school prom in the US state of Wisconsin.

Emergency services were called between 11 pm and 11.30 pm local time, CNN reports. The incident took place at Antigo High School, near the centre of the state. 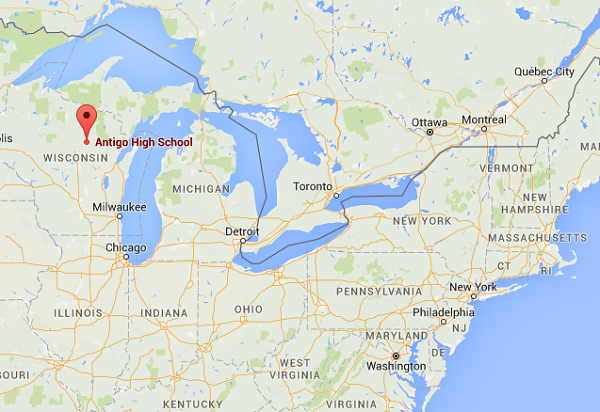 Lt. Jamie Lenzer of the Antigo Fire Department confirmed that while one victim was in a critical condition, the remaining two victims suffered minor injuries.

The school was placed under lockdown immediately after the shooting, but local media confirmed that lockdown has been lifted.

Unconfirmed reports on social media say the suspect – or suspects – have been found, but there’s been no confirmation from law enforcement or other media sources.

Residents have expressed their disbelief over the shooting, with one alumni asking “what has happened to our little town, where the most devastating thing to happen to our school is when we lost to Rhinelander in something?”

UPDATE: The town’s police department has issued a statement on the shootings, outlining the evening’s events and confirming there is no present threat to the community.