Passengers were riding the Arkham Asylum coaster at the Gold Coast theme park earlier today when their car became stuck due to a “mechanical issue” at the top of the chain.

A spokesman said that 16 people were removed using Movie World’s evacuation procedures (via a ladder platform), but four others required assistance from firefighters via a big ass cherry picker.

All passengers have now been removed safely from the ride, but with max temps hitting on the Gold Coast hitting 32 degrees today, it can’t have been a fun few hours.

Movie World General Manager Greg Yong said that it was a simple operation. “This is a process we have drilled for with fire services,” he said, adding that he didn’t think the ride would be closed for an “extended period of time” but that it was too early to tell.

Tag someone that you think should add these to their New Year’s Resolutions! #repost #movieworldaus pic.twitter.com/cL2YcRCptx

Scheduled posts: bad, and will almost certainly find a way to bite you in the ass.

UPDATE: The tweet finally got deleted, but here it is: 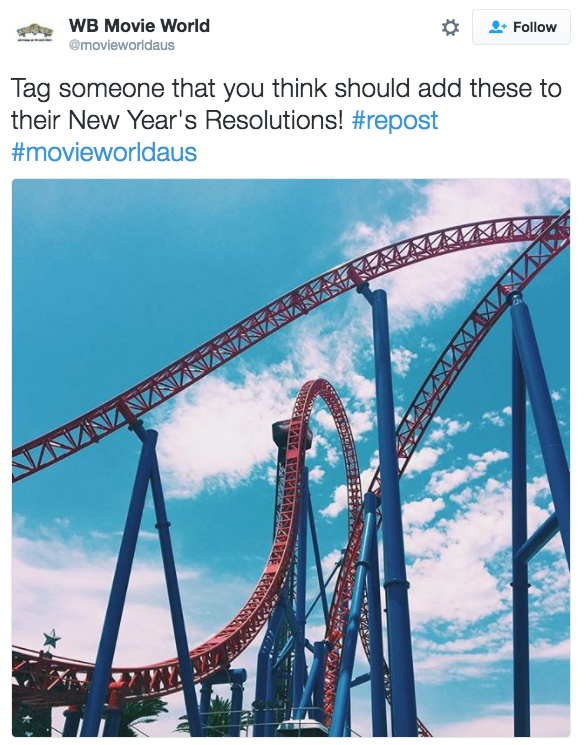