In case you missed it somehow, a pro-Trump mob breached the US Capitol in protest of Congress, who today were making steps to confirm Joe Biden as the 46th President of the United States. It was pure chaos over at Capitol Hill, and there are plenty of images and tweets to prove it.

To give a very quick run-down of what went down, Trump gave a speech at Constitution Ave., and halfway through it folks started marching towards Capitol Hill, which isn’t too far from where they were gathered. After the speech concluded, there were mass crowds storming the Capitol, which moved from a large protest to a full-on storming of the building.

Here are 18 of the most absolutely fucked images from the attempted Capitol Hill coup that you really just have to see to believe. 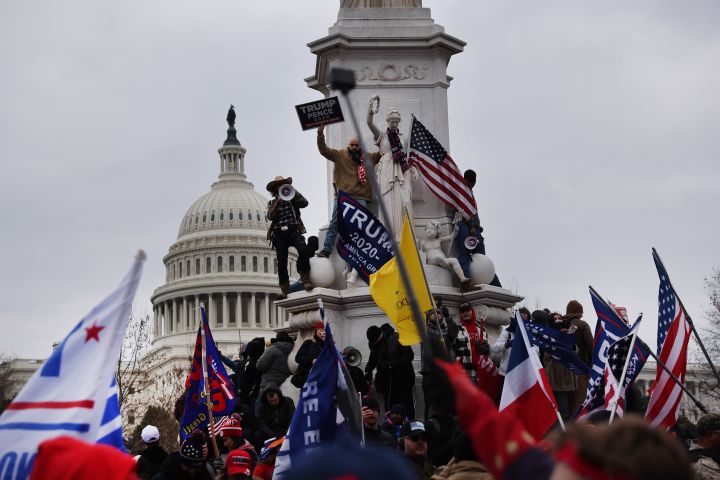 The absolute scale of the protest was best captured in a couple of videos taken by folks on-site. Here, you can see people just casually walking into a government building like it’s nothing.

"You're on the wrong side."

Protesters chanted at police as hundreds pushed against barricades outside the Capitol in Washington, D.C. pic.twitter.com/dWxv0duuDe

Thankfully, ballots were saved before anyone got their hands on them. It’s not hard to guess what would’ve happened if they weren’t.

Electoral college ballots rescued from the Senate floor. If our capable floor staff hadn’t grabbed them, they would have been burned by the mob. pic.twitter.com/2JCauUIlvg

In this footage, you can see the moment Senators paused their debate as protesters reached the building.

Aide to Sen. James Lankford: "Protesters are in the building." pic.twitter.com/GNOCrtpAuN

Flashbangs and thick tear gas billowing over the Capitol rotunda. Riot police have reformed their lines three hours in and are pushing to retake the steps, ousting people from under the scaffolding. Crowd is slowly leaving. pic.twitter.com/2gM5kGmlp9 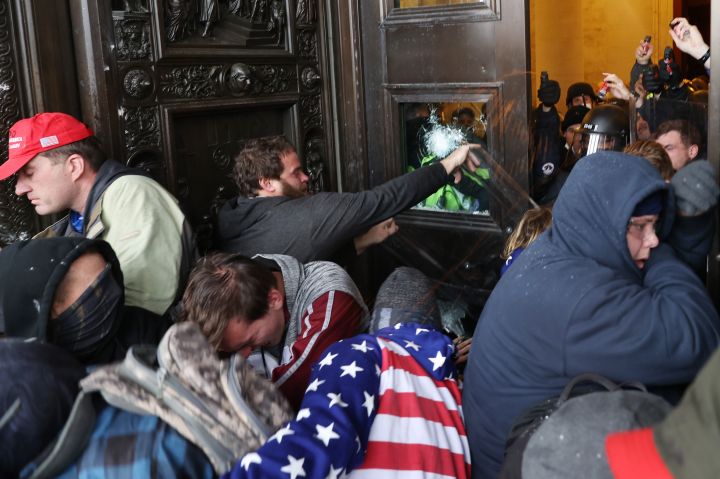 Feet up on Pelosi’s desk pic.twitter.com/wEtwaWo73K

I’m sheltering in place in my office. The building next door has been evacuated. I can’t believe I have to write this.

View from inside the Capitol as people gather on the West Front. The Capitol is currently on lockdown. pic.twitter.com/XKNKWNbHxZ

They made a noose from the camera cord and hung it from a tree. pic.twitter.com/M9KC7odLAm 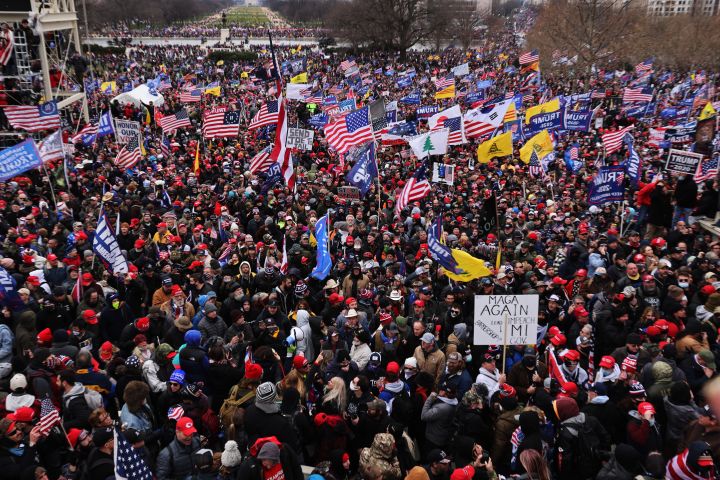 More shots from inside the building emerged over time, and God, America truly is a fucked place.

Several people got on to a scaffolding outside Senate, took it to second floor, which looked like the area where McConnell’s office is located, and started banging on windows pic.twitter.com/IIZ21nkzFT 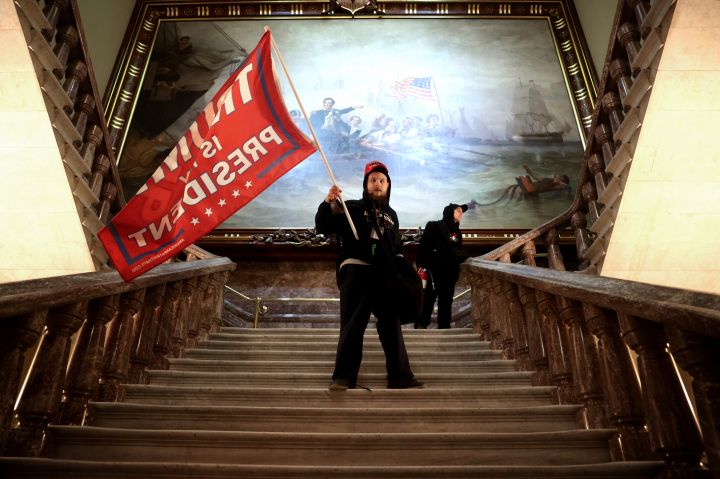 The fact that noted neo-Nazi Baked Alaska was live-streaming from inside the event was also something truly unbelievable to behold in shock.

And finally, may I conclude with this absolute zinger of a Tweet combination, which sums up just how insane this coup was in a historical sense: in an unprecedented move, the Confederate Flag was paraded through the Capitol.

What a photo by my @Reuters colleagues pic.twitter.com/dvsR3kRv94

The Confederate Flag did not breech the Capitol during the Civil War. It did today…