Coming to forests near you in ‘Straya since 1993, the infamous outback-format rave truly needs no formal introduction.

One fun fact we learnt about the phenomenon today, though, was that ‘doof’ apparently stands for ‘Declaration Of Our Freedom’… Which sounds ironically out of character and highly ‘Murican.

Nonetheless, Rainbow Serpent is slithering into the national curriculum in two days time… So if you yourself haven’t had the pleasure of attending a doof, here is a special PSA your fiendish friends at PEDESTRIAN.TV have lovingly compiled to assist you in preparing for your first ~transdimentional~ disco experience.

Practice slipping ‘cunt’ into everyday sentences, up to three weeks in advance.

Ok cunt, let’s just get straight down to it, shall we? This piece was never going to be for those weak of cunt. If you really want to go incognito and not come across as a total n00bcunt at the rave, you better cunt right to the chase and start swearing like you just got bitten by a tiger snake in an akubra. Remember to tell the boss to get cunted before you fang off into the sunset towards the doof, for added cuntiness.

Don’t bog yourself down with a spare pair of undies.

A wise, wise woman once taught us that one pair of briefs can be worn for four consecutive days (which is, conveniently, a similar time frame of a doof). The method involves wearing the undies in their regular fashion, then wearing them backwards. On the third day, you turn them inside out, and on the last day, you spin ’em backwards, yet again. Fucking fresh. Now you’re free to use that extra space in your backpack for important things, like feather boas and fairy wings.

Bring along your multi-use baking gear.

Sure, many a doof occur in the midst of summer, in remote bush locations; meaning cooking with gas is not an option. Fret not, my furry friends – there’s still plenty of ways to put your favourite culinary items to good use! Take a trip to your local cake supply store and purchase a whipped cream dispenser. It will come in handy, as after all that disco-dancing, you probably won’t have enough energy to blow up your balloons (a party essential). Instead, chuck a bulb in the dispenser and your party will go OFF!1!!

Reconsider packing deodorant. It is a spirit dampener.

A main drawcard for those who regularly attend bush doofs is the feeling of ~connectedness~ with one another. One way to truly feel like we’re all equals is to forgo showering for days on end. That way, we can all smell like a rotting pile of Julie Goodwin’s tuna mornay, together. 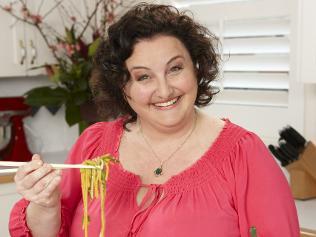 Practice your dance moves before hitting the dirt.

Dancing has been popular ever since the Dionysian times, for good reason. There are plenty of methods to shaking ones rump: and the fuckedest-majority of these moves take centre stage at the doof. In order to fit in, try locking yourself in your bedroom and spinning the dimmer right up to it’s highest capacity, like you’re about to drop the hottest EDM banger this side of 2010. Now position yourself in front of the mirror, and jerk it like you’re getting paid to do so.

In recent years, there has been an… interesting emerging trend amongst the EDM scene: cultural appropriation. Be it your good friend Stacey wearing a Native American headdress to Strawberry, or old mate Brad sticking a bindi on his forehead at Earthcore… This deeply offensive practice is one that absolutely belongs in the bin.

Alternatively, you could disregard all of the previous advice given, and instead, just have a fackin’ good time with yer mates. Except for the last one. Cut that shit out.