When you get salty at other awards shows, you’ve gotta be prepared to bring it yourself.

With all eyes trained squarely on the currently on-going BET Awards, people have been waiting to see exactly how the show would handle its tributes to the dearly departed Prince, particularly given the purple shade the show threw at the Billboard awards late last month.

Prince’s longtime close friend (and lover at one point) Madonna handled the tribute duties at the Billboards, hollering out ‘Nothing Compares 2 U‘ and ‘Purple Rain‘ in a widely-panned performance that even BET couldn’t resist heaping shit on.

Almost immediately after the show went to air on May 23rd, BET tweeted out a promo image pimping their own Prince tribute at their awards, along with the extremely terse barb, “Yeah, we saw that. Don’t worry. We got you.“ 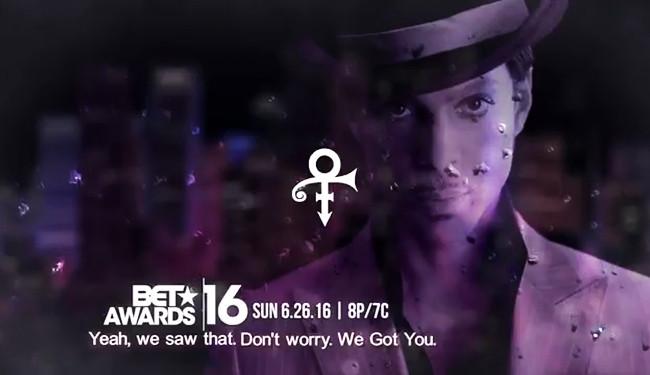 But with enough time under their belts to get something other-worldly together to pay homage to the GOAT, the BET Awards still managed to exceed expectations.

Dave Chappelle introduced the awards tribute, dedicating the show to his royal badness and stating that “we miss him dearly.”

Among the parade of artists who graced the stage, it was Stevie Wonder who began stealing the show. Along with Tori Kelly, the two lit up the room with a rendition of the crowd-pleasing ‘Take Me With U.’

But then Jennifer Hudson, blessed angel of tomorrow that she is, sashayed onto the stage in a white hoodie and absolutely tore apart the iconic closer ‘Purple Rain,’ with The Roots‘ guitarist Captain Kirk Douglas laying down a blistering solo that even the Purple One would’ve been impressed by.

That right there. That’s how you do a tribute. Holy shit.