Canadian band Walk Off The Earth has been absolutely copping it from Aussies online after releasing a highly questionable cover of Bebe Rexha and David Guetta‘s chart-topper ‘I’m Good (Blue)’.

The tune featured a didgeridoo (???), lots of yelling and screaming, and an unhealthy amount of clapping. Take a look for yourselves.

In a widespread display of national pride, Aussies came out in force to let the band know exactly what they thought.

For context, it is ~generally~ accepted that any non-Aboriginal person wanting to be respectful of First Nations’ culture would first consult a member of the community for guidance before playing the didgeridoo.

A fact sheet published by Queensland Museum also noted that “when playing the didjeridu (sic) it is important to be aware and respectful of their cultural background and restrictions, particularly if visiting Aboriginal communities.”

READ MORE
An Aussie-Themed Bar In The U.S. Is Copping It For This Didgeridoo Shooter

Or, at the very least, do a Google search as one commenter suggested.

Secondly, on First Nations country where didgeridoos are traditionally played such as Wangga and Bunggurl country in what is now referred to as the Northern Territory, men are tasked with playing them for ceremonial purposes.

Some personal favourite comments of ours include “didgeridoo not do that”, “Australia pleads with you not to do that” and “it takes $0 to do a google search”. 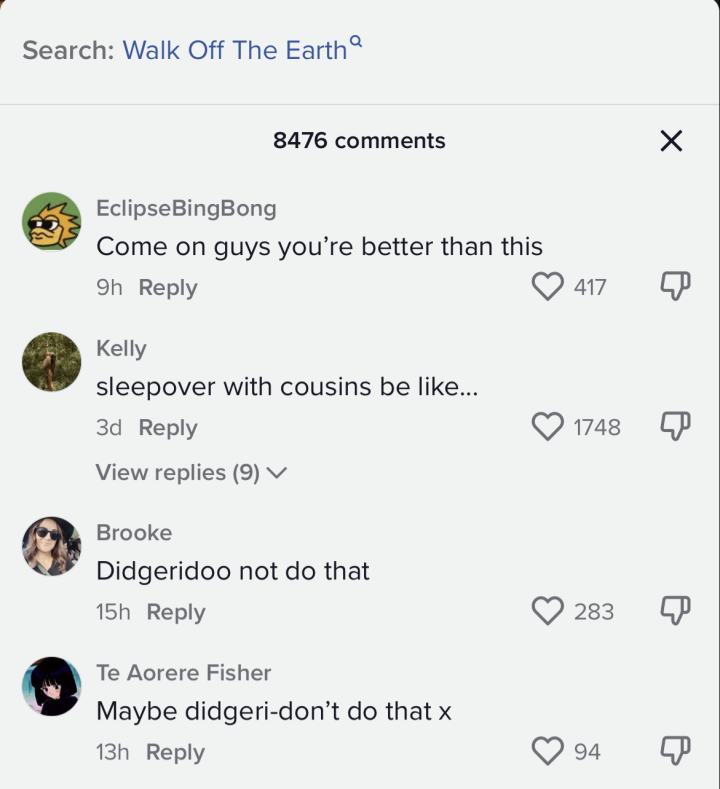 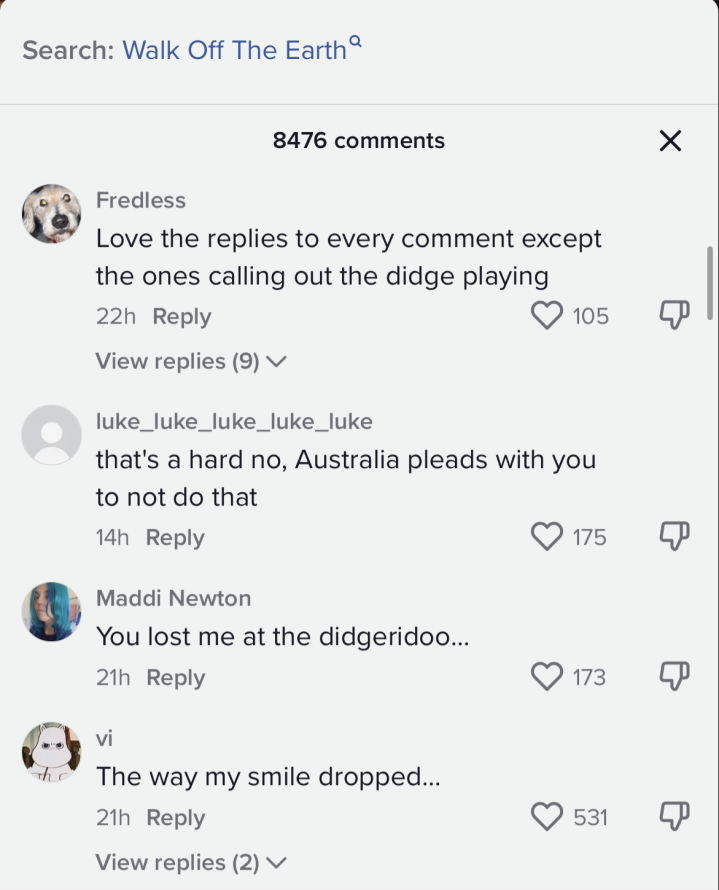 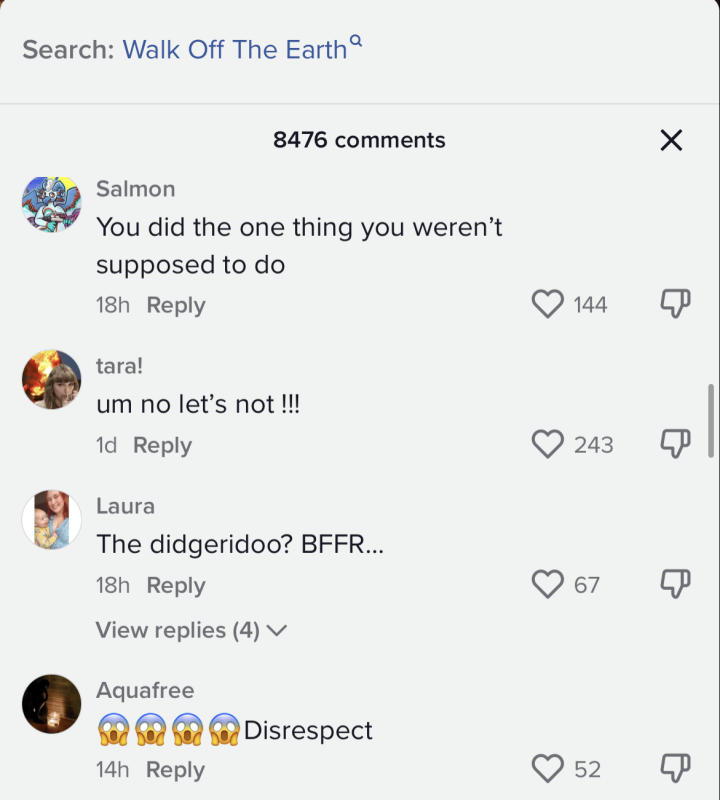 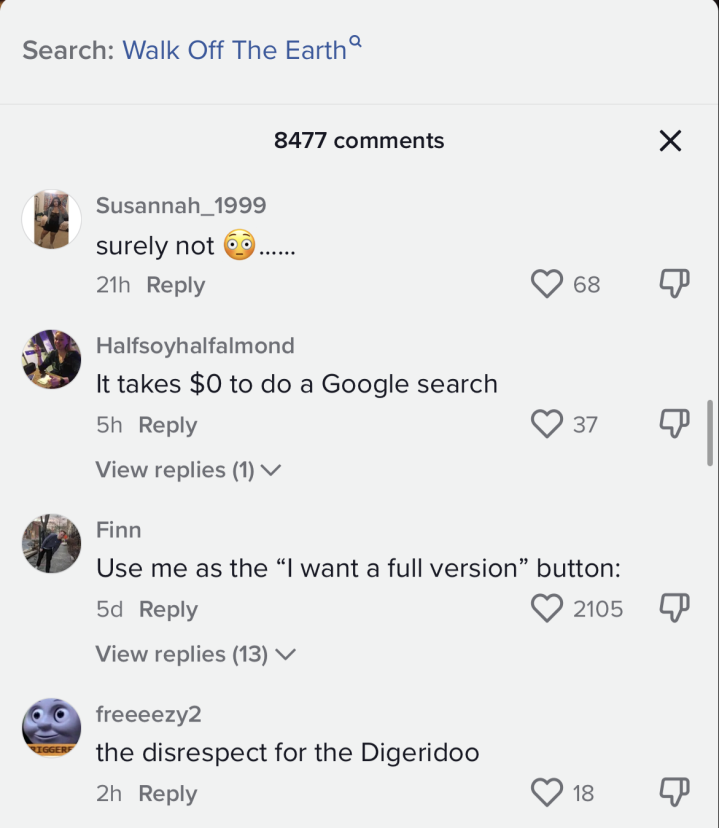 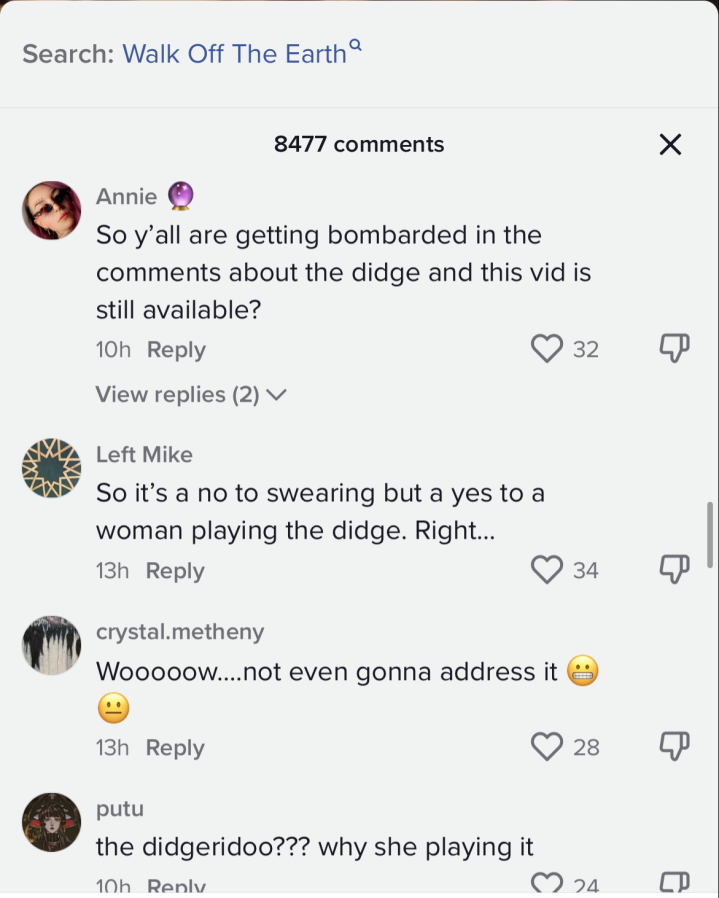 The video was live on the internet for five whole days before making its way down under and copping the wrath of Australian TikTok.

Walk Off The Earth is yet to release a statement or respond to any of the comments highlighting the alleged cultural insensitivity.

Similar controversies have arisen over the past couple of years when didgeridoos bought from non-Indigenous businesses have been played by non-Indigenous folks.

Back in 2020, YouTuber and fitness guru Sarah’s Day received backlash for cultural appropriation after gifting her partner Kurt Tilse a didgeridoo for Father’s Day.