Well if it isn’t a magical little dovetail of things we like. Earlier this year we posted about Sofia Coppola’s upcoming Father-Daughter dramedy “Somewhere”, the Director’s fourth feature film after The Virgin Suicides, Lost In Translation, and Marie Antoinette, and the subject of a brand new trailer which you can watch below.

Things to note: Downbeat Frenchmen Air provided the original soundtracks for Coppola’s initial films but in Somewhere the Director turns to Phoenix who earn a “featuring music by” credit in the film’s plaintive trailer. The Frenchmen made a brief cameo in Marie Antoinette and are, you know, fronted by Coppola’s hubby Thomas Mars. Unsurprisingly the trailer boasts a snippet of the band’s “Love Like A Sunset Pt. 1” from their latest LP Wolfgang Amadeus Phoenix as well as The Strokes’ “Heart in a Cage” B-Side “I’ll Try Anything Once” – an early demo for what would become “You Only Live Once”.

Like Bill Murray’s aging superstar in Coppola’s best fillum to date, Lost In Translation, Somewhere explores the existential struggle of a Hollywood has been (ingeniously cast B-lister Stephen Dorff) and the redemptive qualities of a younger female spark. This time a daughter played by Dakota Fanning’s sister Elle. Says the synopsis: Johnny Marco (Stephen Dorff) is a bad-boy actor stumbling through a life of excess at the Chateau Marmont Hotel in Hollywood. With an unexpected visit from his 11-year-old daughter (Elle Fanning), Johnny is forced to look at the questions we must all confront 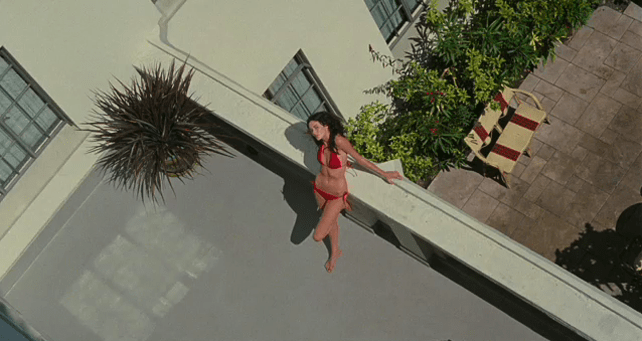 Models Maryna Linchuk and Erin Wasson as well as Aussie Nicole Trunfio all make appearances in the film. You can actually catch a glimpse of Trunfio (who discussed her burgeoning acting career with us earlier this year) at about the 24 second mark in the film’s trailer.