Triple J‘s week-long user-programmed Requestival has been a hell of a thing. Part procession of tunes seldom heard on the Js, part exercise in digging up increasingly forgotten bangers of yore, part arms race to see what kind of absolutely fucked shit Triple J will actually play, Requestival has seen the best and worst of what people are capable of given an open form and absolutely no parameters.

And while the intent may be earnest, the reality of it is that the whole thing has been a slow descent into ferocious madness, one Bloody Hell I Can’t Believe They Actually Played That track after another.

Don’t believe us? We’ve gone back through every song played this week, picked out the most egregiously cooked ones, and now present the lot to you in chronological order. The end result is a picture that paints not a thousand words, but just four very impactful ones:

Youse are all fucked. 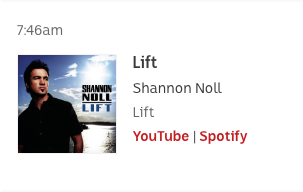 Look, all things considered this was a fairly normal way to kick off a week where anyone can request literally anything. There’s certainly worse or deeper cut Nollsy songs that could’ve been requested. But little did any of us listening know that it was but a mere siren song for the sheer calamity to come. 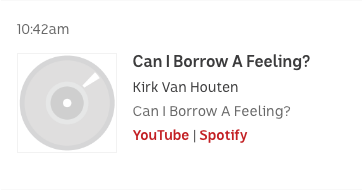 Not even 11pm on Day One and we burned through our Simpsons quota for the week. Not a good sign. 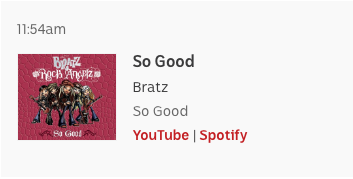 Pre-midday Monday morning and we’re already seeing at least one wheel wobble off its axle. This is such a quick-fire request that it simply had to have been pre-planned. People put research into this.

It simply would not be Requestival without Borat Voice My Wife somewhere in the mix. That it appeared early on the Monday should’ve been big red flags for all and sundry. 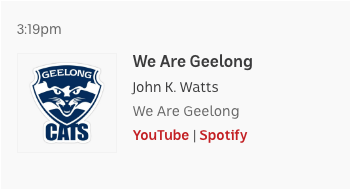 Whoever got this one over the line is simply taking the piss. For starters, absolutely fuck the Cats. For seconders, it’s not even CLOSE to the best AFL club song.

7:47pm, Dire Straits – Money For Nothing 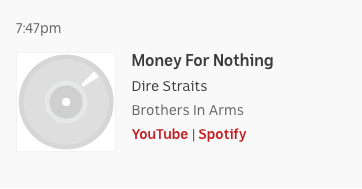 Beyond the fact that this is merely a Gold FM staple moonlighting on the government airwaves, what’s most interesting about this is that I am 10,000% convinced someone requested it just to see if Triple J allowed it to be played, egregious slurs in the lyrics and all.

The beatboxing background? Pretty good. The harrowing and deeply 2005-tier emotional film clip that accompanies it? Not bad. But for me? It’s the guitar solo. One finger, three notes, a lot of Learned This Yesterday-grade wailing. Good stuff.

8:23am, The Real Housewives of New Jersey – Gia’s Sad Song

Day two, everyone’s bleary-eyed and rattled from how crook day one was. Why not. Why not request this.

Very kind of someone to request the New Zealand national anthem, and even kinder of Triple J to play it. Representation matters.

It’s important – very important – to note that there are two versions of this song from that season of Drag Race, and that this is the good one.

This isn’t cooked in the slightest, I just wanted to point out how big of a banger it is.

Twelve thirty five pee em on Tuesday and we were all, clearly, losing our minds while someone, clearly, reaped all the benefits.

Sure, it’s no Short People, but then again what is?

It’s at this point that a No Return stage is hit. Requestival has hit its stride, and people have fully cottoned onto the fact that Triple J will just play any old shit if you request it. The cliff has been slid down. All remaining bets have been called off. From this point, it was on.

Case in point: This. This is just taking the piss. And at this stage there were three full days to go. Christ alive.

No rest for the wicked. Wednesday morning, first thing, and we were back into it with this absolute jam. Get up, get going, it’s a big day for all.

Somewhere, someone heard this being played and pithed a Wiimote through their TV screen. And honestly? I think that’s beautiful. 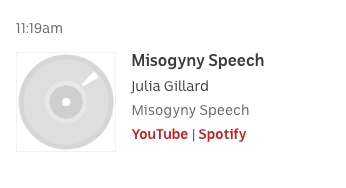 We’ve already covered just how out of the blue this was. But what’s more interesting now is to consider it in context of the day’s programming, mostly because it was sandwiched between Men Without Hats and Thundamentals. There’s a bit in that. 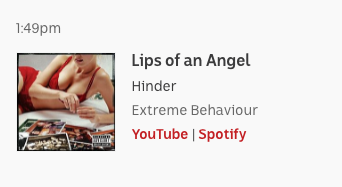 One of the more deceptively fucked requests in this week’s roster of shite. It takes a special kind of mind to get Triple J to play a tune not normally heard outside the confines of a Pioneer six-stacker that’s been jammed into the dash of a 2005 Nissan Pulsar. 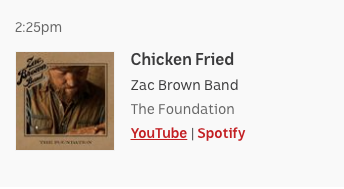 Low-key? This is a tune. A real underrated dance floor filler. If you ever get a chance to get on the 1s and 2s at a wedding, just drop this one and see how people react. It’s like tossing a lit match into a box of fireworks. Shit lights up.

That we got Undertaker and The Hardy Boyz but couldn’t get Ken Shamrock or The Lethal Weapon Steve Blackman up seems like an opportunity missed.

It’s no Elephant x Fruit Salad, but it’ll do.

I need to stress this very clearly: We were not well on Thursday. None of us. Thursday’s Requestival playlist is littered with an armada of fuck. The Fresh Prince theme was as normal as it got all day long. And they played that comfortably before the sun rose.

That the radio hasn’t figured out how to broadcast a strobe light function seems ridiculous in this day and age. 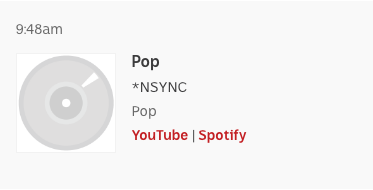 By far and away the worst *NSYNC song. It’s just Justin Timberlake A/B testing whether the world could stomach him as a solo star. And 20 years later, the answer is clear: “Kinda.”

Technically this qualifies it for the Hottest 100, and if there’s any goddamned justice in this work-a-day world, it’ll make at least the top 20. 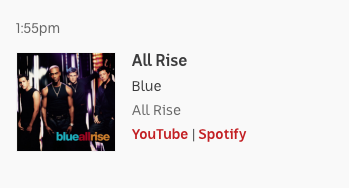 Look me in the eyes and tell me which other song details that one was for the money and the free rides, while two represented the lies that you, personally, denied? I rest my case.

I’m not exaggerating when I say that this is one of the worst songs ever written in the entire modern history of music. It is a thunderous mess that somehow got popular. For christ’s sake it’s just a middle-aged man sitting at a piano remembering shit. My GOD it sucks. 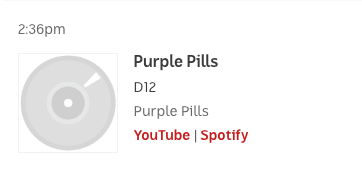 Had a real rough one all up and down on Thursday, didn’t we. A real shitshow of a day. And Requestival, god love ’em, bore the brunt of it.

Again, this just slaps. Nothing wrong with it at all. A true heater.

It’s very important to understand that Triple J played this…

3:45pm, Flight of the Conchords – Too Many Dicks (On The Dance Floor)

…directly into this. Enya, Conchords, My Neck/My Back. No rules. No Gods. No masters.

And speaking of fucked song transitions: 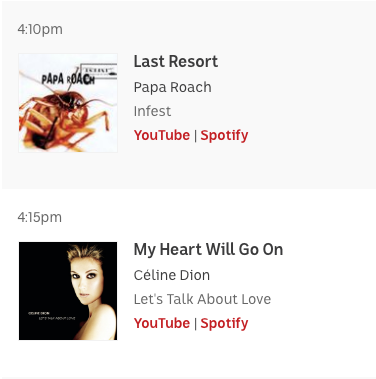 They very much did play Last Resort straight into My Heart Will Go On. The yin and the yang. The light and the shade. Everything in perfect balance. Circular. Flowing. Spiritual, in its own way.

Probably the best track from 100% Hits Volume 23 that Requestival could’ve played. The only other contenders maybe would’ve been Diana Ah Naid – I’ll Go Off or Alisha’s Attic – Alisha Rules The World.

In the grand oeuvre of songs about worms with fake PhDs earnestly attempting to improve their percussion skills, this is certainly one of them. 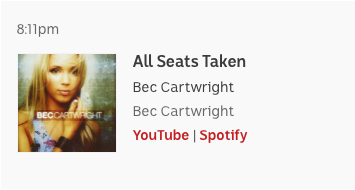 And thus, we come to Friday. The final day of Requestival, and the last remaining hours of this absolute shitshow. And god, what a way to start.

6:54am – Federation Against Copyright Theft & The Motion Picture Association – You Wouldn’t Steal A Car

Let’s just whiz past the fact that this had no right to go as hard as what it did, and instead focus on the fact that that’s a weirdly shithot potential band name for someone. Take notes, folks.

Full credit to everyone involved, going an entire five-day Requests Only radio festival and not playing Nickelback before the final day is some sort of feat.

Same goes for avoiding Weird Al until the last day as well, although this is for vastly different reasons. Shoulda been much, much earlier. In fact, a One Weird Al A Day policy wouldn’t have gone astray. But, y’know, beggars can’t be etc.