Tones And I Was Just Spotted Busking In Melbs, Which Is One Way To Spice Up Xmas Shopping

It’s another lovely (albeit cloudy) day in Melbourne and Tones And I was just spotted randomly busking next to that giant coin purse in the CBD. That’s one way to spice up your last minute Christmas shopping, hey?

Busking is nothing new to Tones And I, who shot to fame after she was scouted on the streets of Byron Bay a couple of years ago.

In a very casual announcement via her Instagram story this morning, Tones and I said she would be taking to Bourke Street at 11.30am to play some tunes. And by tunes I absolutely mean ‘Dance Monkey’. 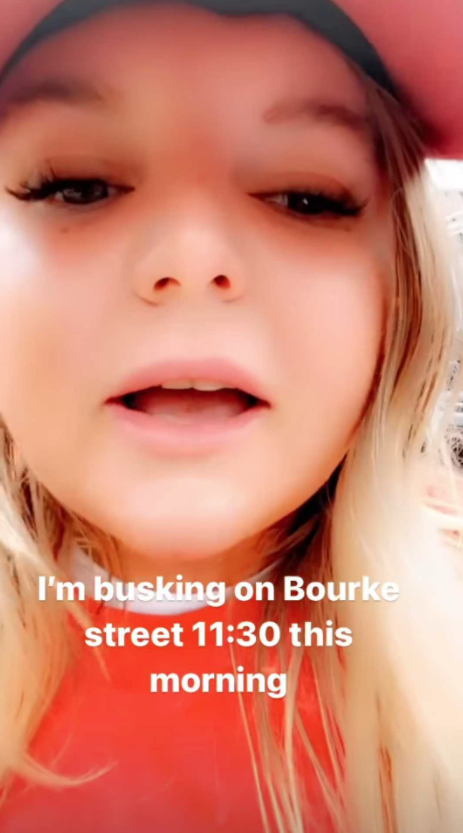 And, well, she did. Honestly, her announcement was so low-key, I probably would’ve skipped past it if I was just browsing IG.

The steps out front H&M are prime seats for people wanting to enjoy Melbourne’s buskers’ scene, and they definitely got a show today.

As you can expect, Tones And I’s surprise performance drew quite the crowd to Bourke Street.

Pop-up busker aka ???? @tonesandimusic out front of the GPO Big Purse, was brilliant!

Tones and I just started busking out the front of myer windows. Crazy stuff

Tones And I, whose real name is Toni Watson, has shattered records with ‘Dance Monkey’. In November, it became the longest-running #1 song on the ARIA Singles Chart since its inception in 1988. Over the past two years, the artist has also scooped up a slew of awards for the song, including the 2020 Song of the Year gong at the APRA Music Awards.

READ MORE
Holy Shit, Tones And I Is Estimated To Have Made $12M From 'Dance Monkey' Streams Alone

Darwin mates, Tones And I has announced that she’ll be playing a live show on New Year’s Eve at the Darwin Waterfront. You can find all the details and tickets, right HERE.

Elsewhere, she recently premiered her latest song Fly Away, along with its music video on YouTube. You can find the uplifting tune on all your usual streaming suspects, including Spotify, Apple Music, and Deezer.

If you’re keen, you can suss out today’s surprise performance in Melbourne via Tones and I’s Instagram story.