Brisbane’s barely legal post-punks The Cairos have been flirting with greatness since winning the 2007 Brizband School Challenge, but they’ve finally made it official after inking a worldwide deal with major label group Island Records/Universal.

If you haven’t had the pleasure of seeing The Cairos’ callous-inducing live show, we advise you make the most of their forthcoming east coast Tour presented by Pedestrian and our buddies from Purple Sneakers. These will be the last live shows of the year before the band head into the studio to prep their new release due for 2012. 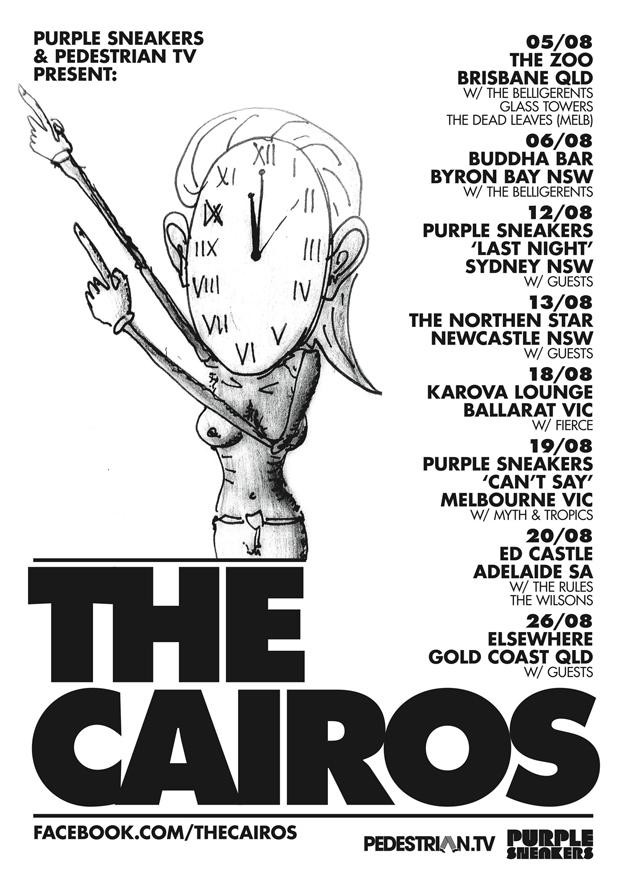 You can download free tunes at The Cairos Bandcamp including their latest single “Listening Party”.