Since her departure from the neo-disco revivalist collective Hercules and Love Affair with whom she worked on two albums, East Village-based DJ Kim Anne Foxman has been steadily cultivating a global following as a fast rising star of the house scene; from her New York City roots to clubs as far reaching as Europe, Japan and, as of this weekend, Sydney.

Foxman, who this Saturday headlines Mardi Gras 2014’s The Party at The Dome in addition to two shows in Perth and Melbourne (more details here), took five minutes out of her schedule to compile for us a guide to her Top Five Clubs From Around The World – beginning where many often do, at Berghain.

Berghain is surely the only club in the world that I could hang in for a zillion hours. Just approaching the building alone, you feel its presence. Parties can go all weekend long – literally! Forget about Instagram and taking selfies in here because it’s all about the music: no cameras, no pictures allowed, which I think is super genius!

The vibe is ON. The set times are long, so you can really go on a proper journey with the DJs. The main room, Berghain, is more techno vibes; the energy in this room is just beyond, the sweat, people are locked in so hard, you really feel it, and it’s just amazing. Panorama Bar is upstairs, which has more of a house vibe. I love this room. If you get lucky you can see the blinds peak open and shut to let some sunlight in during the day when the moment is right. It’s a real experience after a long night. In the summer the garden is open, which is also really nice!

If you want to take a break and get some ice cream in the club, they have that too. Downstairs is the Lab Oratory, a men’s fetish club, where I spent one insane NYE playing along with residents Steffi and nd_baumecker, whom I adore. It’s the one night of the year that is open to everyone. There is also another section called the Berghain Kantine where you can see the best DJs, and live shows too.

Hands down, it’s the best club in the world. 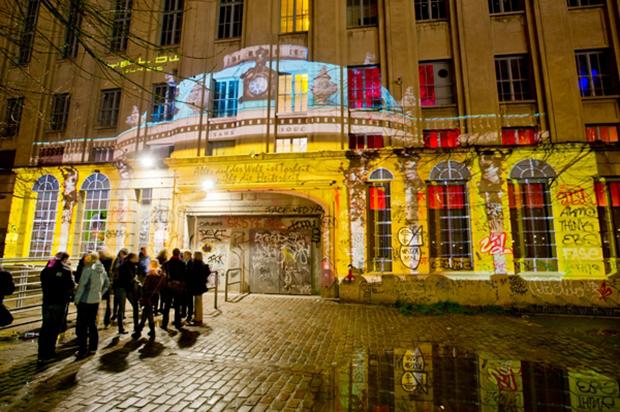 London is one of my favourite cities for music as it’s one of the leaders in the industry for everyone around the world. If you like dance music, Fabric is the place for you. It’s one of the most respected clubs in the world and is really known for carving a path to follow as far as dance music goes. Fabric always has stellar line-ups of the latest ground-breaking artists to legends of dance music; the sound is really amazing and the lighting on point.

I had an amazing night with Bicep there for the ten year anniversary of the club, which was simply bananas! We were in Room 3 and I recently played again there with Simoncino all night long, whilst Kink and Neville Watson killed it with a live set in the main room. Fabric sets the bar at a very high standard! 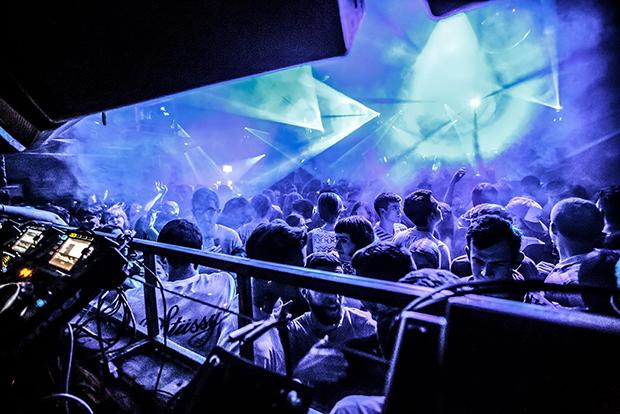 ROBERT JOHNSON, OFFENBACH, GERMANY
I’d heard so many nice things about Robert Johnson before I went there myself. It’s an intimate space, very nicely designed. The sound is super, the crowd was really warm, my favourite moment was when the sun came up while I was playing, which served as gorgeous backdrop for the DJ booth! It was really breathtaking. There’s also a terrace to get some fresh air with a nice view too.

I really like this club. You don’t have to be a mega club to get it right, and Robert Johnson really does it right.

PRECIOUS HALL, SAPPORO, JAPAN
I had a wonderful experience playing here a few years ago along with Tim Sweeney. This club has really been made with love: the inside is all wood, everything feels like it’s handmade and there are rumours that it was assembled by David Mancuso.

This place is really all about the music. I’ve never seen turntables that looked like the ones they had there – crazy custom technics, super cool! I was so tired that night but the people wouldn’t stop dancing. Tim and I played the entire night until 10am! I think Precious Hall is a really special place. 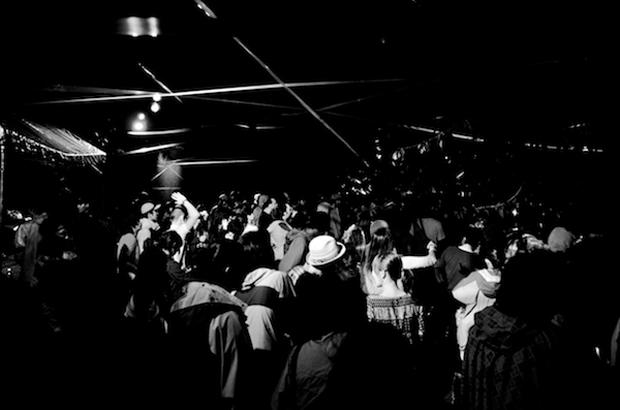 For those who thought that New York was in a dance music slump, things have turned around! YAY! Finally! I’m very excited that Brooklyn is totally popping off with dance music at the moment! Output is a great spot in Brooklyn where the music is key. They bring in quality international DJS every week and the crowd is cool, filled with real music lovers.

The main room almost feels like you’re looking at a spaceship; it’s really nice inside with cool lighting. They also have a smaller room called the Panther Room which is really nice, with a little fire place and a pumping Funktion-One sound system. There is also a terrace as well, which is really nice to go out for some fresh air and to see the cityscape. I’m just really happy that Brooklyn is alive and pumping, and that we’re starting to have some real proper clubs in the hood! I dig Output a lot. 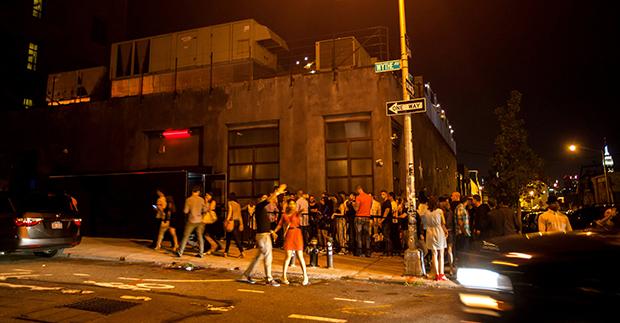