For decades, us young folk have faced the same challenge: how can I head out without blowing every dollar currently in my possession? PEDESTRIAN.TV has partnered with NAB to share our collective insights on the matter and help all’a y’all #SpendBetter. A NAB everyday banking account will give you everything you need to better manage your cash-money – hook yourself up with one by visiting NAB’s website HERE.

Come Monday, Struggletown has taken in its newest resident: you. You’re not alone though, thousands now find themselves in Struggletown. Yep, you’re all up Struggletown’s creek without a paddle because you literally can’t afford a goddamn paddle. The culprit for your $0 bank balance? One hell of a weekend. Was it worth it? Probably – even if it was just for the, “you won’t believe how off-bone Kev got on Friday,” banter by the water-cooler.

Sydneysiders, if you’re regretting your weekend’s financial decisions, then here’s how to justify them: your city’s doing it a bit rough lately. Dropping money in its bars, clubs, and pubs is an exercise of political support – you’re doing your part to #KeepSydneyOpen. However, unless you’ve just renewed your contract to the Real Housewives‘ franchise, or your full name starts with Chuck and ends with Bass, then you need to learn how to spend your money wisely when having a big one. 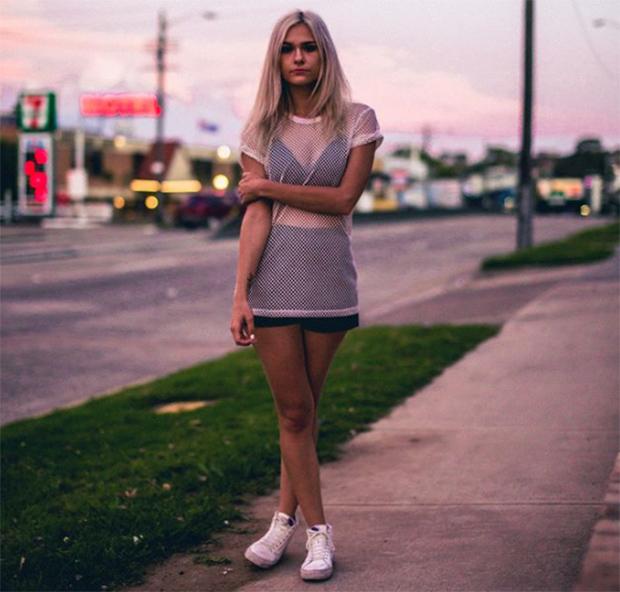 When your only income is a measly $200 from an inconsistent, once-in-a-blue-moon gig, you learn quickly how to get by on literally nothing. Nicole Millar’s lived it (we feel you, bae) – having quit her job after her vocals/lyrics featured on Peking Duk‘s ARIA Award winning, #1 triple platinum selling song, High. She’s worked with Cosmos Midnight, What So Not, Golden Features, Rüfüs and The Kite String Tangle, we reckon it won’t take much longer for Nicole to blow up more than Russell Crowe when he’s unable to phone home.

Nicole’s had the pleasure of playing at live venues such as the Oxford Art Factory and the Enmore Theatre – she understands the importance of Sydney institutions in furthering a musicians careers (so keep ’em open, pls). Speaking of furthering a musicians career, get around Nicole on her Facebook HERE, Instagram HERE and Soundcloud HERE. She’s about to head off on an Australia-wide tour and she’s certainly someone worth seeing in the flesh – head HERE for the tour’s info. Before ya do though, review the picks she recommends hitting up that won’t cost you a small fortune.

“Mexican is my favourite. Just get heaps of tacos and share with friends.”

“Or any Chinese restaurant tbh. Eight dumplings for $9.”

“Definitely not the cheapest but it’s worth it for the view. If you get there at happy hour you’ll save some cash.” 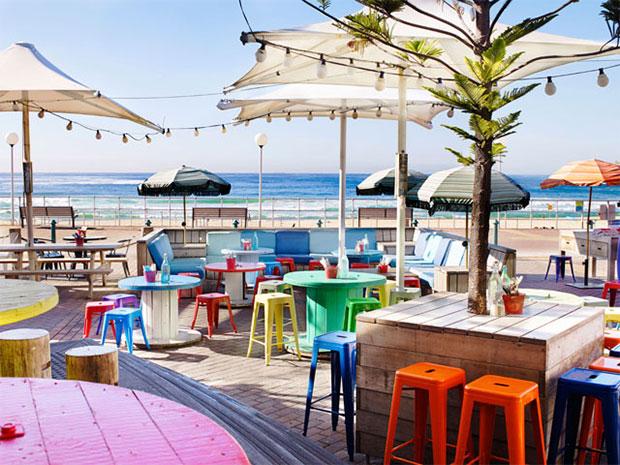 “I used to go here when I was younger. Lots of cheap drinks and good music.” 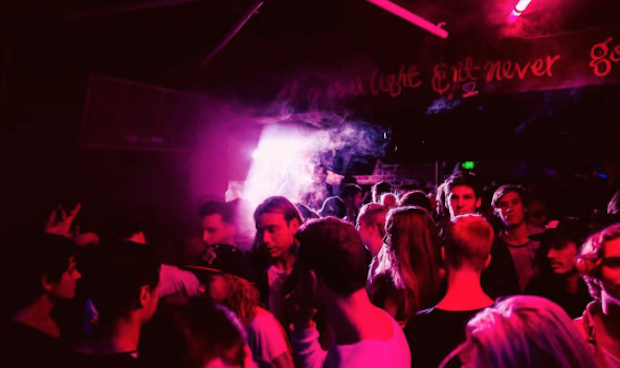 The Norfolk On Cleveland

“Happy hour is excellent and you can get $20 cocktail jars to share with friends.” 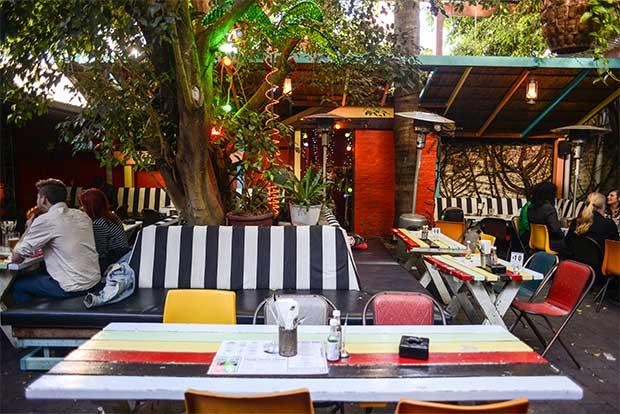 Photo: The Norfolk On Cleveland.

“Why? Because, Pizza. They also have amazing Whiskey and fresh Apple drinks.”

“You can get weird here and no one will blink twice.”

“Formerly called Goodgod. You can come here for $0 entry fee unless you want to go see a band play in the back room. Great music and atmosphere.”

1. Go out with a big group so you can split travel costs.

2. Have a few drinks before heading out.

3. Move money into another account so you can’t touch it. 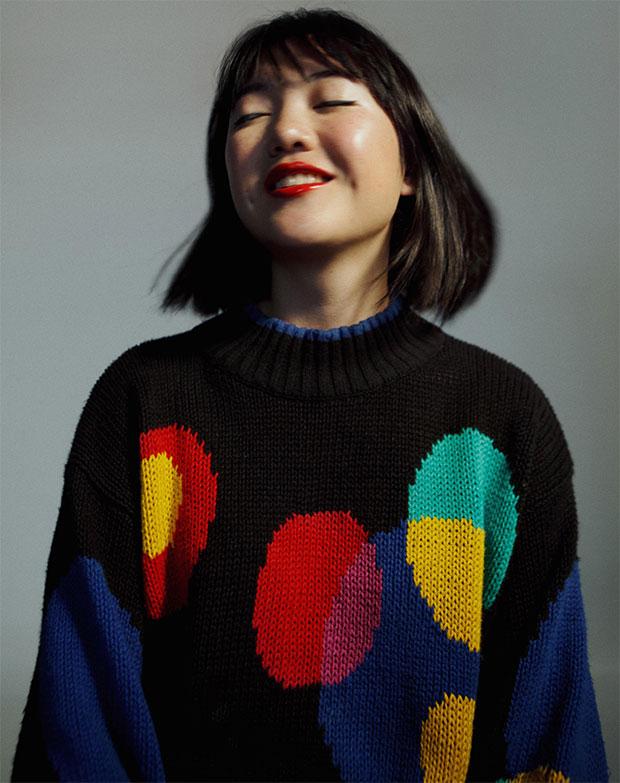 The electro-pop solo artist and producer, Rainbow Chan, has her noise down-pat. She creates songs that are perfect for when you’re a bit fragile after a turnt one and feel like baking in the sun on a big patch of grass – y’know, living out your best, most rekt/whimsical existence. As a burgeoning act on the scene, Rainbow has some strong feelings towards the state of Sydney’s nightlife:

“Before the lockout laws and when Sydney was less of a nanny state, it was easier to play shows and I had some incredible gig experiences,” she says.

“More people were out and about. There was a healthy nightlife ecosystem. Now that venues make less from alcohol, bookers are preoccupied with ticket sales, which means less chances are taken to put on shows with more of an experimental or underground nature. It’s a shame the vibrancy of live music, arts and culture has suffered in Sydney of late.”

It sure as hell isn’t stopping Rainbow, though. She’s still laying down bangers left, right and centre – and we’re really feeling them, tbh. Hit her up on Facebook HERE, Instagram HERE, Soundcloud HERE and enjoy the smooth groove of her latest single below:

“I love Enmore Delicious Rolls mainly for the boss lady who is a sweet heart. You can grab a pork roll for $5 or an amazing curry beef noodle soup for $9.” 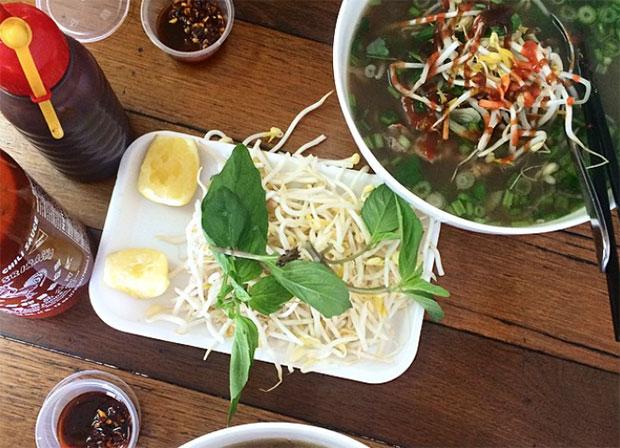 “I also recommend Xin Jiang Noodle Restaurant for their flavour noodles & pork or their cucumber salad for about $10.” 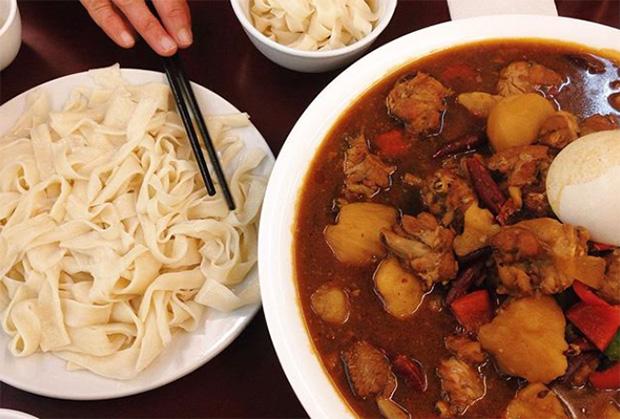 “If you’re eating with 3 or more, I suggest getting one of the platters at Kabul House in Merrylands. For around $15 each, you’ll be very happy and full of the most succulent kebabs, aromatic rice and fresh bread.” 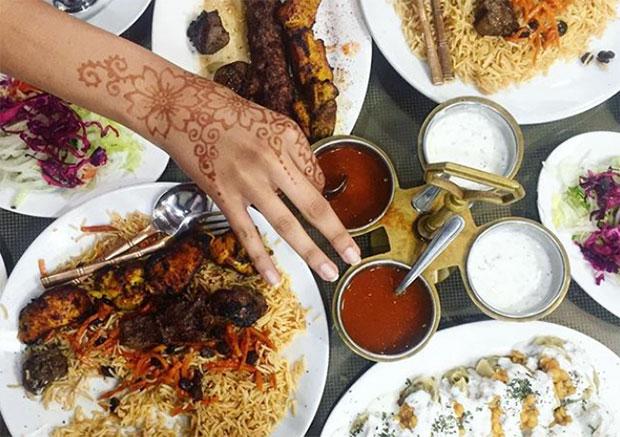 “I really like the programs and performances that Liquid Architecture (find out more HERE) organise. They explore complex ideas and experiences at the intersection of contemporary art and sound, but without being alienating. Tempe Jets (find out more HERE) is another place that puts on free or cheap gigs such as Doubtful Sound, which is really nice on a Sunday afternoon. Freda’s Bar (find out more HERE) has also put on some stellar and sweaty tribute shows.”

“Goodgod Small Club (now Plan B) was my favourite venue because of its humble size but big personality. I loved the adaptability of the venue and the variety of music they put on. There was an immediacy between the artist and the crowd there because of the low stage. It always felt like Marcus Whale from Collarbones/BV could come up to you and pounce at any moment (with consent, of course), which I miss.” 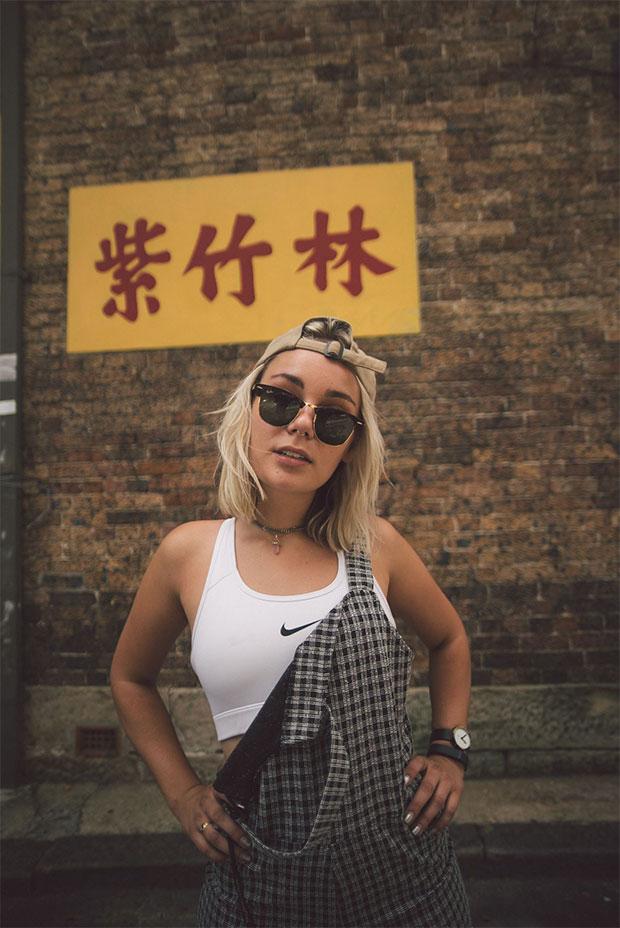 Madeleine Carr certainly knows how to dish up some fire AF bangers. Operating under the mantle of Sports, Madi is garnering a consistently rising support-base – she was plucked by the crew at FBi Radio for Dance Class 2015 (a projected designed to address the significant gender imbalance in dance music) and was also nominated for Lost E Minor’s Young Creative Australian Award earlier this year. She be up in the club just werkin on her fitness, and we likey. We likey a lot.

Having paid her dues as a bartender at venues like the Oxford Art Factory and Canteen (RIP), Sports has been exposed to the ins and outs of the music industry. Because of this, she knows better than most the impact lockout laws are having on local vendors and musicians. “Pre-nanny state, it was a fantastic support network for musicians and music lovers alike,” she says in reference to her time at Oxford Art Factory. “You would get young bands and all their friends in the gallery bar, and international talent supported in the main room. Punters from all parts of Sydney came together, sharing a mutual love for music.”

Keep dibs on Sports’ mad/dope/phresh skills by getting around her on Facebook HERE, Instagram HERE and Soundcloud HERE.

“Happy hour from 5-7pm is huge. $4 house spirits and bruskies (huge range of tap beers too).” 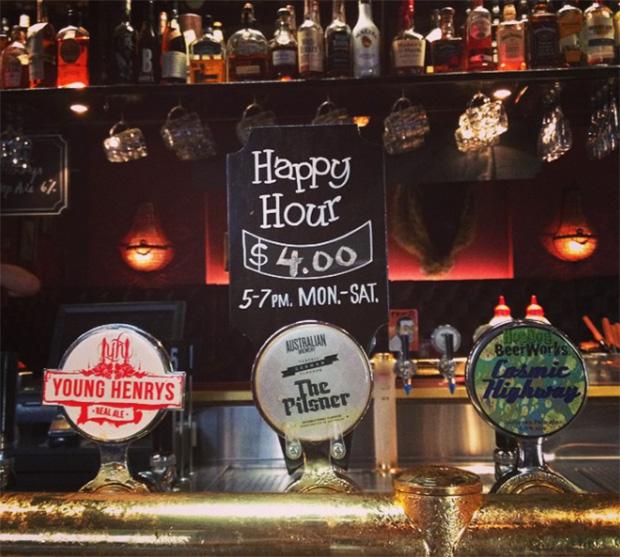 “Featuring table dancing, this place is a huge vibe. $5 tinnies.” 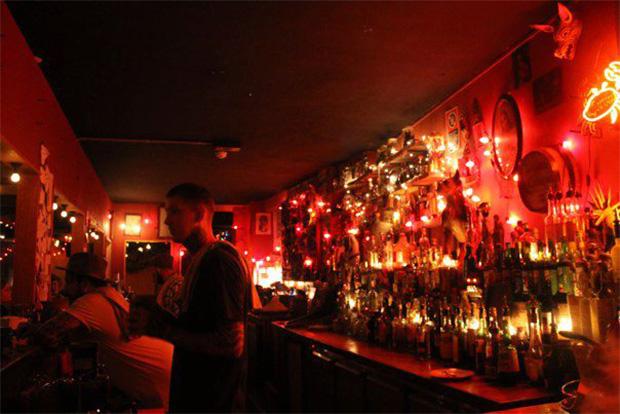 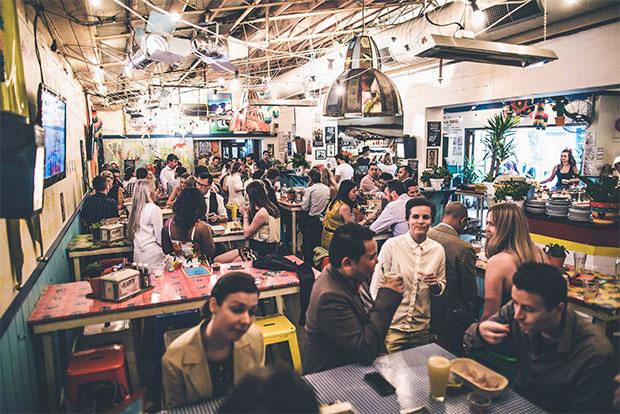 “FBi Radio is an institution when it comes to supporting Sydney culture, within which there are A LOT of free exhibitions, gigs and festivals alike! Check the their Diary of Death for weekly updates on free and cheap gigs worth supporting.”

“Check in with the girls at Ikolide Sydney who know what’s up in terms of sweet food and drink deals without compromising on quality or style.”

“If you walk into Sydney Aquarium backwards you can get in for free!”

If you’re really (and we mean really) struggling with money, then head to Madi’s free food spots:

Hopefully you’re feeling a touch more in the know, and feel confident that next time you head out you’re not going to blow your entire pay. Another fab way to #SpendBetter is to open a NAB everyday banking account  – hook yourself up with one by visiting NAB’s website HERE.