Here’s a bit of tasty music news for you: legendary Sydney indie band and one time festy favourites Red Riders are reforming for a one-off gig in Sydney. 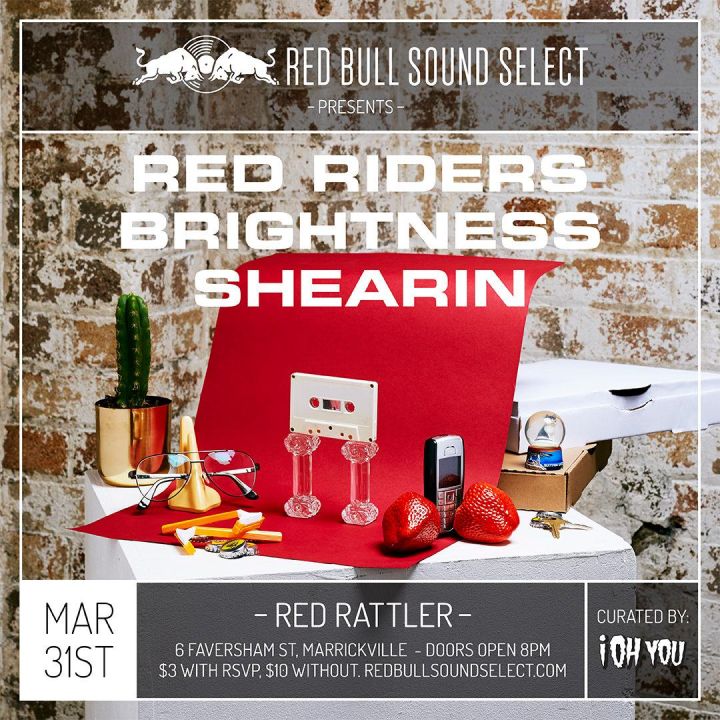 Yup. The band, who shot up in popularity when they supported Franz Ferdinand‘s Aussie tour back in the heady days of 2004, are reforming for a show at Marrickville‘s Red Rattler alongside Brightness, Shearin’ and Body Type DJs. It’s all being put on by Red Bull Sound Select.

It’s been five years since Red Riders split amicably back in 2011. Remember this one?

It’s all going down on March 31. RSVP here – it’s only three buckeroos but tix will probably sell quick smart. Geddonit!