Splendour In The Grass today announced that Day One of the long-awaited festival was cancelled, meaning that festival-goers were no longer able to see a bunch of acts slated for the PM of Friday’s timetable. But all is not lost. A heap of acts took over stages in Byron Bay and surrounds with Splendour In The Grass pub gigs.

The Beach hotel — something of an icon in Byron Bay — had a huge line since the news of a gig was announced. I’m told the line is still around the corner right now.

Central Sonics DJ was the first to take the stage at the Beach Hotel, followed by Melbourne-based band Rolling Blackouts Coastal Fever.

They quite literally had punters jumping on stage in some very chaotic yet welcomed behaviour.

Following that a set of floor-filling heaters kept people’s energy up while waiting for Baker Boy, who was originally scheduled to perform on the main Amphitheatre stage at 3pm today.

If you haven’t seen Baker Boy perform live, figure your shit out. He is AMAZING. He rocked up wearing a Gucci tracksuit (of course) and played the didgeridoo during his set.

ANNNND Bernand Fanning joined Baker Boy on stage for his mix of ‘Wish You Well’. Love it. LOVE IT.

Honestly this @bakerboymusic show at the Beach Rd Hotel – thrown together in four hours flat – has been absolutely magic. Bernard Fanning and all 😍😍 pic.twitter.com/sprgaMxEqD

Baker Boy closed his set by telling the crowd, “I’m sorry I couldn’t perform on that big stage for you mob but tonight has been a blessing for me and for you mob.”

Members of Confidence Man stepped up to the ones and twos to keep things pumping into the night with a B2B DJ set with Jono Ma.

Over at Kingscliff Beach Hotel, there were 700 people waiting to get in before Renforshort and YUNGBLUD took the stage respectively.

So good that these two were at the same venue — they’re collaborators, mates and have toured together before.

Renforshort drew in a massive crowd for her performance after originally being slated for a 5pm set at the Park(lands) stage today. Look at this crowd!

YUNGBLUD — who was meant to be performing at the Amphitheatre at 4.15pm today — has since taken the stage and is topless. And these punters prove that you don’t need to get inside a venue to enjoy the damn energy happening in Byron RN.

Listening to yungblud live from outside some random ass pub

The Railway Friendly Bar on Jonson Street in Byron hosted The Buoys, George Alice, Japanese Wallpaper, Ioakim, Adam Newling, Flowerkid and May-a. It’s also lit and the line to get in was huge as soon as the news was announced — to be expected with a lineup like that. 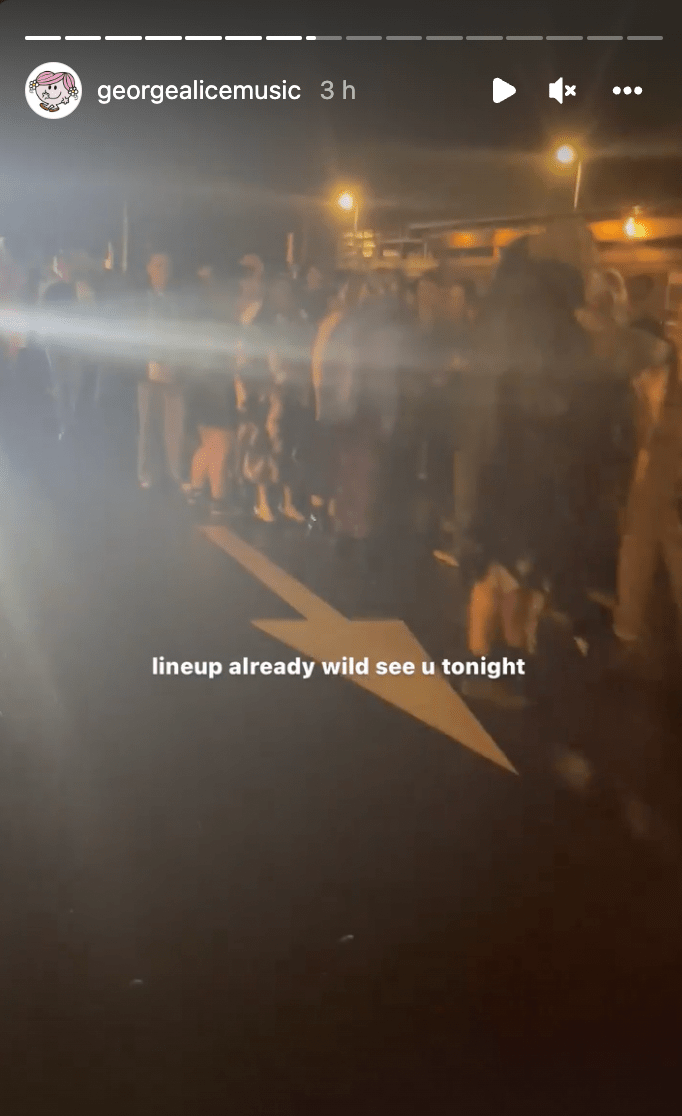 Here’s some footage of The Buoys:

All the pubs in Byron Bay have turned into make shift stages#Sitg #Splendour #ByronBay pic.twitter.com/Mnhm3B0Fur

Safe to say Byron Bay is absolutely popping off right now. Weather be damned. The vibes be strong after one hell of a day.