Splendour In The Grass Has Zero Time For Gross, Sexist Campervans This Year

Three times the usual number of frothers were gunning for Splendour In The Grass tix when they went on sale this morning, so it’s possible organisers are preempting an additional number of fuckstick-attendees at this year’s festival by announcing a very, very dim view towards sexist campervans.

A message was posted to the site, warning punters that campervans spray-painted with gross, sexist slogans are 100% not the kind of vibe the Byron Bay festival site wants to cultivate.

“If you’re booking a campervan, please steer clear of sexist slogans! You know who you are. It’s 2016. Get with the program,” it reads, which is pretty obvious stuff, really.

If you’re thinking this is somewhat of an overreaction, you’ve obviously never clocked the work of van rental company Wicked Campers, infamous for its mostly misogynistic paintwork. 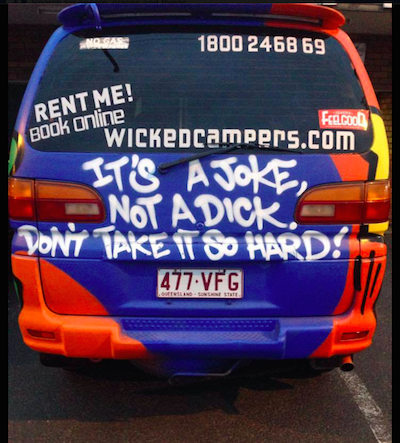 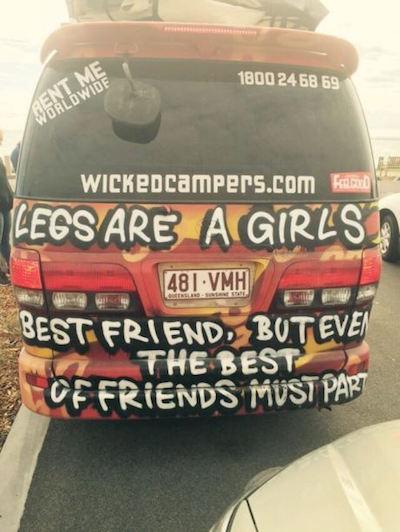 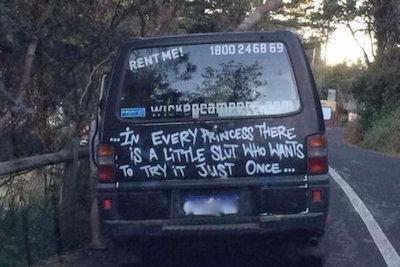 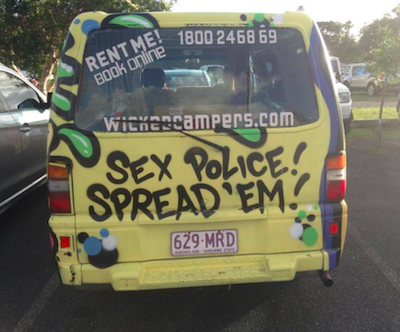 Wicked Campers’ owner John Webb vowed to veer away from “slogans of an insensitive nature” back in 2014, after a petition against the vans gained more than 100,000 signatures, but they’re still an obvious enough presence to warrant a talking-to from Splendour itself.

Whether festival organisers’ anti-sexism warning has any impact remains to be seen, but we for one are 100% behind anything that means one less moron (or a van of ’em) on the roads.

Photo: Questions For Us.