From HBO comedies to devastating left foot strikes, Kai Campos and Dom Maker of post-dubstep duo Mount Kimbie are inspired by more than just off-kilter beats and the reverberant qualities of Brighton wind tunnels. Ahead of their debut Australian tour (they played Melbourne Saturday) the pair talk us through the top five songs and videos that inspired the writing of their debut album, Crooks & Lovers. Some inclusions may surprise you, others not so much. Take it away lads.

Klaus is an incredibly talented young producer from London, and a good friend of ours. He has sent us tracks for ages and each and every one of them have blown us away. This is one of two tracks that he will be releasing in the near future. A truly special artist, and someone who has always influenced our productions.

We were speaking to these guys in Amsterdam back in December, when we played a Hotflush night with them, Scuba and George Fitzgerald. I was telling Praveen that when Kai first played me this track my initial reaction was ‘What the fuck is this?!’ I was blown away by it, we both were. In terms of production, energy and momentum it is truly next level!

Through writing the album, we had a lot of down time. Much of it was spent recovering from the fits of laughter inflicted by the activities of Kenny Powers in the HBO show Eastbound and Down. This is a classic scene from that show.

Moments of true inspiration come around very rarely, this is one such moment that will stay with us both FOREVER. I feel that this moment in sporting history is perhaps the BIGGEST influence on Mount Kimbie, forging us into becoming who we are today.

5) Grouper – Heavy Water/I’d Rather Be Sleeping

We listened to the Grouper album a lot during our time writing Crooks and Lovers. This track was a favourite. The way the guitar sounds, that washed out reverb, inspired us to look closer at the technique of using effects within our own sound. 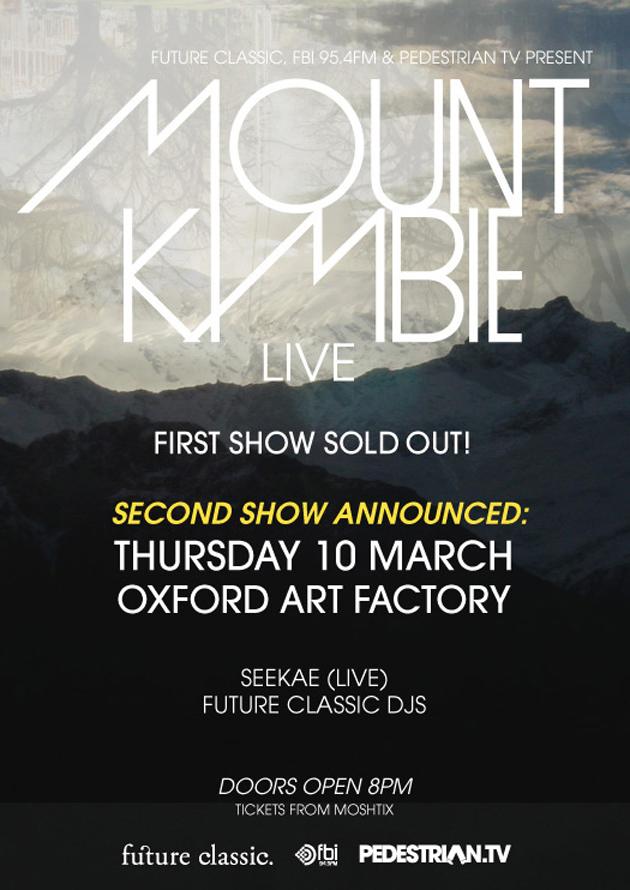