Morrissey, Still Very Much On One, Is Flogging Signed Copies Of Other Musicians’ Records

What with his new-found love of the British far-right and his, uh, interesting views on race, it’s pretty safe to say that Morrissey is having a bit of a Moment. Once the face of soft, bicycle-riding men who are perpetually house-bound due to debilitating unrequired love, Morrissey has emerged from whichever puddle of radioactive slime he fell into as the uncle who inevitably ruins every family gathering to which he is invited by going off on a tear about “those people”.

This alone is not enough to pay the bills, it seems, and the man is going to some pretty interesting lengths to keep the cash rolling in. The merch the singer was selling at a gig at the Hollywood Bowl in Los Angeles on Saturday included such eclectic treats as replicas of the ‘Fuck the Guardian’ t-shirt he decided to wear during the show: 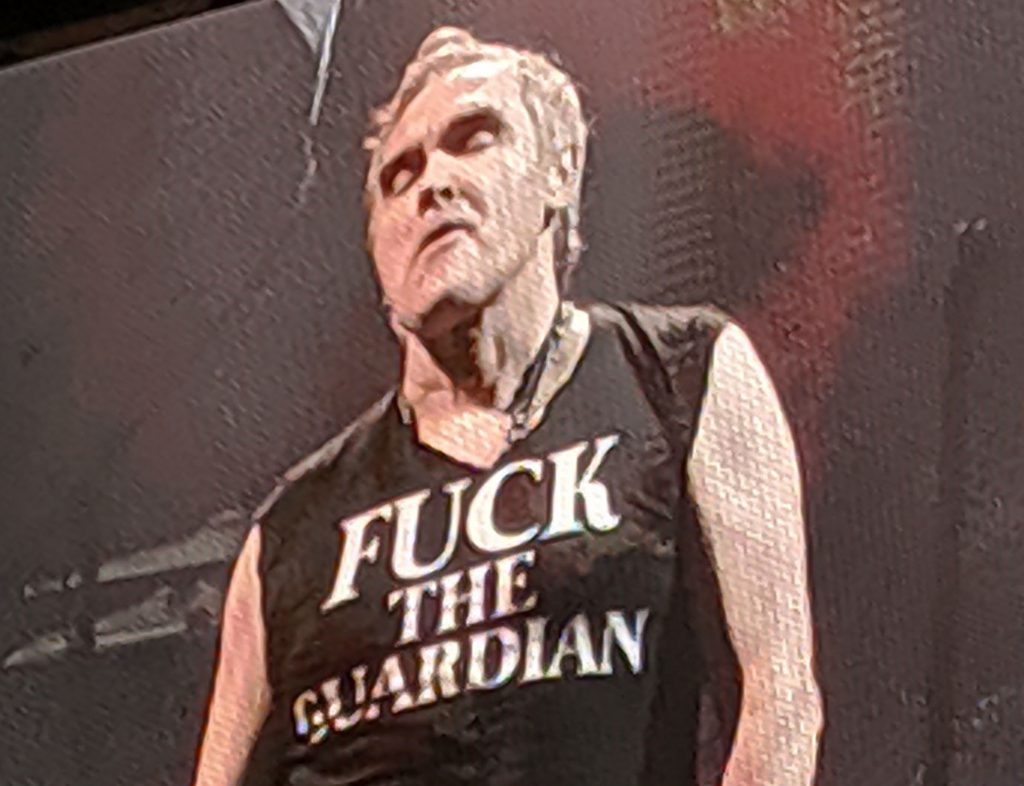 And, substantially more strangely, other people’s records signed by Morrissey and sold at an extremely exorbitant mark-up:

I think the original post got deleted but here’s the picture. The absolute hubris of charging $300 for a Bowie record signed by Morrissey is breathtaking. pic.twitter.com/bruSpDRSFY

Yes, for the low, low price of just $438, you can own a copy of Patti Smith’s album Horses that is, for reasons as-yet-undetermined, signed by Morrissey.

If this seems to you like an insane thing to sell and like there’s no chance anyone would actually pay for this, you are absolutely dead wrong, my friend:

A pretty phenomenal addition to my vinyl collection last night at the @hollywoodbowl #Morrissey show! My favorite singer signs my favorite album of my other favorite singer. Mind blown! @thisispattismith he loves you! ???? And, I love you both! #vinyl #vinylcollection #vinylcollector #autograph #love #horses #pattismith #concert #hollywoodbowl #hollywood #singer #singersongwriter #singers #respect