It’s been a minute since we’ve heard from Lorde, but she’s finally beamed out an email to the world while she’s isolating in New Zealand, detailing what she’s been up to in the last few months. And yep, it includes working on her third album again.

After confirming she was delaying her third album late last year due to the death of her dog, Pearl, and the grief around her beloved boy diminishing any colour she was finding in her recording process, Lorde has now lit up email inboxes with her latest transmission to say she’s back and creating her way through the pandemic.

In her email – written in a way like it’s a love letter from an old friend – Lorde spoke about returning to the studio again back in December “just for something to do” and surprised herself with the playful, happy things she began producing. She’s working once again with Jack Antonoff, who visited her in NZ last year and she went over to LA to keep working on the album until the pandemic hit and quarantine came in.

She stressed that hasn’t stopped her though, she’s been FaceTiming with Jack to keep the ball rolling, but said that it’s going to take a little while longer before we get to hear anything.

Lorde noted that she’s been seeing everyone yearning for new music from her as well – especially after the soaring excellence that was 2017’s Melodrama – but also stressed that good things take time and that she wants to make the greatest treat for us that she can make; work that will last “ten, twenty, thirty years.”

Most excitingly, Lorde said that she’s “truly jazzed” about her next album as it takes shape and form and that it’s got it’s own colours now. If you know Lorde and her synesthesia, this is a really, really good thing. 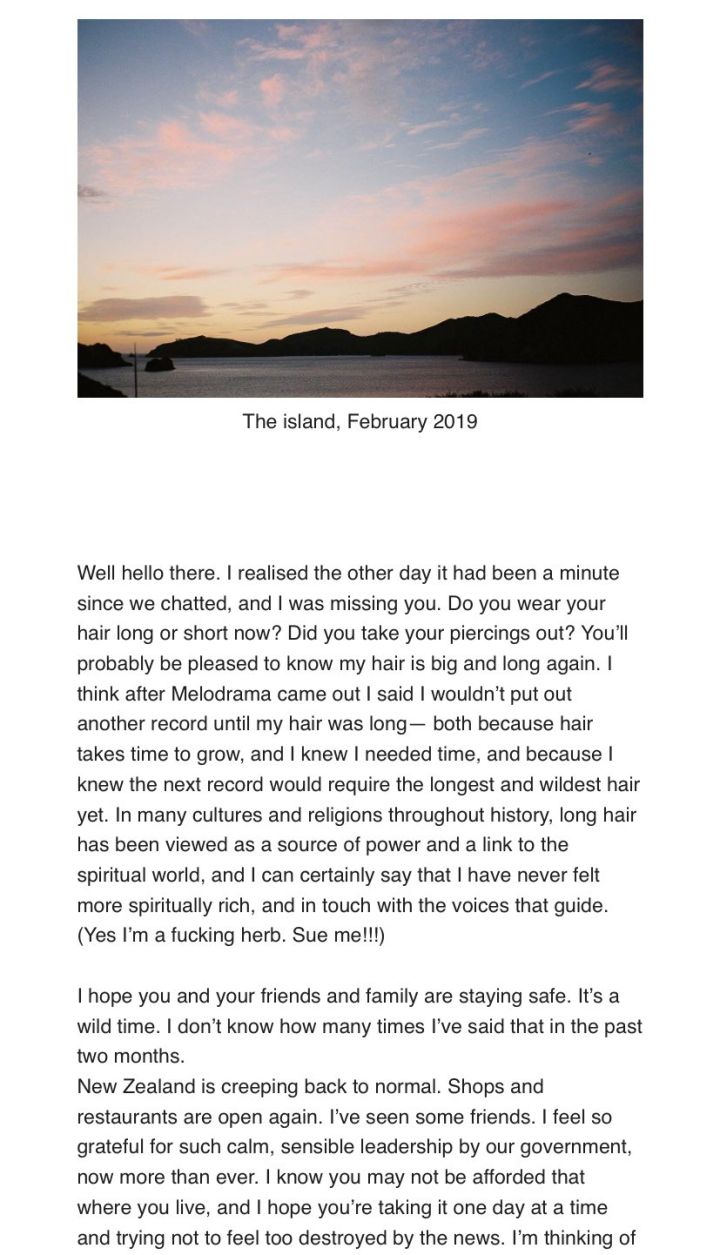 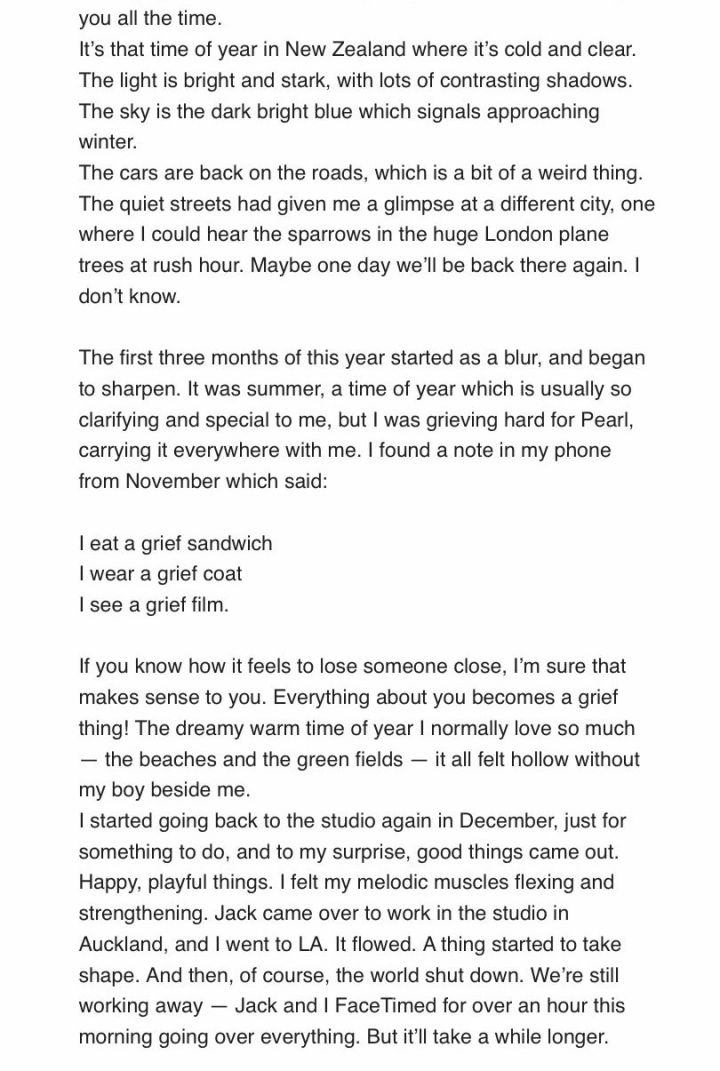 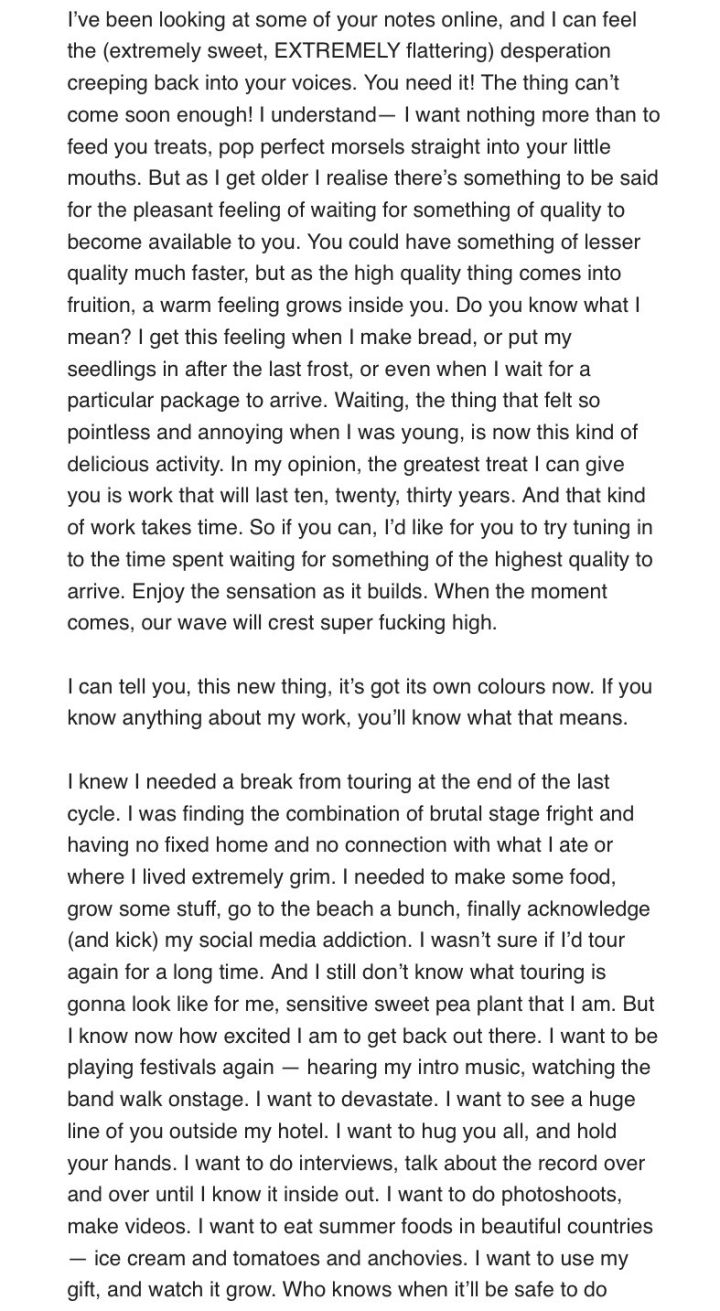 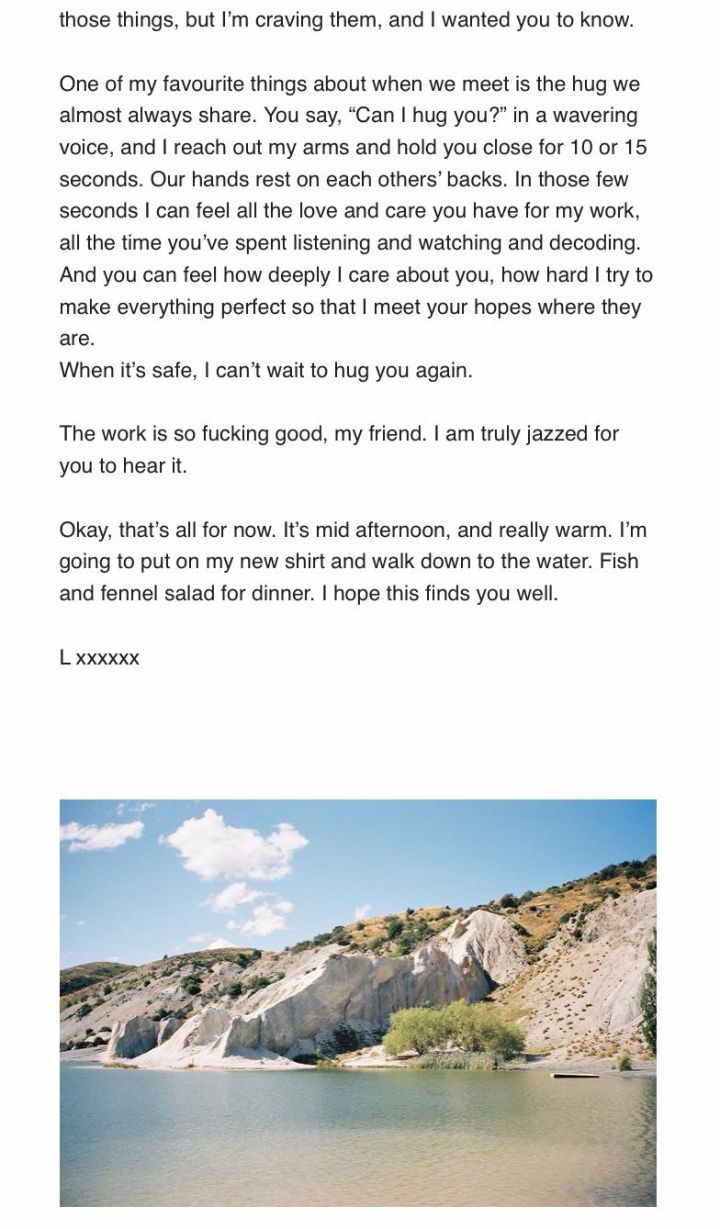