Beloved 90s hip-hop icon Lauyrn Hill was the talk of Coachella Day 1 yesterday, with a bouncing set that brought back many of her favourites and streamed live on Youtube to millions of fans across the world.

Despite hitting the stage late (as is now unfortunately somewhat of a trademark) and having issues with vocal levels, Hill powered through classic cuts like ‘Everything Is Everything’ and ‘Sweetest Thing’ with adrenalin and seemed impervious to the heat despite the fact that she was wearing enough gear for the middle of winter. Armed with a crack session band and an extended brass ensemble, Hill closed her set with an amped-up rendition of her biggest hit ‘Doo Wop (That Thing)’ which, frankly, ruled.

Elsewhere, Kings Of Leon played a set full of songs from their first two (good) albums, declaring “we’re tired of playing the new shit” and every celebrity worth his salt, from Danny de Vito to Paul McCartney, turned up for a dance. 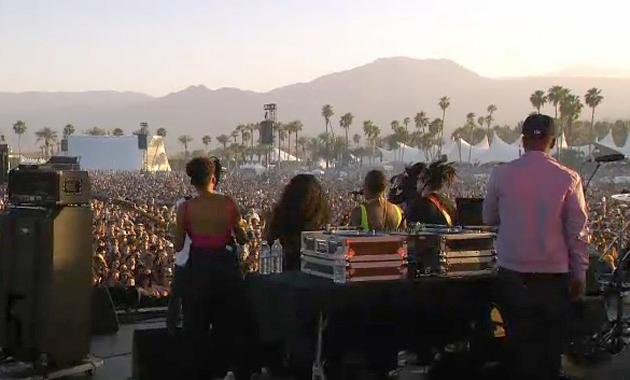