With the weather now tipping over the ledge into “bullshit hot” territory, it means the blessed Laneway Festival ain’t too far away. And just as the sun will rise to melt everyone into a simmering puddle tomorrow, so too have festival organisers given you all the gift of timetables to pore and obsess over.

The festival circuit kicks off on January 28th in Auckland, before skipping over to the Australian mainland in Brisbane on February 2nd and snaking its way across the major cities before ending up in Fremantle on February 10th.

The lineup sports the likes of Gang Of Youths, Courtney Barnett, Camp Cope, Parquet Courts, The Smith Street Band, Skegss, Middle Kids, What So Not, Wing Defence, and a myriad of others (also Florence + The Machine if you’re lucky enough to be fanging down to the Auckland date).

Cop the timetables for every leg of the 2019 Laneway Festival tour below and start whittling down yr shortlists, mates. It’s gonna be a good one. 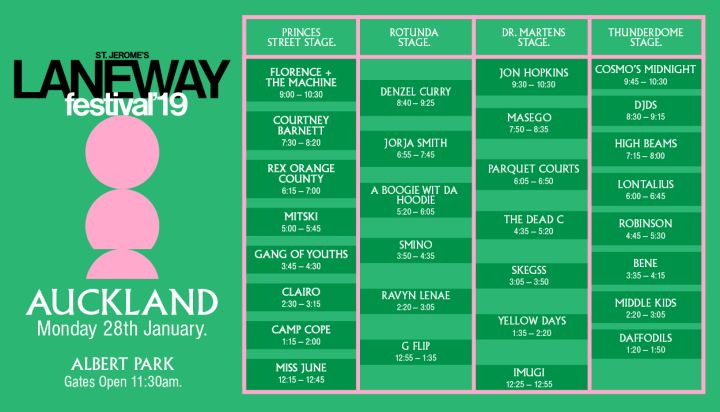 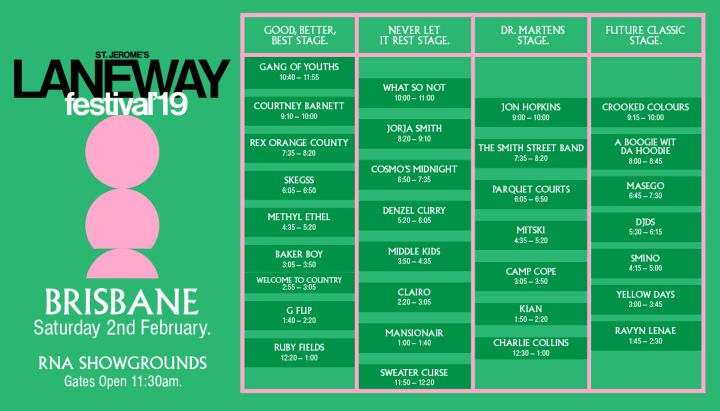 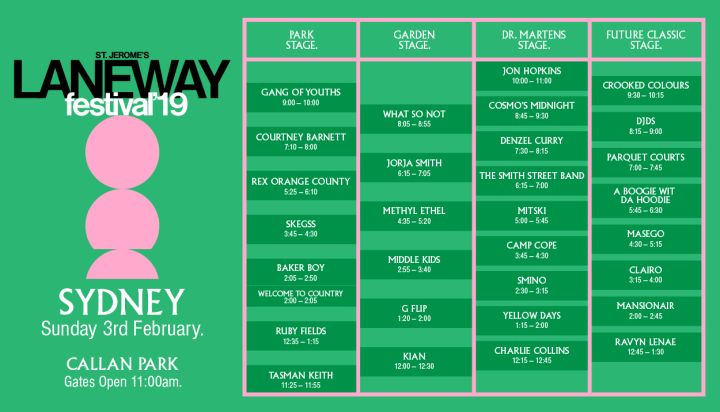 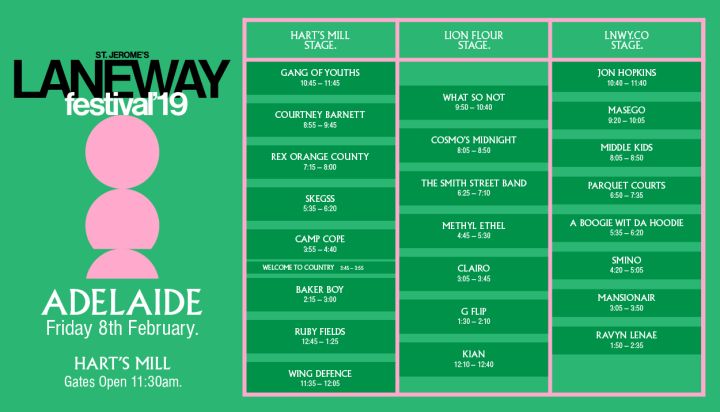 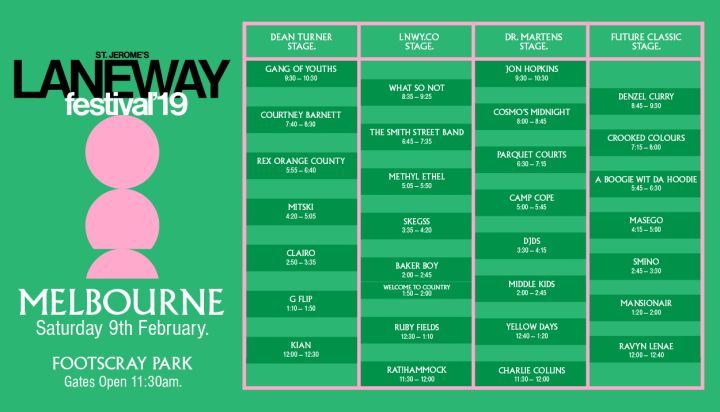 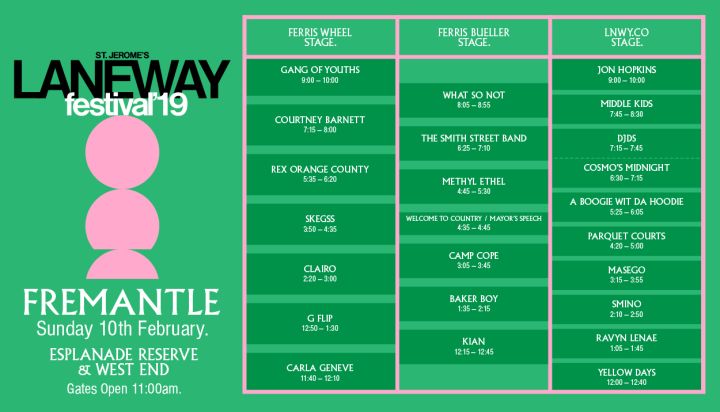 Additionally, Laneway organisers confirmed the lineup for the official festival after-party set to take place at Max Watt’s in Melbourne on Saturday February 9th, with The Chats and Gooch Palms set to take the stage, along with DJ sets from festival acts Parquet Courts and Ruby Fields.

You can cop all the vital ticket detail for that show via this here link.