Between his seamless Big Day Out performances, Kanye West has been spotted indulging his love of high fashion. Yesterday afternoon he spent time in luxury menswear store Harrolds located in Sydney’s CBD Westfield where, according to the department store, he picked up a bunch threads including several pieces of new season Givenchy by Ricardo Tisci, Comme des Garcons and jeans by Balmain.

Kanye was shopping with his regular fashion collaborator and close friend Christine Centenera of Australian Harper’s BAZAAR (you can see her entering the car in the pic below). Harrolds described Kanye as ‘a perfect gentleman’, so take that, Soundgarden! 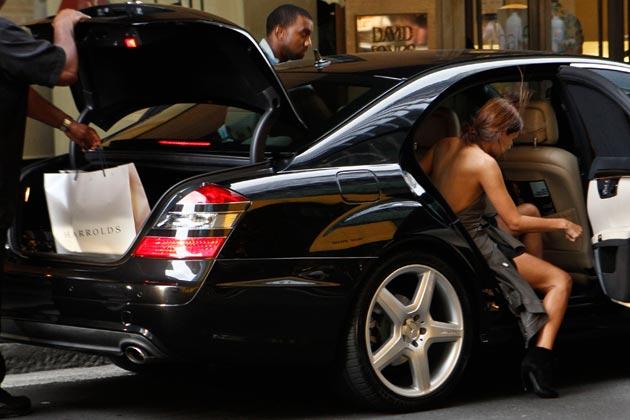