Justice; you never know what those beat-making maniacs are going to do next.

Well, now we do. Fresh off a leak which came earlier this week when their manager, Busy P, dropped it into one of his DJ sets comes the official version of the title track (and closer) from the French duo’s new record, Audio Video Disco. It follows on from ‘Civilization’, aka The Most Ridiculous Adidas Campaign Soudtrack Ever. Here’s the single artwork, which we assume Pedro Winter didn’t actually put on the screen behind him while mixing, but you never know. 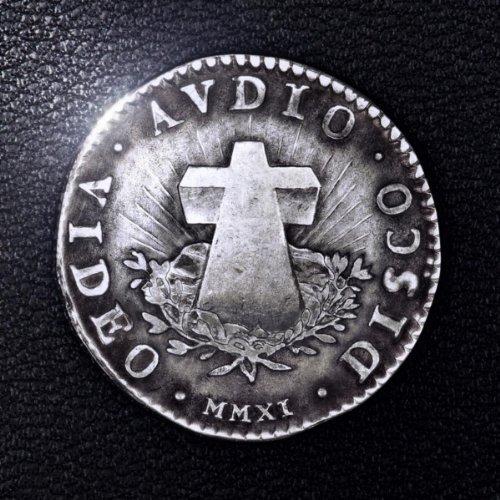 We’re going to warn you in advance, this is a very different Justice to what you’re used to. We’d have more info for you if they’d answered the phone earlier this week, but safe to say, Gaspard and Xavier are pushing hard to destroy that mythical line between DJ and rockstar. ‘Audio, Video, Disco’ goes for about five minutes (the album version is twice as long) and freewheels between ’70s dad rock, disco, what appears to be a homage to the theme from Mighty Ducks and typical Justice disorted bass banger. There’s live piano in there. There’s Phil Collins drum hits. It could be Yes. (It could also be no.)

What do you think of Justice’s new direction? Are they one step ahead of the zeitgeist again or have they gone too far and fallen off the cliff? Let us know in our comments section or on Twitter. The future of indie-electro may well depend on it.

via Some Kind Of Awesome