After the Hunter Valley stop of the Hot Dub Wine Machine tour was abruptly cancelled and evacuated when a massive storm cell cracked overhead, and wind and rain lashed punters and performers at the show, Hot Dub Time Machine has announced a couple of free shows to make up for lost party time.

The festival was suddenly shut down as mother nature turned wild, with many attendees likening the unfolding chaos to Fyre Festival, as people ran for cover when the heavens opened.

The two make-up shows will be at Sydney‘s Enmore Theare on Thursday, April 11, and Newcastle‘s Exhibition Centre on Friday, April 12, and are open to ticket holders for the festival stop at Roche Estate on March 23rd. 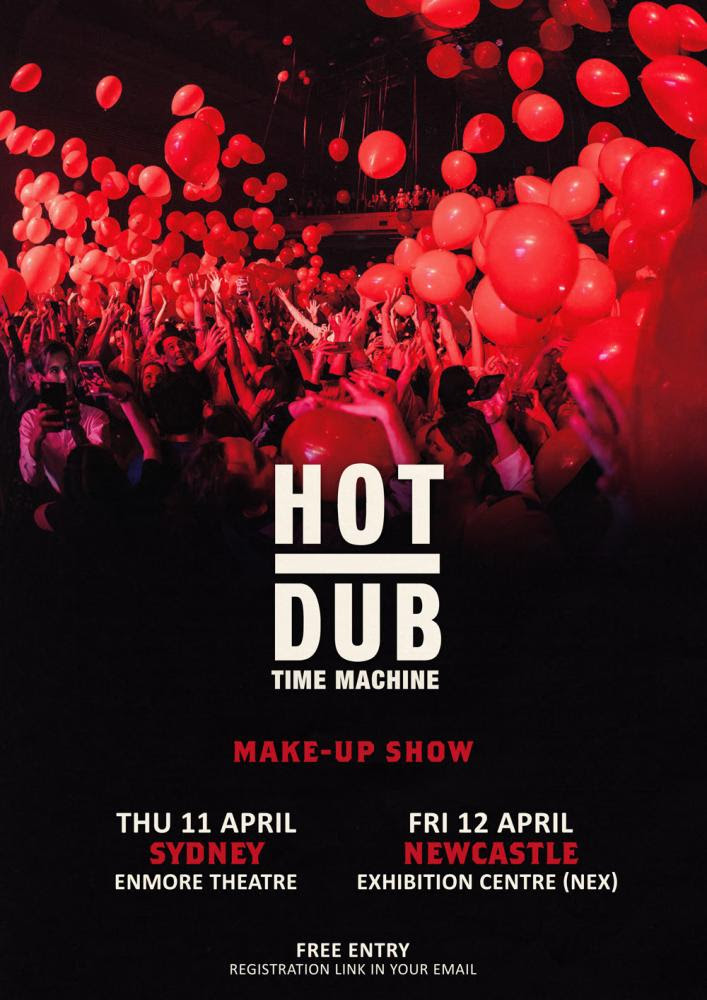 Those who had purchased tickets to the washed out festival will get an email with a registration link for both make-up events, and it’s first in best dressed for the show of their choosing.