THE RUMOURS ARE TRUE: Guns N’ Roses and LCD Soundsystem are both reuniting to headline Coachella 2016.

You can also consume the lineup in poster form: 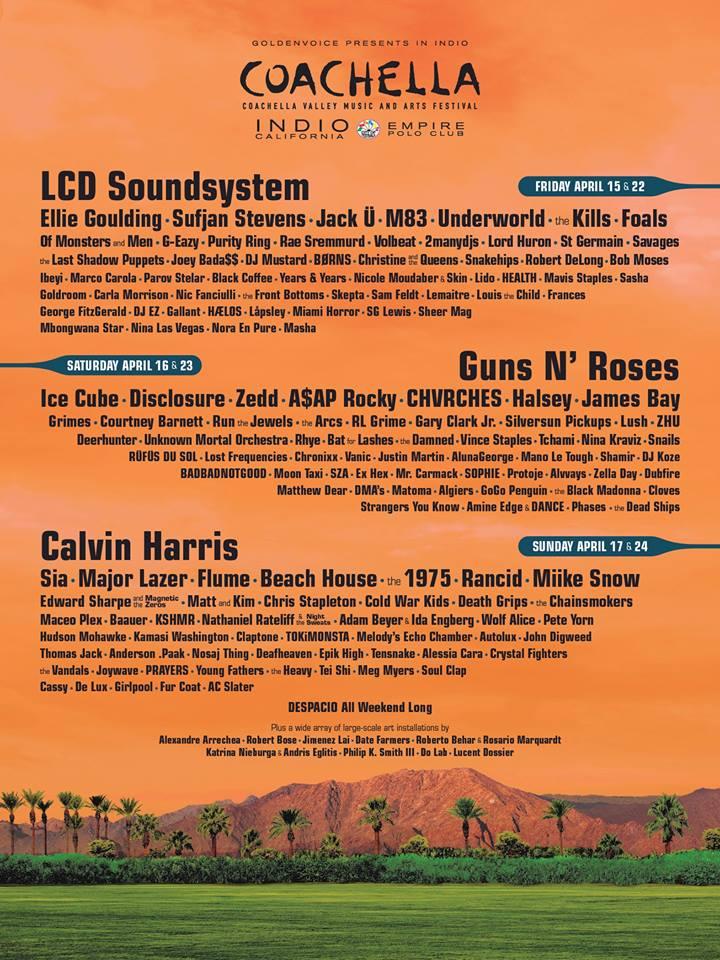 Rumours about Coachella have been running rampant for months now, but the one that the Guns N’ Roses originals, inc. Axl Rose and Slash (who haven’t shared the stage in two decades), would reunite for a Coachella gig has been the dominant of the lot. What sweet, sweet joy it is to have those rumours confirmed.

The festival is taking place over two weekends, April 15–17 and April 22–24, in Indio, California. Tickets go on sale Wednesday 11am PT (6am Thursday AEST) via Coachella.com. Prepare thyselves.