Flume Is Selling Feet Pics On IG For A $60 Donation To The RSPCA, If Eating Ass Wasn’t Enough

Well here we are, we’ve officially hit peak 2020 energy because Flume is selling feet pics for donations to the RSPCA.

Yeah you heard that correctly, chaotic-good Flume was answering questions from fans on his Instagram, when someone asked: “How much for feet pics?”. Flume then replied: “Donate $60 to RSPCA and I will send feet pics.” 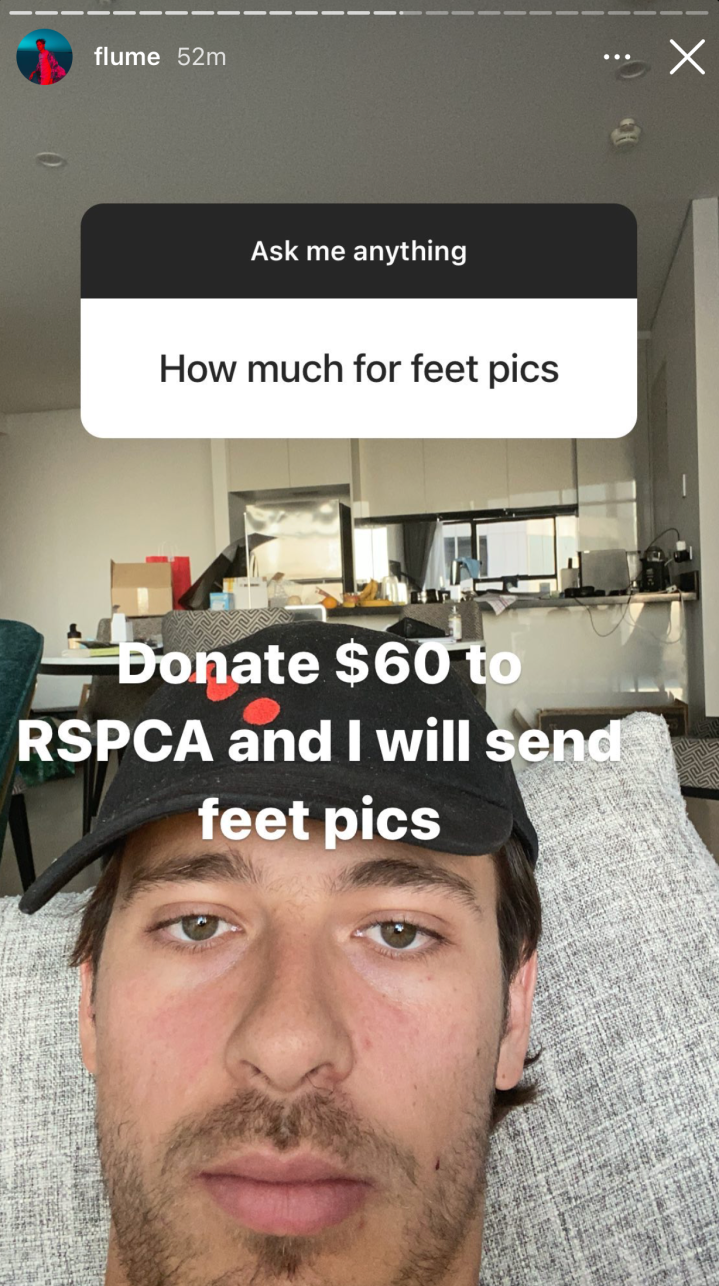 And here’s proof that our king follows through on his promises. 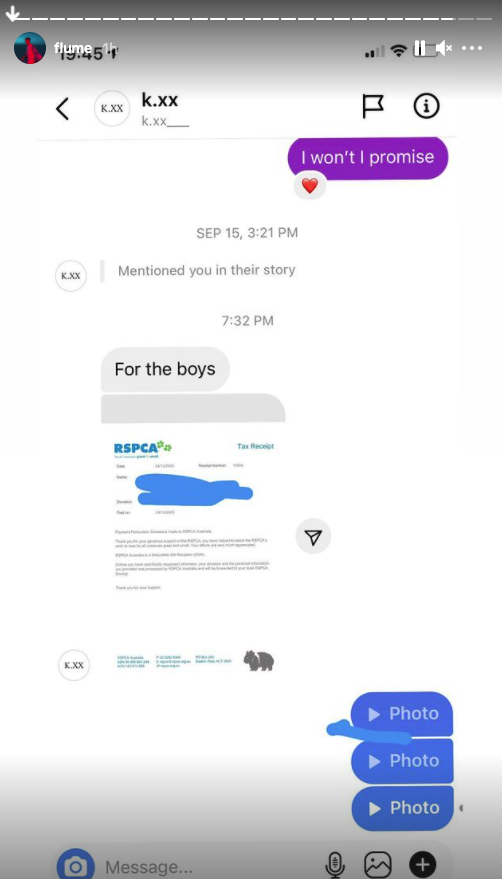 Flume, music producer and saviour of animals, then put the offer out to the rest of his followers. He ended up making some mad dosh for the little critters, and I’m gonna start calling him PETA because he is a true animal-king. 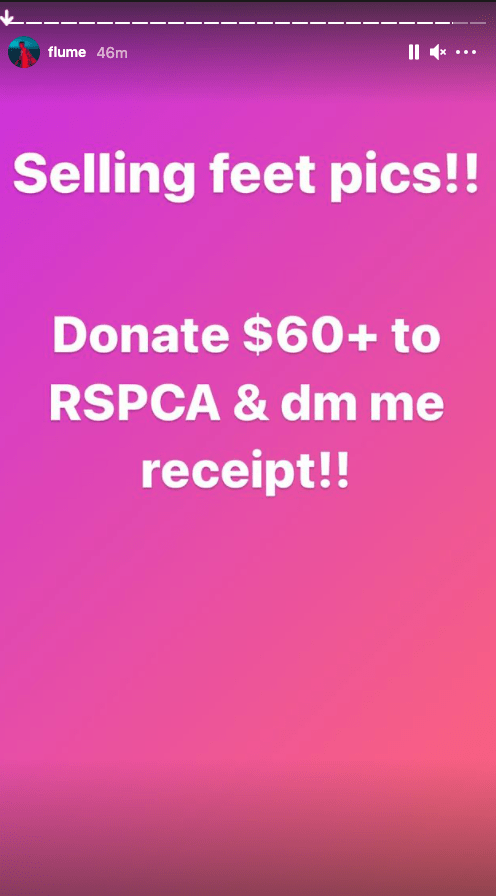 $500 dollarydoos I can’t believe it. This person must love their animals…or their feet. Either way, I tip my hat, sir. 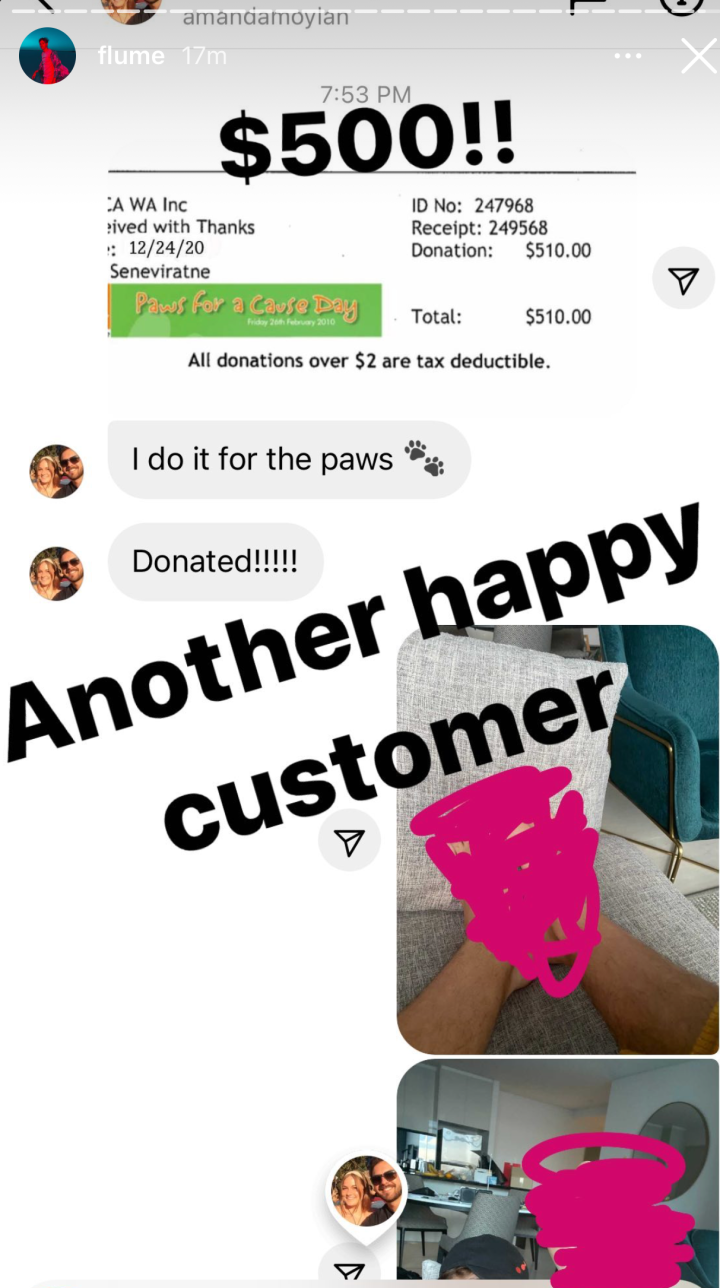 Flume isn’t one to shy away from a fetish. A year ago he ate ass at Burning Man, and it was truly a magnificent spectacle to watch. Ok, some people will say eating ass isn’t a fetish, but for the purpose of this article yes, yes it is.

Basically, a video surfaced online of Flume eating a mystery-girls ass. Well, the mystery was quickly solved and it was discovered that the girl was his GF and literal angel Paige Elkington. So yeah, pretty normal behaviour for two-consenting adults.

Earlier this year, Flume did a deep-dive into the incident on Elkington’s podcast (My Friend Podcast) and said that it caused a spike in google searches for his name.

He said he got “the opposite of being cancelled” and it “really did help with [his] career.”

If we’ve learnt anything from Flume, it’s that sex sells and is always good PR for straight-white men. Not sure if a woman eating a man’s ass would be seen as endearing TBH. Because let’s face it, it’s a hot-mess down there.