Until today, I would have told you that the greatest cultural artefact produced by the music world was this photo of Death Grips with Beyoncé and Robert Pattinson:

While it has a somewhat mundane explanation, it’s still an incredibly implausible, dissonant image. Zach Hill and Stefan Burnett are incredibly inaccessible figures, they’ve seemingly made a conscious effort to project an image of themselves as unapproachable and unrelatable — they do not want to be your friends. To see them alongside such bubblegum-y celebs is hilarious, especially in the case of Burnett, who had the good graces to not smile even a bit.

It’s hard to imagine how this image could ever be outdone in sheer talismanic power, but I reckon Hill hanging out in the background of a Katy Perry Instagram story waiting to vote in the midterms might well equal it, if not outdo it.

zoom in some. ok, now enhance. is that… oh my god. it's him pic.twitter.com/fezfEciVsi

From even a cursory glance, it’s definitely him: the unfathomably tight jeans, the casually muscular biceps, the slightly out of place running shoes, the resting disapproval face. Backing this up, we have Death Grips retweeting this from their official account: 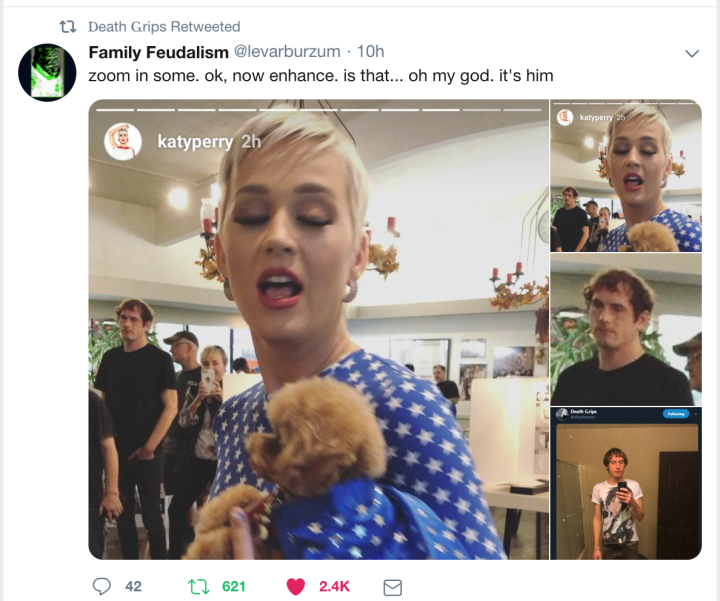 We also have Zach Hill’s partner posting it to her Instagram story, with a few stickers added for good measure: 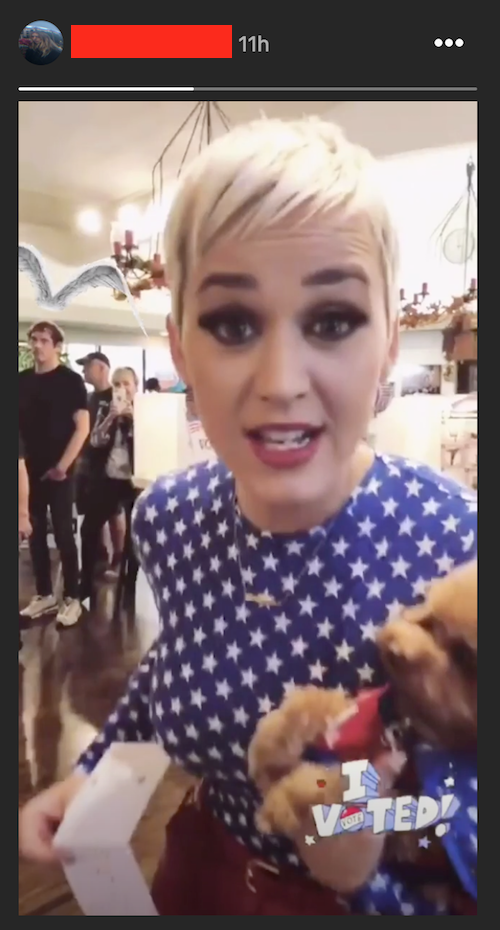 The weirdest thing about all this? Apparently, Kevin Smith was there as well:

We just voted as a family! On the way home, I asked Jen and @harleyquinnsmith “Did you guys see that lady casting her ballot dressed in the red, white and blue outfit? I mean, patriotic much?” @jenschwalbach said “That was @katyperry, bro.” Not sure if my wife’s correct though, as I saw no sign of a Left or Right Shark… #KevinSmith #harleyquinnsmith #jenschwalbach #vote #harleyquinn #america

Bonus content: There has never been a better time for you to watch this video of Zach Hill going absolutely fucking ham playing Side Yr On live with Wavves.