The rapper is currently in Australia for Groovin The Moo, and he seems to be makin’ friends left right and bloody centre.

Nic Kelly, co-founder of PROJECT U and ardent lover of the music industry, made the simple mistake of asking Brown to add a photography credit to an image that he reposted to his Instagram account. The photo was taken for Howls & Echoes, of which photographer Michelle G Hunder is a contributor.

Brown’s response to the request was that if the pair were ‘so butthurt’, then he would delete it. 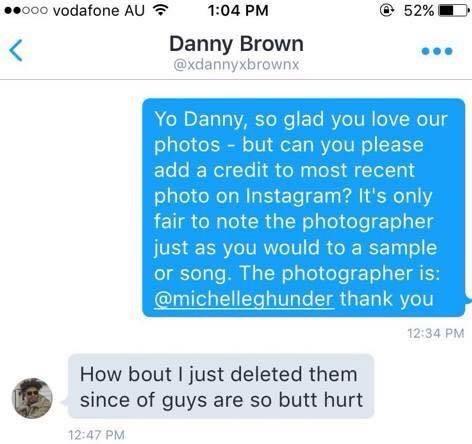 And geez, well… the shit hath hitteth the fan-eth from there.

After Nic & Michelle posted about Brown’s response to their social media, Brown started tweeting that ‘well, don’t take my photo then’, which is slightly ridiculous when photography clauses exist in his tour contract. Oh, and his management approved all the photographers at his set. 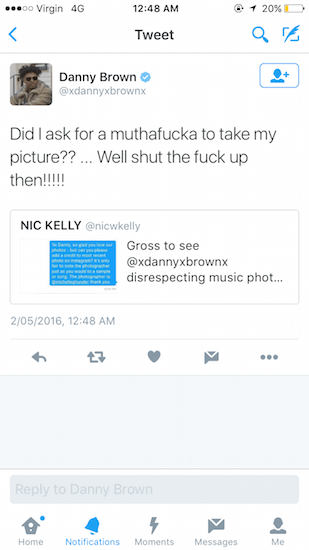 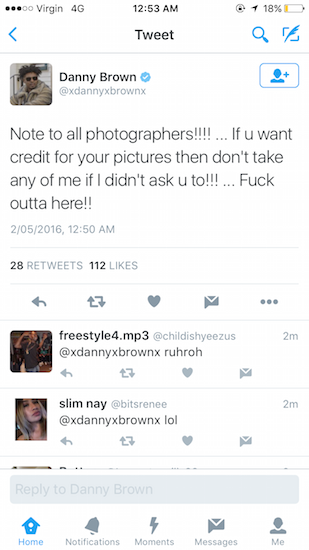 When Nic pointed this out, Brown them began legitimately requesting that Nic come to his hotel to fight him. Yes, seriously. Like a toddler. 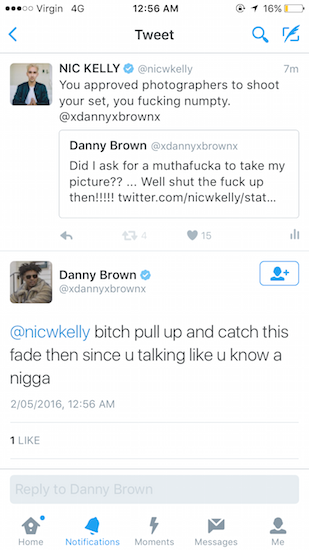 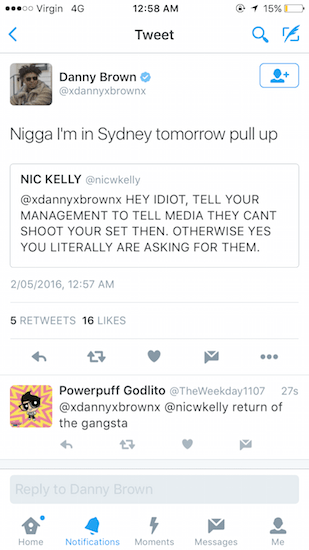 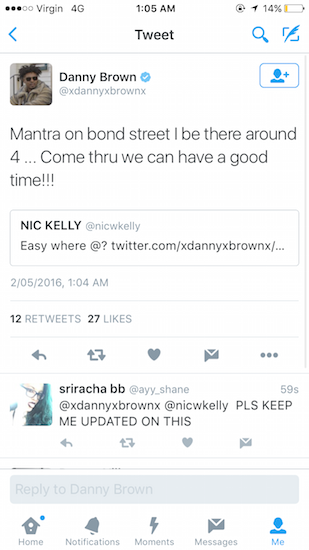 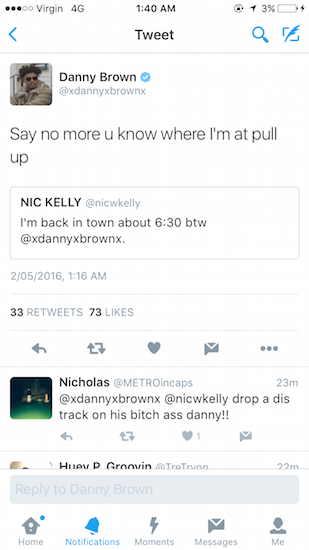 PEDESTRIAN.TV spoke to Nic about this totally bizarre situation and why it’s so important that photographers are properly credited for their work:

“A lot of PROJECT U’s photographers regularly aren’t credited, and once we ask the artist [to rectify it] it’s never usually an issue. But this… this is unbelievable, like it’s so simple to do.

Music photography is a competitive and political battleground. Crediting can be the difference between surviving in the industry and failing.

Creatives need to support other creatives. Danny wouldn’t have any problem crediting a musician for a sample – this is the same creative respect Michelle is asking for.”

Shortly after the last series of inane tweets, a friend of Nic’s told him that Brown had been told to leave Sydney‘s The Star casino around the same time that the tweet exchange was happening. When Nic posted about this, Brown confirmed it: 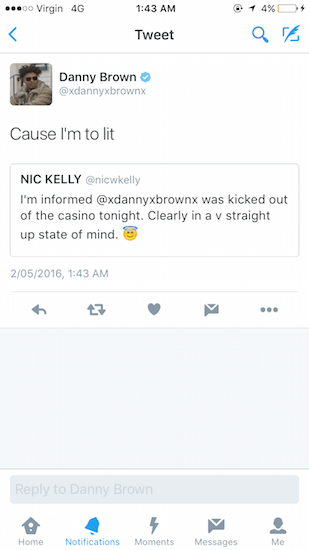 Here’s the takeaway from this story: it’s really not that difficult to give a photographer proper credit for their work. They deserve it, yo; it’s their career, livelihood, passion and their income.

Adding credit – takes 2 seconds. On the other hand, asking media to fight you and publicly giving out details of the hotel you’re staying at takes a lot of time, energy and it also makes your incredible lack of brain cells a public matter. C’mon Danny.