Running through tracks from her debut album ‘Invasion Of Privacy‘ (which hit #1 on the US Billboard charts when it dropped last week), Cardi B objectively proved what we’re all coming to realise: she’s incredibly talented.

(And if you haven’t realised this yet, you gotta watch back this set.)

We’re completely obsessed with everything that happened.

First, there’s the white jewel-encrusted outfits Cardi B and her crew of dancers wore. Combined with Cardi’s Left Eye-esque side pony tails, the garb’s undoubtably a nod to TLC.

Cardi B paying homage to TLC for Coachella pic.twitter.com/L4cITxVfEV

Speaking of her dancers, they went very hard, climbing the metal scaffolding at the back of the stage, dancing upside down. 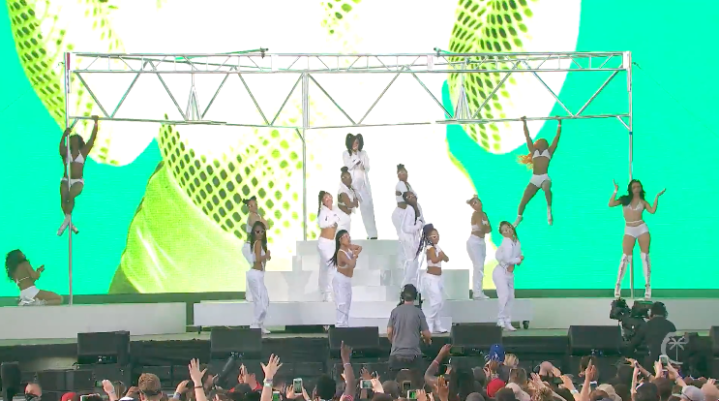 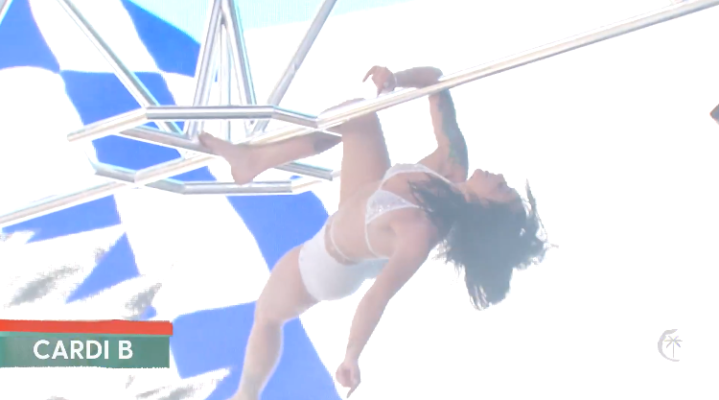 Apologies – I was so distracted by the pure theatrics I forgot to mention her guests.

Almost all of her album’s feature artists came out to do their verses, including YG (for “She Bad”), Kelhani (for “Ring”), 21 Savage (for “Bartier Cardi”) and Chance The Rapper (for “Best Life”). G-Easy also came out for a rendition of his Cardi-featuring track “No Limit“. 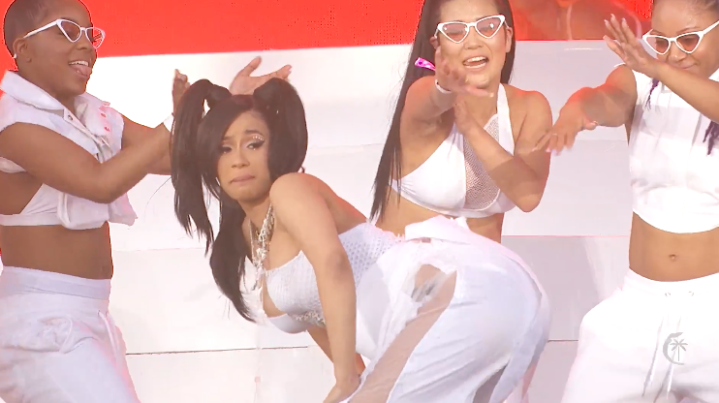 Post-twerking, Cardi announced “that’s how I got pregnant y’all“. Half-way through the set, she also joked about being pregnant, saying “I’m running out of breath, you know my pregnant ass.” That did not stop her in the slightest.

We shouldn’t be surprised that Cardi brings it. It was her slapping SNL performance two weeks ago where we learnt she was expecting a baby with rapper Offset, after hiding it presumably for months.

Some other rapper is set to headline the final night of the festival’s first weekend. His name is M&M or something. Whatever, it’s Cardi’s world now.