Orlando Bloom and his giant schlong are in for a rude shock, ‘cos this random guy from America‘s south is actually Katy Perry‘s betrothed – not he. 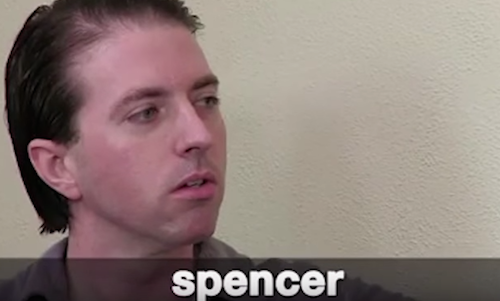 The shocking revelation came during a promo for MTV’s crusher-of-dreams reality show, ‘Catfish’, when Nev Schulman and his filmmaking pal Max Joseph met up with her boyfriend of 6 long years.

“I have been talking to this woman for the last 6 years. I’m in love with her. She’s awesome. It’s Katy Perry… the singer.”

He and “Katy” have been texting and emailing constantly over the years but – not at all suspiciously – never Skype and have only ever talked on the phone once.

Not only that, but he’s made her an engagement ring using a family heirloom (his brother Sam, also in the room, seems none too impressed he wasn’t informed of that little fact).

“It’s our great-grandmother’s emerald,” he announces. “I took a diamond ring-like band to it and made a ring. It’s an engagement ring.”

Check out the craziness in full:

You’ve got to feel for the guy, because he’s literally the only person in the room – nay, the world – who doesn’t seem to realise he’s being brutally catfished. Brutally.

Remember fam: if something seems too good to be true, it’s definitely a hoax.