If you’re of the trap / bass / tech / house persuasion, then gird ya bucket hats – HARD Australia is gearing up to blow shit the fuck up in December across Sydney, Brisbane, Perth and Adelaide.

Canadian duo Zeds Dead will be headlining the turnt affair as a part of their world tour for debut album Northern Lights (dropping soon, btw). This means y’all will be treated to new bonafide bangers, including collabs with heavyweights Diplo, Pusha T, NGHTMRE, Elliphant and Twin Shadow.

Zeds Dead ain’t the only ones bringing new heat. GTA, as luck would fucking have it, will be showcasing their new album (being released early October) which features the likes of Vince Staples, Tinashe, What So Not and more.

Joining them across Australia will be Destructo, Ghastly, Rezz and Chris Lorenzo + others to be announced down the line.

Cop a load of the full line up and dates below: 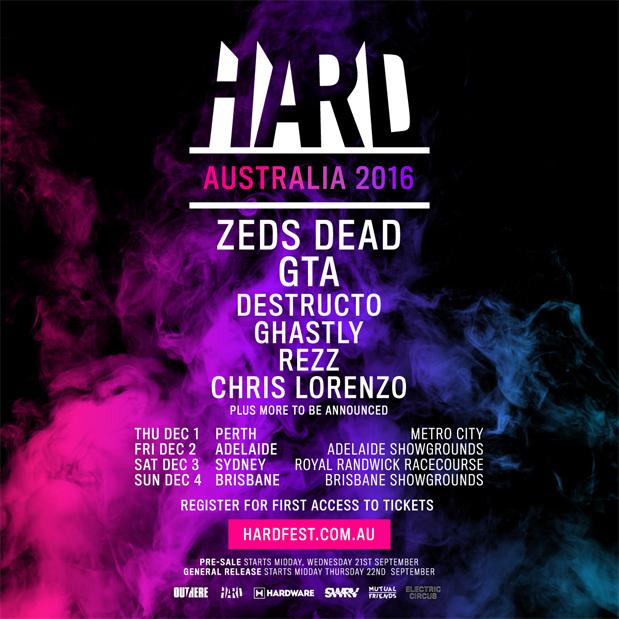