An Interview With James McInnes for James Week

Welcome to James Week, Pedestrian’s celebration of the best, brightest and most chilled out James’ from across Australia. Why James and not Karl or Barry? Well our good friends at Jameson are looking for Australia’s most easy-going James. If you think that’s you – or if you know one – you should head over to the James Week page and get involved. The James they crown as Australia’s most easy-going will be flown to the Jameson distillery in Ireland and crowned as the Australian Jameson rep.

James McInnes is one of the talented minds at work behind Australian record label/promoter/design collective Future Classic. From introducing us to the likes of New Navy, Mitzi and Luke Million to giving us a place to sweat and dance the night away at their regular Adult Disco parties they’re a perfect microcosm of what a creative company looks like (or should look like) in Australia today. We spoke to James as part of our 3rd James Week installment. Jameson’s looking for Australia’s most easy going James (perhaps it’s you or someone you know?). James gives us an insight into the easy-going nature of label life “weird calls to Germans” and “burning through bandwidth” to his dreams of hosting Fashion TV in Ibiza circa 1997.

The Adult Disco parties have set the standard pretty high for how nightlife could be run in this country. What’s your ethos and how would you like to see it extended across Australia if you could?I guess our ethos is high quality fun. High quality sound, artists and music. Fun posters, people and decorations. Also fun artists and fun music. Haha who knows.

Future Classic has a very curatorial aspect to it as a label – almost like you choose to sign friends and people that you vibe to when you see them live. Is it important to have that kind of easygoing feeling when running a music label these days? Label life is mostly wearing shorts, DJing in the sun, listening to RA podcasts, partying til 9am, weird calls to Germans and burning through bandwidth so it’s pretty easygoing. Maybe that’s why a lot of the music we sign and work with sounds like summer?

What’s coming up for the touring arm of Future Classic that we should be excited about?A fair bit – The Whitest Boy Alive, The Magician, Aeroplane, Prins Thomas and DJ Koze and a couple more which are still under wraps. We also just waved goodbye to Sebastien Tellier, Little Dragon and Tensnake. Yukimi from Little Dragon is so pretty, I sat on a plane next to her from Melbourne to Perth for 4 hours and blushed for the majority of it.

There seems to be a huge number of projects that you guys have going on at any one time. How do you manage it all?There is and I have no idea! The boss men Chad and Nathan are pretty good at keeping everyone in line (aka me and Fiona) so it all kind of just works out. Also if you’re a small business I couldn’t vouch for Google Apps enough, do some hunting on it, sharing calendars, documents, email addresses powered by gmail that helps too.

If you could hark back to any era of clubbing in the world, what/where would it be and why?I think Ibiza in the 90’s as a balearic DJ, getting pretty sunburnt, playing lots of slower disco, deep house and R&B, maybe sometimes guest hosting Fashion TV. Runner ups include London in like 2005 was it? When dub step was taking, being in New York any time pre-Giuliani sounds pretty alright.

There seems to be a resurgence in vinyl happening in the last 5 years, which obviously feeds in to what your label does. Do you think that’s because real music lovers want to take more time to appreciate their tunes as compared to just downloading everything and forgetting about it?You know I’ve never been so sure that vinyl is coming back, we just lost Spank Records here in Sydney (RIP), Technics don’t make 1200’s anymore, instead of making 3500 records you make 300, clubs don’t have turntables and pushing vinyl around the world is expensive. We make it because you cherish the artists and the music more – whether that’s the sound, the packaging, exclusive tracks, the collectibility etc. I think it also goes to show that you (the label) actually believes in the music and artist and it’s not just another MP3 floating in a sea of billions.

We’ve noticed you guys also have your fingers in the design pie. What’s next for Future Classic, a clothing label? A line of sunglasses? Your own nightclub? We actually have an exhibition coming up with a very killer photographer called Daniel Shipp. He’s secretly been taking photos of all the artists we’ve worked with over the past year and we have an opening at Somedays Gallery end of November (with chaps like Toro Y Moi, Little Dragon, Sebastien Tellier etc), then t-shirts, bags and 7 inches with Le Coq Sportif, our Sunhaze comedown session at the Alexandria, loads of bands, more Adult Discos, even more records, our radio show every Saturday on FBi Radio and loads and loads of DJing. You wouldn’t be an easygoing guy if you ran a nightclub so maybe not just yet. Sunglass though…

Stay tuned for more James week and if you know an easygoing James or you are one don’t forget to head to the James Week page now. 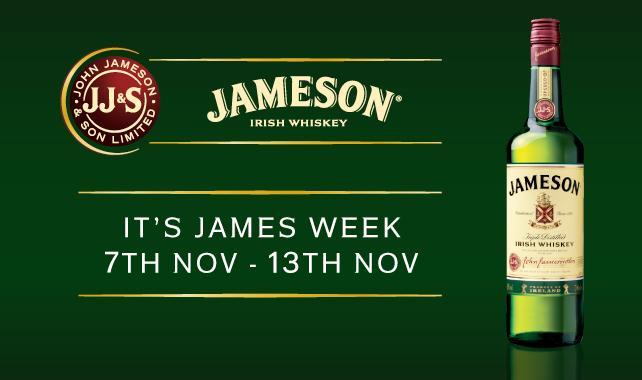