Despite growing up in the 21st century, the old “marry rich” advice was still shoved down my throat as a young gal. (My nanna still reckons I should lock down some boring, rich dude.) But as an independent lady, I hate the idea of becoming even slightly reliant on someone else’s money. In fact, I recoil from anything close to it – including the money convo with a partner.

It feels like a big step towards a long commitment. You’ve gotta suss out dosh to move in together or build a lasting future. So, usually if you’re talking money, you’re getting pretty serious. Eek.

These days though, the money chat looks different – and it varies from couple to couple. Just because you’re having a serious money conversation, it doesn’t mean you’re joining finances, becoming dependent on each other or committing for life. It might just be as simple as being honest about your current lifestyle and swapping ritzy dinners out for the pub on the corner.

Plucking up the courage

Whether you put a lot of weight onto it or not, the first time you delve into the money conversation with a new squeeze, it’s awkward as hell. If you’re not fantastic with finances, the thought of airing all your dirty money laundry with a partner is scary. We polled ours’ and Money by Afterpay‘s audience to find out when most people get down to it.

Of those polled, 66% have had that first ~serious~ money chat with their partner. And of those people:

We also asked you what the most awkward money convo was about and by far, it was debt. Whether it was owning up to debt, or deciding whether to inherit each other’s, that was the toughest to talk about.

Why you should cringe through it

Nothing good ever came easy, am I right? Ha but seriously, if you are coupled-up and putting the convo off, it’s worth getting around to it.

Money can be a big old pressure-point. Research undertaken in 2020 by Relationships Australia found that a third of Aussies surveyed felt money worries had added additional pressures on their relationships. Research on love and money done in 2021 also found that 31% of Aussie singles say money was part or all of the cause of their recent breakup. Geez Louise. On a more positive note, it also found that 62% of Australians in a couple say talking about money with their partner makes them feel better about their finances. Sounds pretty good, hey? 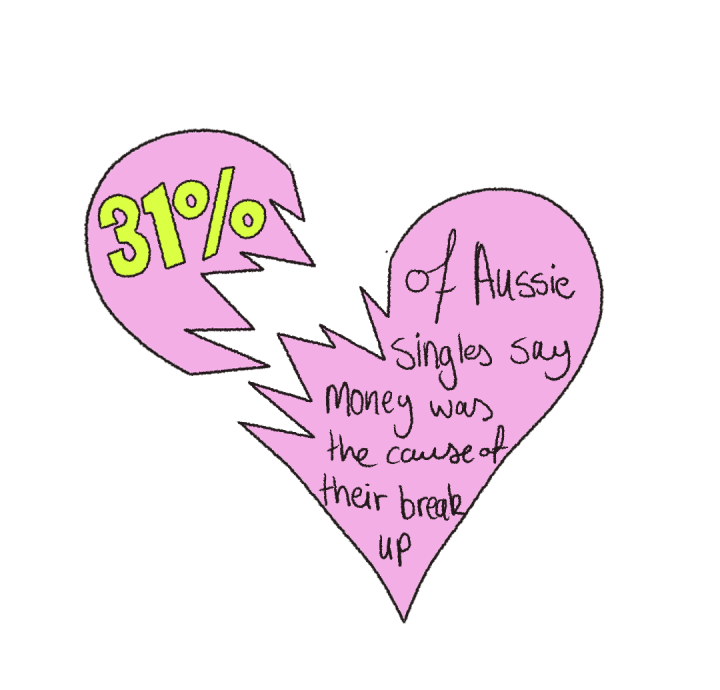 Having a chat about finance doesn’t have to be about getting the goss or admitting what you’re doing ‘wrong’. Instead, it can be about getting an understanding of how you both relate to money. We all have a money story that drives how we feel about, earn and spend dosh. Try to learn about your own money story by keeping an eye on patterns in your income and expenses with an app like Money by Afterpay. Once we have a handle on ours’ and our partner’s money habits, we can yeet the guilt and ride off into the sunset to plan our financial futures together. 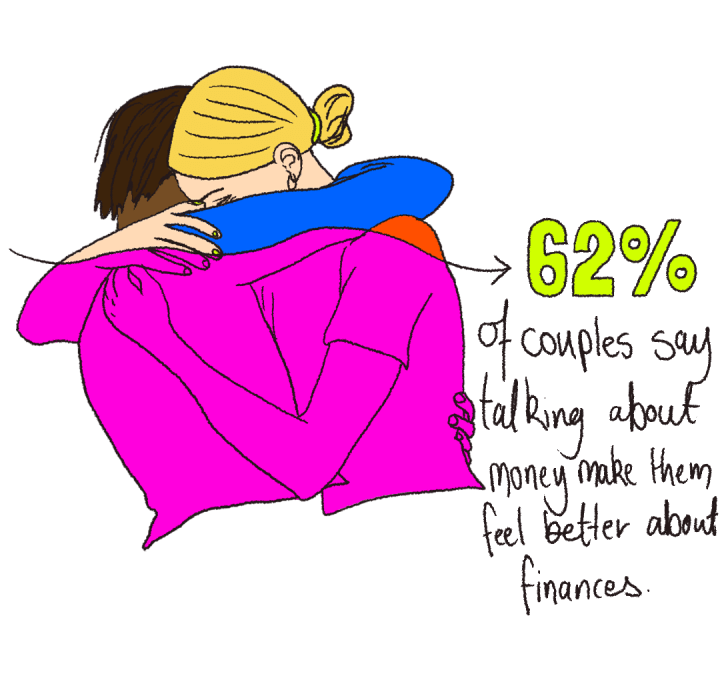 Tips to make it less painful

But now, the real reason we’re gathered here today; how the hell do we make the money convo less awkward? Bless these brave souls below, because they’ve been there, done it, and shared some sage words of advice for the rest of us scaredy-cats.

“Talking to my partner about our finances for the first time was very easy because I’ve never been afraid to talk about my spending habits. My advice is to sprinkle in small doses of everyday money chat, from dropping how much you spent on a new bag to complaining about your grocery bill. Slowly work your way up to bigger things, like how much your electricity bill cost last quarter and how much rent you’re paying. Eventually, you’ll start to normalise financial intimacy, and hopefully, they will too.” – Bella, 25 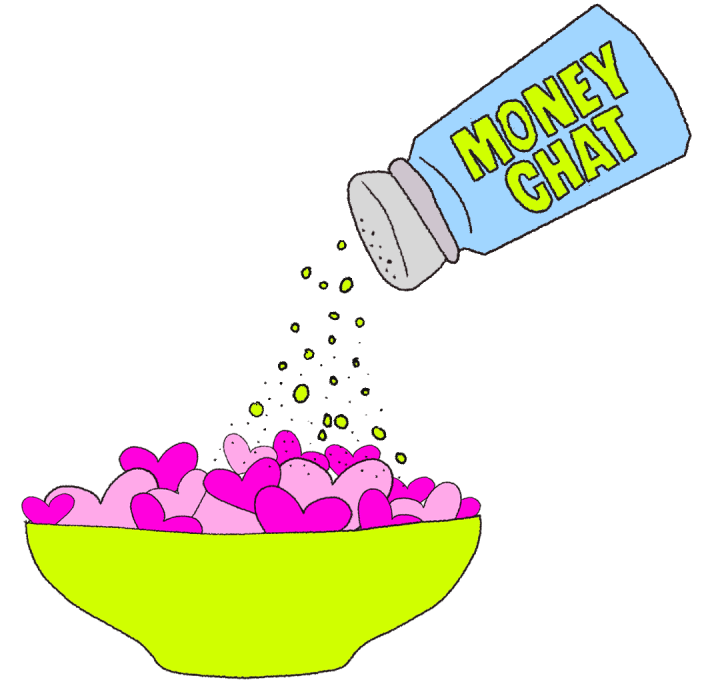 “No judgement, complete honesty – and a few drinks,” – Anonymous

“To be honest we didn’t really need to have that conversation. From very early on in our relationship we took turns paying for meals etc. When we moved in together it was just natural for this to continue into our expenses. In terms of saving for our future, we both have seperate investments and bank accounts but often discuss our own personal saving goals that go towards a big holiday or furniture or even a huge weekend on the piss lol.” – Laura, 26

“Fully honest, no judgement talks. You need to financially align or it won’t work,” – Anonymous

“Treated it like a bandaid, just laid it all out,” – Anonymous

Go on and get it over with!