We keep debt close to the chest, don’t we? Of all the money chat we avoid, debt is right up there with borrowing cash from the bank of mum and dad.

Shame still keeps my mouth firmly shut on the subject. I don’t want anyone to think I’m “bad with money” which is silly because debt is so unavoidable for so many of us. Turns out, I’m not the only one who feels that way. Research has shown that Aussies feel anxious (47%) and embarrassed (38%) about their debt. In fact, a quarter of the population and half of millennials are ignoring their debt because they don’t want to talk about it. Yikes. 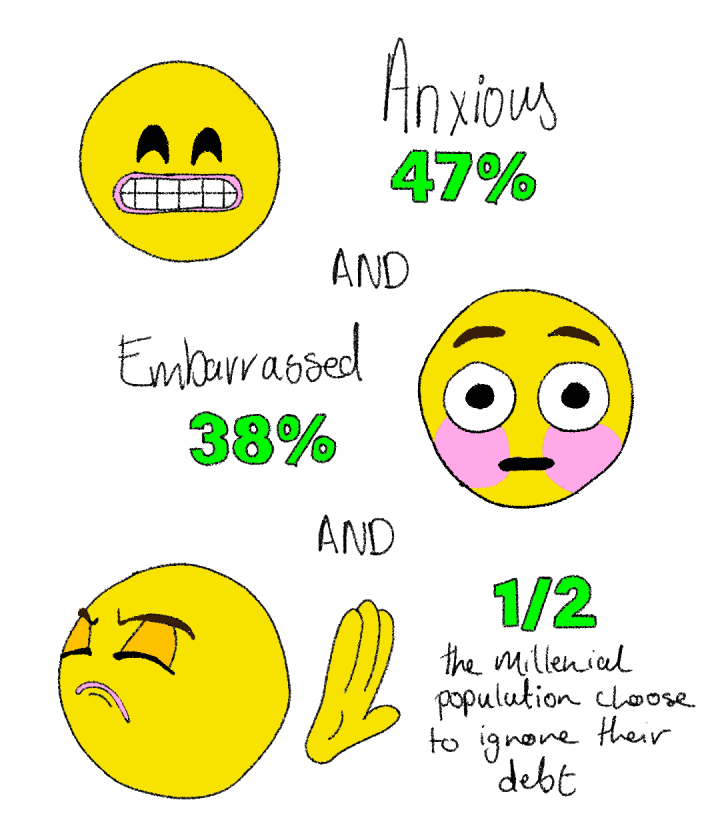 So, let’s rip this silly bandaid off and get into the weeds. Maybe you’ll have more debt than your mates, maybe we have less — at least it’ll be the enemy you know.

If we look at the population as a whole, OECD figures show the ratio of Aussie household debt to net disposable income stands at over 200% — so people tend to owe double what they earn per year. Checks the hell out. 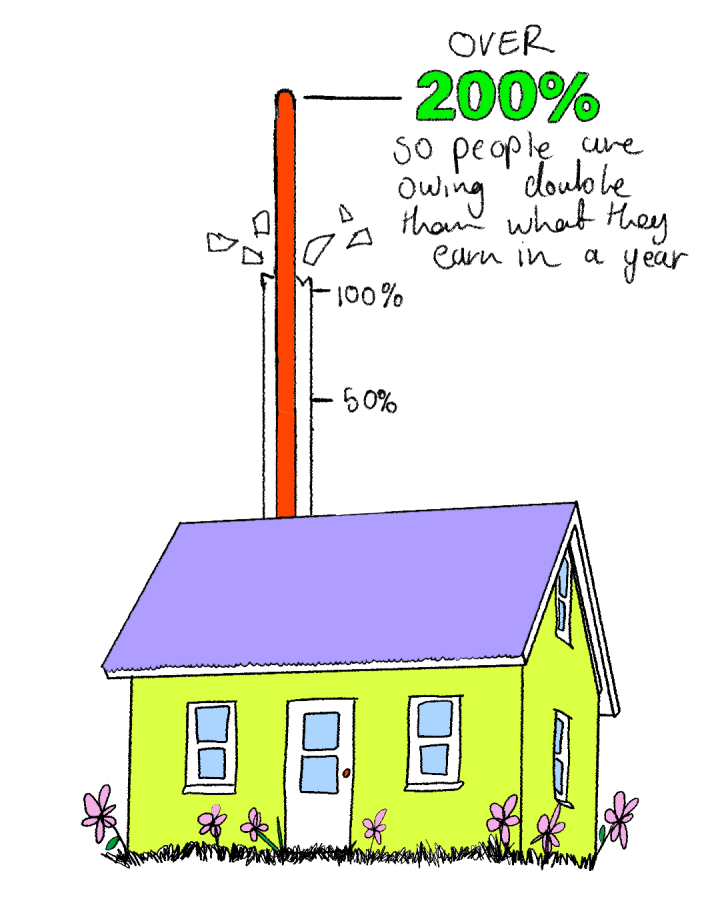 Given the housing market is whack, we know a lot of that would be because of home loans. But a lot of young folks aren’t in that position, so we also polled our audience to get a grasp on the debt among the youths.

According to our audience, personal and home loans were the most common contributor (37%) to their pile of debt. The next biggest culprits were student loans (29%) and credit card debts (20%). And, 14% had all of the above.

Righto, time to get really up close and personal…

Maggie, 23 – $37,500: “I feel ok about my debt. Seeing the full figure in front of me is daunting, to put it lightly. But I know there’s not a massive rush to pay it off (it’s manually deducted from my pay) – though the recent interest increase annoyed me! I think this amount is pretty standard for a uni student, especially as someone who has completed two degrees.”

Maria, 26 – $29,000: “I’m proud that I’ve avoided credit cards so far in my life, and have saved for big things (like my car) instead of getting a personal loan for them. I know student debt is one of the ‘good’ debts to have, so I don’t feel too stressed by it. I’ve paid a measly $20 a month for the last five years which barely makes a dent in it but that, along with the chunk that comes out of my pay, feels productive.”

Matthew, 26 – $21,000: “Until recently I didn’t have a job that made any real sort of impact on paying it off so I tried not to think about it. Now I’m a little worried it’s going to stick around longer and interfere with my applications for ‘serious adult loans’ in the next five to 10 years.”

Charlie, 24 – $17,000: “I grew up with money always being quite tight but my parents raised me to have a pretty strong aversion to ever getting into debt in the first place — such as telling me to never get a credit card if I can help it, and to always buy non-essential things outright or not at all. I definitely always ensure to live within my means but am also very conscious that I have been privileged to never be in a situation where I have had no choice to get into debt.”

Zara, 27 – $62,782.94 and counting: “I feel good about my level of debt because I know that I am working towards a goal, enhancing my education and becoming a more valuable employee. It’s a big investment, but it doesn’t worry me. I feel lucky to be able to study and I know that I will pay this over overtime.”

“As someone who used to have a decent chunk of credit card debt (which I’ve since paid off), I’ve definitely learnt a thing or two about how to live within my means and make a realistic budget that I can actually stick to. I was so stressed when I had that debt hanging over me, it just wasn’t worth it, but it was a great (albeit tricky) lesson to learn at a young age.”

Penny, 27 – $10,000: “Budgeting is more important than you think and having emergency savings is SO important, especially the older you get and the more ~life~ responsibilities you have.”

We hope that helped ease some of the stress! Sometimes it helps to know where you stand among your mates — even if it’s a little wake-up call.

While there’s no quick-fix for a hefty heap of debt, it’s good to stay on top of things. Try to keep track of your finances and nip bad habits in the bud early to keep chugging along in the right direction.

In the meantime, fingers crossed we all stumble into some ‘uge sum of money. We can dream!

Please note that this information is general in nature and shouldn’t be construed as financial advice.