Controversies in the art world are like cheating scandals in soap operas – they’re ubiquitous. They’re the way the art world says to the rest of the world: see, we’re not all fuddy-duddy galleries where you’re kept a metre away from the work, we have DRAMA too.

No, but really, controversies are a sign that the art world is in conversation with itself, always creating challenging new work and pushing boundaries, and thus staying relevant and in touch with the wider community. Art has always both reflected and provoked society, and that lust for controversy has only become more pronounced over the last 50 years, or even the last 20, with the proliferation of online spaces meaning everyone has an opinion on every major public work or new exhibition in a large gallery – even if they’ve never actually seen it.

So we thought it would be prudent to talk ya through eight of the world’s most controversial artists from the last 50 years: a kind of art controversy crib notes.

We need to talk about British artist Damien Hirst, because the guy made ‘animal’ installations which are as gross and controversial as they sound. His most well known? A Thousand Years, a giant case containing maggots and flies feeding on a rotting cow’s head. He staged that one in 1990, and then another eight times up until 2013, not just in London, but in Naples, Kiev and Doha.

He also made The Physical Impossibility of Death in the Mind of Someone Living in ’92, which has a cool Australian link – he bought a 14-foot tiger shark from an Aussie fisherman for £6,000, which he then preserved in formaldehyde in a steel and glass tank. He was paid £50K for that. Then, when the work was sold, the shark, which had deteriorated over the time, was replaced in 2006 with another tiger shark caught off the coast of Queensland. 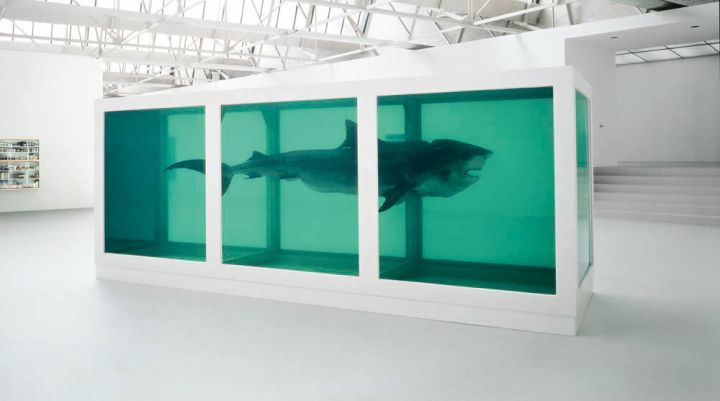 Chinese photographer and poet Ren Hang  – who took his own life last year, aged only 29 – was arrested several times in China, and had his photos defaced at exhibitions or confiscated by authorities. Even his online presence was pulled offline. On top of the fact that some have criticised his work, mostly of naked men and women – his friends and later his fans – as “softcore pornography“, outdoor nudity and pornographic images have been banned in China since the ’40s.

Hang’s photographs were exhibited, and hang in permanent collections, around the world, including at Sydney‘s White Rabbit Gallery. While his works were never overtly political – or so Hang said – critics often describe his work as “socially charged” because of the context in which they were made: representations of young people’s sexuality in the face of widespread censorship and conservatism. A quote from Hang: “I want to say that our cocks and pussies are not embarrassing at all.” 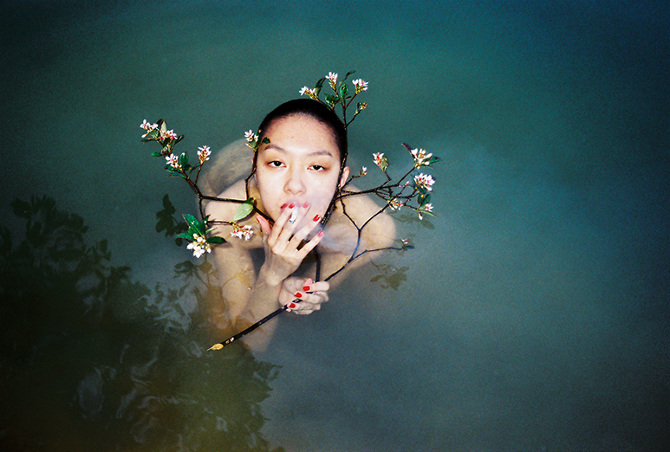 Skywhale, oh Skywhale, wherefore art thou Skywhale (in a box in a storage facility in the Yarra Valley). Our giant-titted balloon queen certainly caused an uproar when it was revealed in 2013 to celebrate the centenary of our beloved capital.

The work, by internationally acclaimed sculptor Patricia Piccinini, was lampooned by some in Canberra, including the leader of the ACT‘s opposition, Jeremy Hanson: “I really don’t know whether to laugh or cry… It’s an embarrassing indulgence…” Even the Chief Minister, Katy Gallagher said her eyes “nearly fell out of her head” when she first saw the design – although she went on to say she saw the work as challenging people’s beliefs about Canberra being “boring“.

Beyond criticism of the work itself, its cost to Canberrans was a further source of grumbling from people like Hanson, jumping from $170K to over $300K – even while the balloon remained the property of Global Ballooning.

You’re gonna wanna strap yourselves in for this one folks, because it is supremely cooked.

Marcus Harvey, another Brit, made Myra in 1995 when he was in his 30s. At a glance, as an Aussie, it looks like a weird blurry mug shot. Well, you may not be across famous British murderers, but because of Mindhunter et al, you’re probably fascinated by them, and I guess Harvey was too, because the Myra in question is Myra Hindley: a woman who, along with her partner Ian Brady, was convicted of sexually assaulting and then killing five children aged between 10 and 17 over two years in the ’60s.

Now taking on people like this as artistic subjects is not uncommon – Hindley’s sister/witness against her, Maureen, is half of the couple on the cover of Sonic Youth‘s Goo – but what is controversial is Harvey’s method: using casts of an infant’s hand to make a mosaic of black, grey and white handprints.

Unsurprisingly, when it was due to be exhibited in 1997 in London, people were pissed off – the show’s first day was picketed; cops tried to ascertain if they could prosecute Harvey under the Obscene Publications Act; the venue’s windows were smashed; the painting was vandalised; and even Hindley herself asked for it to be removed because of the pain and trauma it would cause the families of her victims. 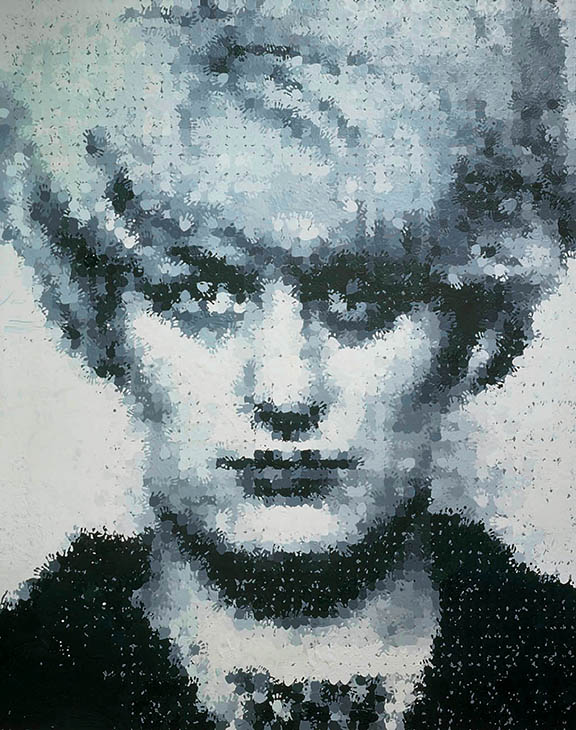 The former was a blue tent appliquéd with the names of 102 people she had slept with – meaning people she had fallen asleep with, not just those she’d boned, including her grandma and two numbered, aborted foetuses. The work was bought by art collector Charles Saatchi but destroyed in an east London warehouse fire in 2004 – to which the British press reacted with glee.

The latter was straight up her unmade bed – including stained sheets – and some of the stuff in her bedroom, like condoms, empty cigarette packets and period-stained underwear, and reflected a depressive period in Emin’s life where she didn’t get out of bed for several days (TOO REAL). Of course some critics decried “That’s not art“, but they’re wrong ¯\_(ツ)_/¯ . 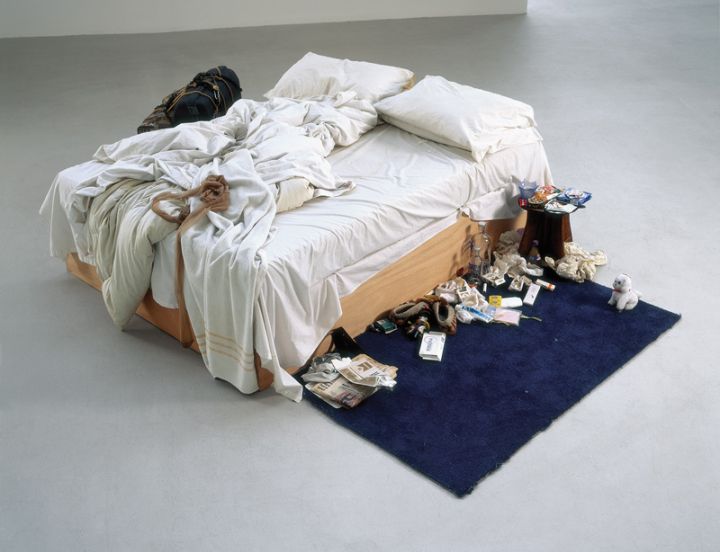 Bill Henson produced a shitstorm across the Australian art world in May 2008 on what would’ve been the opening night of his new exhibition at Roslyn Oxley9 Gallery in Sydney. The exhibition was cancelled after eight complaints were made to the cops – complaints spurred on by an email invitation to the gallery’s private view.

The email, and the exhibition, included photographs of a nude 13-year-old girl, Hetty Johnson, inspiring the ire of such cultural warriors as everyone’s favourite columnist Miranda Devine. A load of the images were actually seized by the police in late May, with the intention of charging Henson and/or the Gallery with “publishing an indecent article“.

So all of this led to a public debate about censorship in Australia – with people like then-PM K Rudd chiming in to denounce them. The scandal became such a cultural moment that David Marr, who is, no joke, our favourite columnist, wrote the book on it, The Henson Case: read it.

Ultimately, no charges were laid, with the Australian Classification Board dubbing the photographs “mild and justified“, and giving ’em a PG rating. 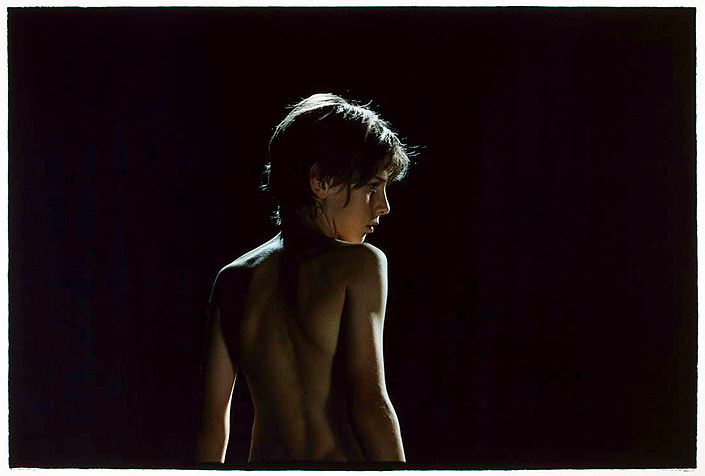 American feminist artist Judy Chicago made The Dinner Party in 1979 and it was literally all vaginas. Or to be more correct: vulvas.

The table on which the vulvas sit is 14.63m long on each side, making space for 39 elaborate place settings for 39 mythical and historical famous women including writer Virginia Woolf and fellow artist Georgia O’Keeffe (of vagina flower fame). Each place setting includes a hand-painted china plate, ceramic flatware, chalice and a gold-embroidered napkin. Most importantly: the plates are each brightly coloured vulvas. And the table stands on The Heritage Floor, a floor of 2000 tiles, each inscribed with the name of one of 999 women who have influenced the course of history.

The work – slammed by some as kitsch, disrespectful to those respresented, and preachy – now lives in the Elizabeth A Sackler Centre for Feminist Art at the Brooklyn Museum in New York. 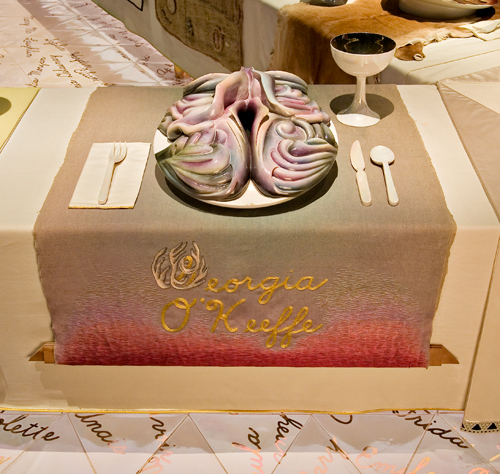 Where to begin? Serbian performance artist Abramović’s most recent controversy relates to the release of her memoir last year. Passages from Walk Through Walls in which she said a number of heaps racist things about Australian Indigenous peoples were leaked in 2016, leading to a massive backlash, and an apology from the artist.

Abramović’s work has been subversive since the ’70s: in 1974, she lit a five-pointed star on fire, then jumped through the flames, only to lose consciousness; that same year, she set 72 objects – some for pleasure, some for pain, like wine, nails and a pistol with a single bullet – on a table and advised the audience they could do whatever they wanted with her for six hours. But a preoccupation with the limits of the body evolved into one with the limits of art, of the audience, of the mind, and into an entire Abramović Method, practiced by Lady Gaga, that includes breathing exercises and walking really slowly.

We can’t blame you if you’ve ended up in a Wikipedia K-hole because of this. We did just trying to put it together. Godspeed to you all.