PEDESTRIAN.TV has partnered with Disney to find the perfect gift for the Wookiee-lover in your life.

In a week not far, far away, it’ll be Christmas, as you’re well aware. And I’m going to go out on a limb and guess you’re currently freaking out about what gifts to give, but have no fear: imagine I am the Force, guiding you through the silly season.

And with the long-anticipated series The Book of Boba Fett dropping on Disney+ on December 29, why not get into the Star Wars spirit a little early? We’ve searched the galaxies to find the finest Star Wars gifts, from jewellery to ornate replicas and out of this world petware. We can all agree that The Mandalorian‘s Grogu deserves a treat.

Exuding Taurean energy, Grogu famously spent most of S2 trying to eat things he shouldn’t eat, but now, you can feed him to your heart’s content. Give him a cookie or a spoon, and he’ll let you know whether it’s yummo or gross — and might even use the Force, too.

Add a galactical shine to a loved one’s Pandora bracelet with a set of charms. Whether they’re all about Grogu, obsessed with R2-D2 or want to signpost their power with a Darth Vader charm, these limited edition items add a pop of pop culture to Pandora bracelets. For those who love to track their fitness progress and have been known to swing a lightsaber, this Smart Watch is perfect.

Filled with on-screen animated workouts, coaches, badges and plenty of monitors (heart rate, respiration, hydration), it’ll add a whole other element to workouts. The only question is: will they embrace the light side of Rey’s watch or the dark side of Darth Vader? Featuring themes and artwork inspired by The Mandalorian live-action TV series on Disney+, Monopoly: Star Wars The Child Edition lets you roam about the classic Monopoly board (with an obvious, glaring twist) as The Child.

While you’re zooming around the Monopoly galaxy, you can buy and sell Hideouts and Common Houses and pick up Camtono and Bounty Puck cards. Truly destined for the stocking of your biggest Star Wars fiend of a friend.

The iconic toy from your childhood is back — and best of all, it’s now R2-D2. Literally what’s not to love?

Keep him clean and happy, teach him up to 19 skills and play through seven mini-games: just don’t leave him too long, or the Jawas will come and steal him. But would anyone ever abandon R2-D2? Build up Yoda block-by-block, create the Millennium Falcon or get ready for The Book Of Boba Fett with a Star Wars LEGO replica of Boba Fett’s helmet. For those who like to create their own galaxies and worlds, or who are simply a little addicted to the strangely comforting LEGO Masters. 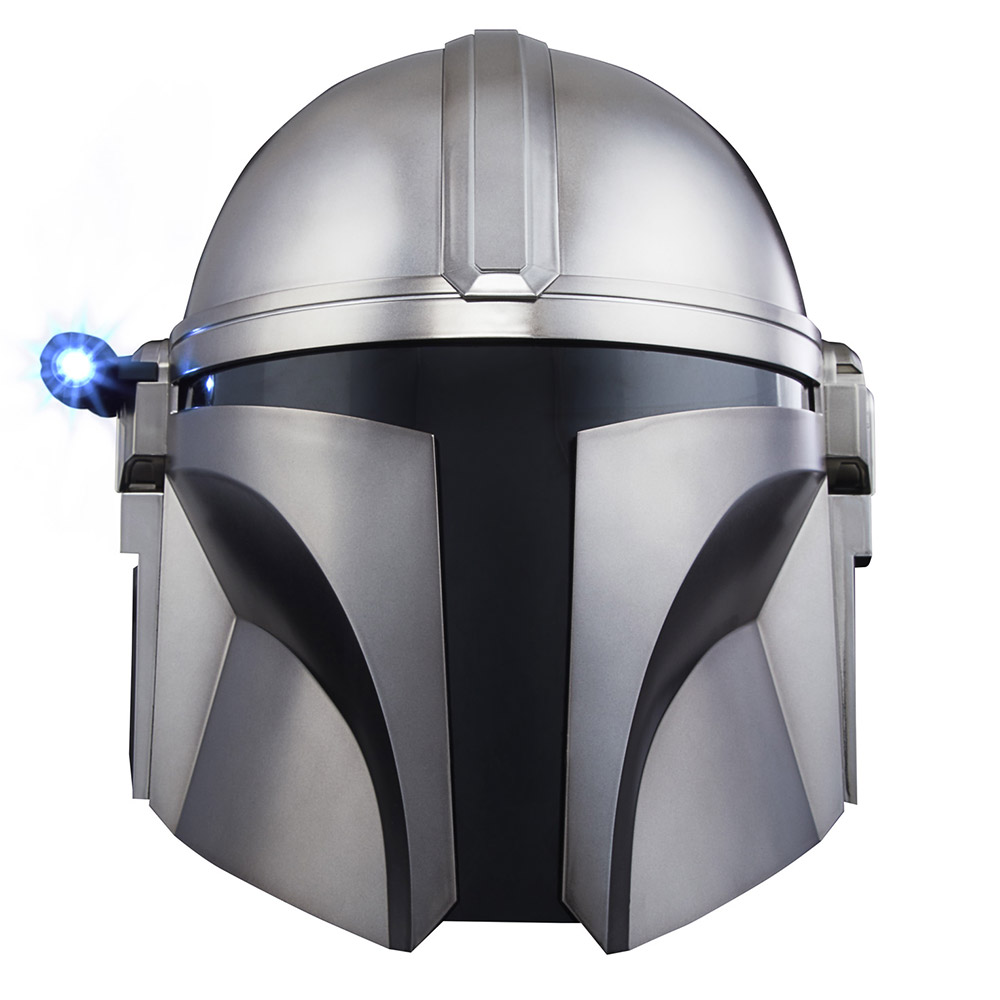 Who among us hasn’t wanted to try on a Beskar helmet? This replica of Mando’s own comes with interior lights and a removable tactical LED light, to lead your pal on the path ahead. It is a widely accepted fact that petware is a purr-fect gift for those lucky enough to have a cat or dog in their life. Why not get a loved one’s pooch a Xmas-themed Darth Vader bow tie, or a Grogu bandana? Or a Star Wars leash for a dog demanding a walk?

To say there’s a lot of Star Wars lore is an understatement: the bright, rich world is filled with endless stories. For those keeping track, this visual guide captures the stories currently told, showing how The Mandalorian ties into the nine films, plus where spin-off Solo fits in and more. It’s written by true experts, and illustrated beautifully, too: a true collector’s item. I don’t care what anyone says – you’re never to old for a plush toy. Think of all those cold, lonely nights when your bed feels three times larger than it actually is.

Fill it with your fave Star Wars characters in plush form and you’ll never be alone again.