Skim, Pea Or Full Fat? Here’s A Handy Guide To The Mystical World Of Milk

We found ourselves in a little pickle this morning at the Melbourne PEDESTRIAN.TV office.

Strolling towards our local coffee shop, we began discussing the undeniably riveting topic of Which Milk Is The Best To Drink.

None of us were particularly sure – was full-cream the way to go? Is skim better for you, or does it have more sugar than regular milk? Does soy make your barking spiders stink? Does God exist?

We didn’t know the answers. But now we do. So we proudly present to you all:

A GUIDE TO MILK

We begin with the bog standard. Full cream. From a cowie’s udder.

To be considered full cream (or full-fat), the milk should contain on average 3.8% fat. It’s extracted from the moo cow teets, then homogenised and pasteurised into a silky smooth liquid.

Full cream milk is really high in calcium. It’s great for keeping your bones strong, and that’s why it’s usually the choice for little human tots when they’re weaning off mother’s abundant breast.

But don’t let the name ‘full fat’ fool you. It’s not necessarily worse for your waistline than skim milk. Last year, TIME published a pretty convincing piece on why full cream is probably a better choice than skim, even though it technically has more calories, with this particularly striking point:

“Some researchers argue that not all calories are equal—especially when it comes to weight gain. Also, focusing on calories-per-serving largely ignores a mammoth factor when it comes to obesity … fatty acids that are stripped out of reduced-fat dairy may help you feel full sooner and stay full longer—meaning you’ll eat less now and in the coming hours.”

It’s made by separating the fat out of the milk, then skimming it off the top. This process removes Vitamins A and D, which are then manually added after the fat’s removed.

As anyone who’s had skim milk cross their lips will attest, the taste is usually not as distinctive as full cream – the consistency is a fair bit thinner, resulting in a different mouthfeel too.

I didn’t actually know this even existed till today.

It was specifically designed for those among us who’re lactose intolerant. These people don’t have enough of the enzyme lactase in their body, meaning they find it difficult to break down lactose – which can result in abdominal pain, a rumbly tummy and a bum going off like a frog in a sock.

This one still comes from a cow, but it’s processed in such a way that the lactose is removed. Nifty.

To gain the organic tick of approval, the cows this milk comes from can’t have Bovine Growth Hormone (BGH) and must be pasture fed.

According to the Organic Dairy Farmers Australia website, “To be Certified Organic, [farms must] follow a strict set of standards that prohibit the use of chemical fertilizers, pesticides and antibiotics.”

They ask questions like “what makes a cow happy?” and are genuinely concerned with making as little environmental impact as they can in the process of harvesting milk. PETA are still skeptical, unfortunately.

You could fit 6 laddergoats in the space that two cows would take up, and they eat less – meaning they could very well be a more sustainable option.

The biochemistry and thermodynamics of goat milk are far more similar than cows milk to human milk – meaning it’s usually easier for us to digest.

When you Google “what does goat milk taste like?” you get a whole bunch of results talking about a ‘goaty’ taste:

Whatever that means. Moving on.

Almond milk is considered to be pretty tréndy at the mo, but it’s actually been around since the middle ages. Because it comes from plants, it’s a ripper for lent, and back before fridges were invented it lasted way longer than dairy.

You can make it by grinding almonds in a blender with water, then straining out the almond pulp (flesh) with a strainer, cheesecloth, or nut milk bag. Yes, a nut milk bag. And almonds aren’t the only nuts that can be utilised in this process: cashews, macadamias, walnuts, hazelnuts and Brazil nuts are partial to the squeeze, too.

Almond milk’s copped a fair bit of criticism as of late for being bad for the planet since it takes so much water to make the stuff, though – so you might wanna reconsider.

Soy milk is another good one for lactose intolerant folks.

Some vegans froth on it too. It’s made from soybeans with no animal product. Naturally, it’s free of cholesterol and low in saturated fats. Soy milk isn’t naturally high in calcium, but a lot of brands add calcium in to side step this neg.

That said – a 2008 Harvard study found a correlation between soy intake and decreased fertility and sperm quality. For the love of your swimmers!

It’s made by squeezing grated coconut meat through cheesecloth. The contents are then soaked in water before a second squeezing to produce thin coconut milk.

The health pros and cons of the milk are plentiful. It’s another lactose intolerant friendly drank that is highly sweet and delicious. But, it’s got high calorie content and lotsa saturated fat. 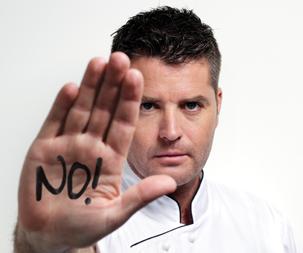 Rice milk is made from rice.

No word of a lie, m’lady

That said, its faults are many. It’s lower in protes and calcium than regular milk, as well as being high in carbs and sugar… Meaning it’s a bad choice for diabetics, the elderly and athletes, too.

Pea milk is the hot new malk on the scene – having only been invented very recently.

We wrote about it last week. It’s a soy and nut-free alternative, and apparently it doesn’t taste too rank. The creators “separate the good stuff from the peas from all of the stuff that kind of gives it that off-flavor and color,” to make the healthy liquid.

It boast eight times the protein of almond milk, and 50% more calcium that moo cow milk, and it’s better for the environment than traditional milks, too. No word on when it’s coming to Australia, but it’ll be available at Wholefoods and Target in the US next month, FWIW.

And that’s your milkucation, done.